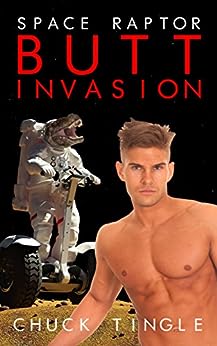 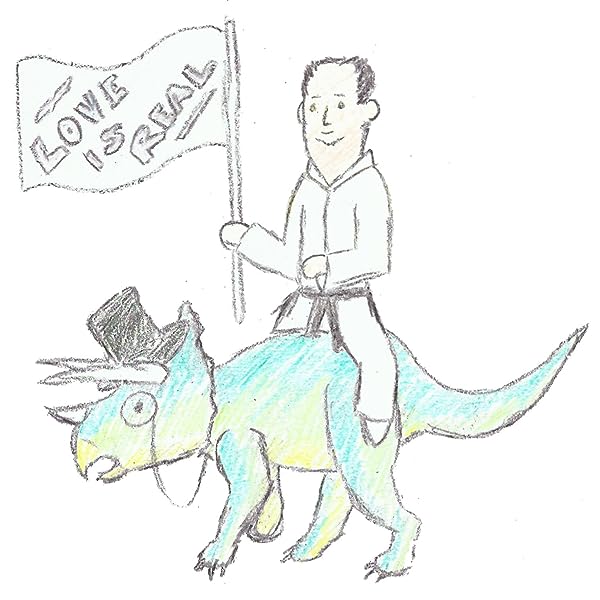 Nathan Wood
5.0 out of 5 stars Best thing i've read all year!
Reviewed in the United Kingdom on 27 January 2015
Verified Purchase
At first i was a little hesitant with Space Raptor Butt Invasion, but as the story progressed i really started to understand the characters to such a deep extent, and after Orion called his orgasm his Jurassic Load, well.... I knew i was keeping this book for life.
Read more
10 people found this helpful
Report abuse

Frankie Saxx
5.0 out of 5 stars When man and raptor learn to love…
Reviewed in the United States on 13 June 2016
Verified Purchase
On the surface, Space Raptor Butt Invasion may appear to be just another exploitation title in a turgid sea of bizarre erotica, but don't let that fool you. Dr. Tingle is to man/dinosaur butt loving what Romero is to zombies. He takes his chosen medium and transforms it into a metaphor for astute social commentary. Beneath the veneer of entertainment, and his stories are highly entertaining, Dr. Tingle asks us to consider deeper questions -- like who we really are and what it means to love.

In Space Raptor Butt Invasion, when budget cuts force the recall of his companion Pike to earth, astronaut Lance is left to supervise the terraforming station on Zorbus alone. Except, he discovers, he's not alone.

There's a slow building, ominous tension around this unknown other -- who is he, how did he get here, what does he want?

When the stranger finally shows up at the airlock of the terraforming station, Lance's curiosity and loneliness overcome his suspicion. He admits the space-suited figure and discovers his companion is not a man at all, but a space raptor on a mission akin to Lance's own.

Together in isolation from their home worlds and their own kind, Lance and Orion discover their similarities are greater than their differences, and that love between a man and a raptor is real.

Space Raptor Butt Invasion asks us to consider who we would be, and who we would love, if we were free of social judgment, and whether we can ever truly be free when we carry that judgment in ourselves. Even in the depths of space, Lance's feelings for Orion are conflicted and complicated by the mores of distant human society. In one poignant and vulnerable moment, Lance asks Orion: “I mean, it’s not gay if it’s a dude raptor and a dude human, right?”

Some people say Chuck Tingle's Hugo Award nomination for this story is a tasteless joke undermining the sanctity of science fiction -- and it may have begun that way. But to those people I would say, the joke's on them that played it. Chuck Tingle's Space Raptor Butt Invasion is a exploration of homophobia and identity that evokes comparison with Barry Longyear's treatment of xenophobia in his classic novella Enemy Mine.

Tingle's work embodies the soul of speculative fiction; through the vehicle of forbidden tales of man/dinosaur love (and what could be more speculative than that?) Dr. Chuck Tingle examines what it means to be human.

JH
5.0 out of 5 stars NOMINATED FOR THE HUGO AWARD!
Reviewed in the United States on 18 September 2017
Verified Purchase
It's a small wonder why this amazing story was nominated. It explores the deeply convoluted aspects of love between human and and another sentient species of unexpected origin. The title does not do the text justice, as Tingle pulls off a difficult subject with style and aplomb, taking his place with ease among the greatest of sci-fi authors.
Must read!
Read more
4 people found this helpful
Report abuse

LX The Young Man
4.0 out of 5 stars LOL what did I just read
Reviewed in the United States on 1 January 2021
Verified Purchase
"You'll take this dino-D and youre gonna like it!" Veeeery nice 🤣
Give this one a read if you're in the mood for some sexual, homoerotic satire.
Read more
One person found this helpful
Report abuse

Alex Studt
5.0 out of 5 stars Best way to spend an evening
Reviewed in the United States on 4 May 2017
Verified Purchase
My deepest regret is that I couldn't give this book ten stars. I read this aloud to friends and we can't remember the last time we felt so much joy. Thank you, Mr. Tingle, for thawing our cold, dead hearts.
Read more
12 people found this helpful
Report abuse
See all reviews
Back to top
Get to Know Us
Make Money with Us
Let Us Help You
And don't forget:
© 1996-2021, Amazon.com, Inc. or its affiliates