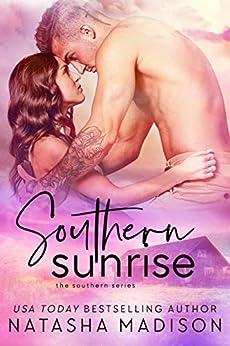 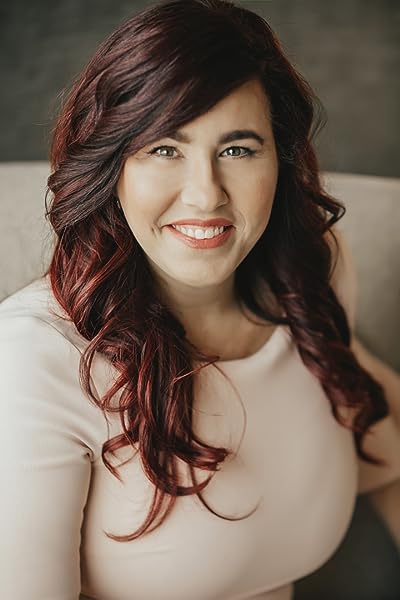 Natasha Madison is a USA Today bestselling author who, when her nose isn't buried in a book or her fingers aren't flying across a keyboard, can be found in the kitchen creating gourmet meals. She can also be found in the car chauffeuring kids or helping her husband schedule his business trips.

Brian Pallino is an audiobook narrator who specializes in contemporary adult and romance novels. The voice of several multi-award-winning series, he loves to bring books to life.

Morais Almeida is an in-demand narrator with a background in film and stage acting. --This text refers to the audioCD edition.

4.6 out of 5 stars
4.6 out of 5
558 global ratings
How are ratings calculated?
To calculate the overall star rating and percentage breakdown by star, we don’t use a simple average. Instead, our system considers things like how recent a review is and if the reviewer bought the item on Amazon. It also analyses reviews to verify trustworthiness.

Addicted2Romance
TOP 1000 REVIEWER
4.0 out of 5 stars Family, Lies and Tragedy
Reviewed in Australia on 8 July 2020
Verified Purchase
Book Four is Ethan and Emily’s story. You will definitely need your tissues on hand for this one it will pull at your heart strings around every corner right up until the last page. This book can be read as a stand-alone but it’s best to start at book one as it will have a lot more meaning when you get to this stage of the story.
Read more
Helpful
Report abuse

Jade B
TOP 1000 REVIEWER
4.0 out of 5 stars Southern Storm
Reviewed in Australia on 5 August 2020
Verified Purchase
This book is emotional, and sweet and all the things a good romance book should be. I really enjoyed it!
Read more
One person found this helpful
Helpful
Report abuse

Rae B
4.0 out of 5 stars Sunrise
Reviewed in Australia on 8 July 2020
Verified Purchase
An enjoyable addition to the Southern series, Ethan and Em were such a sweet couple ... my heart did break for Jacob,
Read more
Helpful
Report abuse

Readers Retreats
TOP 500 REVIEWER
4.0 out of 5 stars I can't believe the series is over
Reviewed in Australia on 7 July 2020
This book has been lingering in the back of my thoughts since I started the series. It's something I have experienced first-hand, finding out by accident that my parents aren't actually my parents. And it's hard to express how much that fundamentally changes you. How it fractures your relationship with the people closest to you.

Because despite nothing changing, everything you think you know about yourself is suddenly wrong. And the people you have trusted have lied to you for your entire life. So I completely understood where Ethan was coming from, BUT I couldn't justify his actions.

Emily was such a sweetheart and knowing how in love they were, I couldn't grasp how Ethan could have walked away. So, I was glad when Emily didn't just roll over and welcome him home. I was even more glad to see him realise the pain and devastation he left behind and set about making amends.

The love and chemistry between these two was awe inspiring. I felt like they were inevitable from the start. And I really loved this conclusion to their family drama. I can't wait to see the next lot of secrets that Natasha has in store for us next year.
Read more
One person found this helpful
Helpful
Report abuse

sharon jones
TOP 500 REVIEWER
5.0 out of 5 stars Ethan & Emily
Reviewed in Australia on 7 July 2020
I didn’t know if I really wanted to read this book to begin with. From reading The End of Southern Storm a whole heap of years pass and in my imagination Ethan is still a little boy.
Well I really should have had more faith in Natasha because Southern Sunrise was both beautiful and heartbreaking to read. The times Ethan retold what had happened to him was devastating at times. But he was magnificently romantic in his pursuit to winning back Emily.
Thankfully this seems to be not the end to the Southern Series and that makes me a happy little reader.
I voluntarily reviewed an advanced readers copy of this book.
Read more
Helpful
Report abuse

Louise O
TOP 500 REVIEWER
5.0 out of 5 stars This book has it all
Reviewed in Australia on 7 July 2020
Hold on for dear life because this one is a rollercoaster; your emotions are going to be wrecked. Southern Sunrise is book 4 in the ‘Southern’ series and it has it all.

Ethan had it all planned out but on his 21st birthday everything he ever knew was torn apart; creating a new life for himself he left everyone behind, even the one he loves the most. Emily has moved on, she is engaged and ready to start the next chapter of her life, its been years she shouldn’t love him anymore, should she?

Ethan broke so many lives when he left; he has a long way to go for forgiveness; can he tick every name off that list?

Right, Madison you slayed me with this book; I have loved the previous 3 books but this was on a whole new level. Ethan’s character has been a constant throughout the series and getting his emotional story has been the best yet; it was so great to catchup with the other ‘Southern’ characters.

I look forward to what’s next!

Wiley Kate (Kylee)
TOP 500 REVIEWER
4.0 out of 5 stars An emotional second chance romance
Reviewed in Australia on 9 July 2020
Southern Sunrise was one emotional roller coaster of a ride. Theirs was a story that was so captivating that I couldn’t put it down. Ethan and Emily both had my heart aching for the pain that they suffered. However Ethan also frustrated me and had me wanting to yell and scream at him for what he put the ones who love him through. This is a second chance romance that grabs your heart and won’t let go. A story that is angsty, passionate, emotional, steamy and heartwarming.
Read more
Helpful
Report abuse

Amanda Drummond
TOP 500 REVIEWER
4.0 out of 5 stars 4 stars
Reviewed in Australia on 7 July 2020
What a great way to end a series! Really enjoyed this book, didn’t want to it to end!
Read more
Helpful
Report abuse
See all reviews

Sarah_Loves_Reading_Romance
5.0 out of 5 stars A beautiful love story for the ages
Reviewed in the United Kingdom on 7 July 2020
Verified Purchase
If you, like me, like love stories that rip your heart out, stamp on it a little, rub salt in the wounds, before putting it back together, Southern Sunrise is the one for you.

With every book in this series, they have gotten better and better, the emotional rollercoaster ride, longer and sweeter and the tears falling more and more, harder and harder, but the is also smile bigger and bigger and your heart feels more and more full. Southern Sunrise is the culmination of all of that.

Falling straight back in to where Southern Storm left off, Ethan has just been given some earth shattering news on his 21st birthday, that made him question his whole existence. The pain too unbearable, he leaves his family and friends behind, running from the only home he has known. He also leaves behind a devastated Emily, the woman he claimed to love, the woman he was going to ask to marry him.

Years later a series of heartbreaking events bring Ethan back to his home town, but he’s a different man now, he’s lived a painful experience and he’s seen things that have changed him. He’s not the only one who has changed though, life didn’t stand still whilst Ethan was away, his family aren’t all thrilled to see him after the way he left and the hurt he caused, his friend has gotten himself engaged, and Emily is the one he’s engaged to. Life moved on, and Ethan now has some agonising conversations to have to earn forgiveness and understanding for his choices. The most painful of which is with Emily, whom he never fell out of love with and wants a second chance with.

Natasha has weaved a story of beautiful torture, where the pain hurts so good it’s cleansing. Ethan and Emily have been given an epic love story, where each and every page evokes a new feeling. I can’t recommend enough, reading this book, 5 stars really doesn’t do it justice, but that’s all I can give on here.
Read more
One person found this helpful
Report abuse

Mags
5.0 out of 5 stars A beautifully written. story that captivated me from the very first page.
Reviewed in the United Kingdom on 11 July 2020
Verified Purchase
Southern Sunrise was a beautifully written story. That poignantly tells the tale of how people's choices and decisions have a ripple effect on those closest to them, and I was utterly captivated from the first page until the last. Furthermore, I was really pulling for Ethan and Emily to find their way back to each other and repair the love they once shared. But also for Ethan to repair his relationships with his family, especially dad Jacob, and I have to say, I found those particular interactions extremely well written and genuinely heart wrenching to read.

Tracey Levesley
5.0 out of 5 stars Amazing
Reviewed in the United Kingdom on 8 July 2020
Verified Purchase
Another amazing book from Natasha Maddison. This one is so beautifully written it’s heartbreaking in places but so full of love. Amazing
Read more
Report abuse

Kindle Customer
4.0 out of 5 stars Really Good,
Reviewed in the United Kingdom on 22 May 2021
Verified Purchase
Lots of emotions in this book, highs and lows. Was enjoyable seeing the grown up Ethan, and reading about other past characters
Read more
Report abuse

Amazon Customer
5.0 out of 5 stars A brilliant read
Reviewed in the United Kingdom on 27 July 2020
Verified Purchase
What a beautiful book to end a fantastic series, this has been one of my favorite series this year
Read more
Report abuse
See all reviews
Back to top
Get to Know Us
Make Money with Us
Let Us Help You
And don't forget:
© 1996-2021, Amazon.com, Inc. or its affiliates