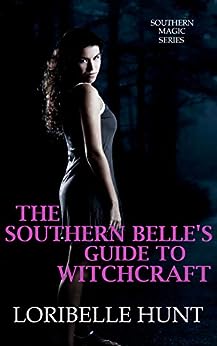 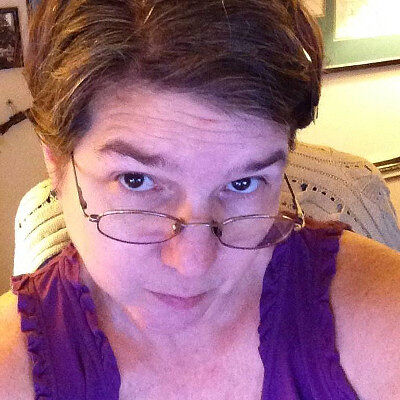 abrasrose
4.0 out of 5 stars Great Heroine
Reviewed in the United States on 18 February 2020
Verified Purchase
Scarlet is the guardian of Purgatory, Alabama. She and her family are powerful witches who protect the town and the various witches, werewolves, vampires, trolls, etc. who live there. One day there is a very gruesome killing that reeks of dark fae. Since she is in charge, Scarlet has to find out what the killer is and what it's trying to do. Scarlet is brave, smart, resourceful and quick thinking. She's also falling in love with the local werewolf alpha. A demon, Roman, becomes Scarlet's tenant and we're not sure of his motivations. The local vampire king, Sawyer, is also in the mix because Scarlet's sister was illegally turned into a vampire before the story begins.

This book is very well written and I really enjoyed the southerness of it all. The plot kept me going and the action was good. While we have chapters in other POVs, this is Scarlet's story. She drives the plot and while the hero, Jake, is a good character, he is definitely the junior partner. I really appreciate a book in which the female expert is actually in charge, not sidelined by the hero.

RabidReads
5.0 out of 5 stars Deep fried fiction at its finest
Reviewed in the United States on 17 March 2015
Verified Purchase
This book’s blurb had fun written all over it, and there’s nothing sexier than a werewolf with handcuffs, so Loribelle Hunt made an easy sale with THE SOUTHERN BELLE’S GUIDE TO WITCHCRAFT. I surmised that this story would be light on intrigue, and heavy on passion, but it was actually fully loaded with both which really worked in SOUTHERN MAGIC’s favour because what originally started out as an lazy Sunday fling now has the potential of being a lengthy affair. The Burke witches have pizazz!

Paranormal Romances routinely only incorporate enough world-building to put the plot into context, thus I was delightfully amazed by the amount of detail that the author opted to include. This series’ universe was lush and vast; from its affluence of supes, to the lore encompassing the Earthly & Terran plains, to the deeply rooted history of the Burke family. Hunt also made future installments hugely appealing with her simple yet efficient set-up, and by getting readers to rally to her secondary characters.

Witches are an acquired taste that I haven’t managed to completely adopt, however Scarlet and her relatives are definitely on the right track. It helped that she wasn’t merely a magic practitioner, but also a capable Guardian, and an all-around stand-up human being. One would have to be in order to take in her deceased sister / cheating ex-husband’s children. The extremes Burke goes to in order defend her town, and kin were enough to make anyone love her, including this witch-y naysayer.

The romance was understated, yet impossible to overlook; for one, the chief of police presented an imposing, but tasty figure, and two, they never had sex in a bed! The hood of a car scored big points, however first place goes to the lunchtime hook-up they had on his desk AT the station. It’s good to be alpha! I liked that these scenes didn’t drag on as they are wont to do in this genre, although Scarlet’s chain insta-O’s were a little too rapid fire to be convincing, but that’s par for the course in PNR.

Kindle Customer
5.0 out of 5 stars Very good
Reviewed in the United States on 9 March 2015
Verified Purchase
I really liked this book. It has a good mystery and plenty of action. Can't wait for the next one.
Read more
Report abuse

Michelle B
5.0 out of 5 stars Five Stars
Reviewed in the United States on 4 June 2016
Verified Purchase
It's was a great book can't wait for the next one
Read more
Report abuse
See all reviews
Back to top
Get to Know Us
Make Money with Us
Let Us Help You
And don't forget:
© 1996-2021, Amazon.com, Inc. or its affiliates