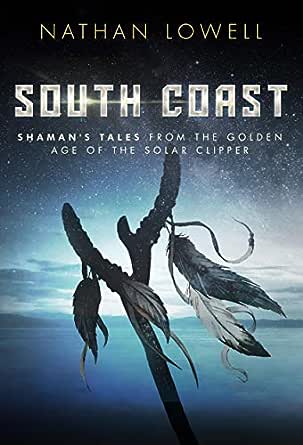 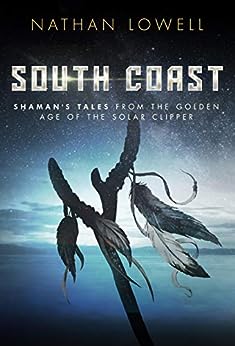 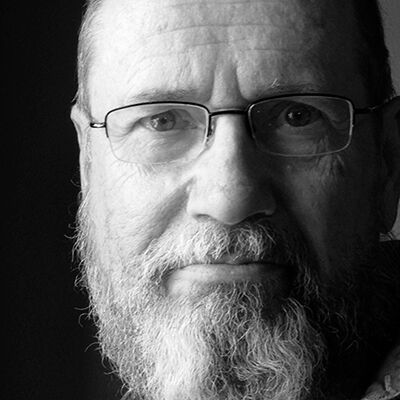 4.6 out of 5 stars
4.6 out of 5
166 global ratings
How are ratings calculated?
To calculate the overall star rating and percentage breakdown by star, we don’t use a simple average. Instead, our system considers things like how recent a review is and if the reviewer bought the item on Amazon. It also analyses reviews to verify trustworthiness.

Kindle Customer
5.0 out of 5 stars Supurb
Reviewed in Australia on 31 May 2017
Fantastic story about a young lad, Otto, who is the son of a Shaman and how he discovers his powers. At the same time, the world he lives on is undergoing it's own change and growth.
Read more
Helpful
Report abuse

5th Buck
5.0 out of 5 stars Nathan Lowell has moved into the top 5 of my favorite authors!
Reviewed in the United States on 1 October 2020
Verified Purchase
This review is for every Kindle novel Nathan Lowell has released to date on Kindle (I read them all over the space of 3 weeks). Mr. Lowell crafts a space-travelling universe that is eminently believable, and then populates his universe with realistic characters. Yes, there is formula in wording and character development, but said formula is so transparent as to almost be invisible. Sure, "I wouldn't turn it down" when a character is asked if he/she wants a cup of coffee/tea becomes a bit tedious after the first 20 times, but not so oddly, it still works! Look, this really isn't a review--it is a recommendation! Get every series he has ever written, start with #1 and read through each one. You won't regret it. And then get "The Wizard's Butler". It stands alone, but I was left wishing it were a series.
Good job, Nathan Lowell!
Read more
5 people found this helpful
Report abuse

DrPat
5.0 out of 5 stars Shaman's Son Is a Shaman
Reviewed in the United States on 3 December 2014
Verified Purchase
It is a powerful world-builder who can create a tale where incidental characters have a viable back-story.

Here again is a series about a young man's discovery of his own power to succeed at life. If you have read Lowell's previous novels in the "Golden Age of the Solar Clipper", you are familiar with this theme.

Without any spoilers: In the Trader's Tales from that age (Quarter Share, Half Share, etc.), young Ishmael Wang comes of age through a series of positions on merchant spaceships. Wang's "spirit guide' on these voyages is a dolphin-shaped whelkie, rough-carved and finished with a deep purple bit of shell by a shaman on the south coast of a planet named St. Cloud.

The Shaman's Tales from that age shows us how the power to imbue the whelkie with a guiding spirit is given to the shaman. To start, as we are told many times, "the son of the shaman is a shaman." But we gradually learn that this power does not come easily, and is hard for even a willing son to learn from his father.

And when the son is not certain he wants to be a shaman?

As with the Trader's Tales, and the Tanyth Fairport series, there is a strong theme of economic reality here. Deep-sea fishing as a business is part of the tale of South Coast, as is the comfortable village life of a remote fishing community.

South Coast can stand on its own, but it also adds depth to the space-going side of Lowell's Solar Clipper universe. I can hardly wait for the next in the series (Cape Grace) to appear as a book.
Read more
29 people found this helpful
Report abuse

Kristopher M. Schnee
3.0 out of 5 stars Proceeds Without Incident
Reviewed in the United States on 18 December 2016
Verified Purchase
"South Coast" is what I'm coming to see as "quiet SF", where there are no explosions or galactic empires. A good example of the genre is M.C.A. Hogarth's "Mindtouch". This one, I'm ambivalent about. "South Coast"'s blurb talks about how one main character (Otto) is fated to become a shaman, and the other (Jimmy) is dealing with a corporate threat to the whole coast's fishing economy. Did the book deliver on those plots? Yes, and it was interesting enough to keep reading, but it didn't deliver anything particularly exciting or touching.

Otto finds he's becoming a shaman. What does that mean in this SF setting? It means he learns how to identify interesting bits of wood and carve them into little animal totems that may or may not actually do anything; and he occasionally has minor insights about villagers' lives. Not only is there no real conflict over whether his powers are real or meaningful, his existence has no effect on the other plotline. He could be the reluctant son of a pastry chef, or die on page two, for all it matters. So this story is a quiet stand-alone plot about a boy reluctantly deciding to follow in his father's footsteps to... walk the beach and carve driftwood. I wasn't moved by this. I was kind of hoping for actual magic/tech powers of some sort, or having the shamanic religion interact with other events in a way that matters, or some discussion about how religion works in a future setting. The father does one thing that might be magical, but neither the truth of it nor anyone's opinion matters, so why is it there? The scene would've been about the same without it.

The fishing plot is more interesting. A mysterious directive gets handed down from corporate management, and there's reason to think it's a stock scam or an attempt to chase everybody off the planet by force, ruining the lives of the colonists. I expected a heroic effort to defend the people's home while uncovering the truth and fending off outsiders who want them to fail for nefarious or callous reasons. What actually happens? When the directive's reason gets revealed, the characters just say "oh" and go back to recalculating optimal fishery harvest tactics. (For comparison, imagine "The Martian" if Watney didn't have to travel, and was just building potato greenhouses.) There's talk of a mighty engineering project to do something hard and spectacular to make quota, but this idea gets scaled down and proceeds without incident.

"Proceeds without incident" sums up the book, actually. I don't demand starships exploding in every story, but if there's no action plot, does anybody face a tough moral choice and grow from their experience? Here, I don't think so. So, there's kind of an interesting story here, but it didn't excite me.
Read more
10 people found this helpful
Report abuse

Ed Burkhead
5.0 out of 5 stars Very good
Reviewed in the United States on 16 February 2020
Verified Purchase
While this book is SF and takes place on a different and company owned planet, it is, primarily, a sea and fishing story.

Not something I'd normally like, but, I liked it a lot. It is a good story, well written, and typical of Nathan Lowell. It did have SF elements and was eminently worth reading.

I would recommend (and have read more than twice) any books and series by Nathan Lowell. I'd especially recommend "Quarter Share" which is a good entry to one of his series.
Read more
2 people found this helpful
Report abuse

JAK
5.0 out of 5 stars If I could give 6 stars I would!
Reviewed in the United States on 13 August 2016
Verified Purchase
Nathan Lowell is one of those authors who is incapable of writing a bad story. I first listened to his podiobooks and later bought them all to read. The funny thing is even as I read them, in my head I hear Mr. Lowell's calm friendly voice reading the story to me... Strange? I dunno but I'm happy with it.

South Coast is a wonderful coming of age story for both Ottoman, a teenage son a a Shaman, and his father, Richard, the Shaman. I included Richard intentionally because he does some growing up of his own in this story. Interwoven in the plot is a real problem for the people in Otto's world. The corporation that sponsors them is tightening it's grip and raising the quotas that the fishermen must meet. If they fail to meet the quotas, the corporation can ship them off planet. The problem is that the quotas are so much higher than before that it seems like a plot is afoot to empty the planet of its inhabitants. So the story goes on to cover the struggle of the fishing community to deal with these daunting issues.

The only problem I have with this story is - that it ended. I could have kept reading and reading and reading.
Read more
5 people found this helpful
Report abuse
See all reviews
Back to top
Get to Know Us
Make Money with Us
Let Us Help You
And don't forget:
© 1996-2021, Amazon.com, Inc. or its affiliates