$57.78
And FREE delivery on eligible orders. See details and conditions
Sold by: Amazon AU
Flip to back Flip to front
Listen Playing... Paused   You're listening to a sample of the Audible audio edition.
Learn more
See all 2 images 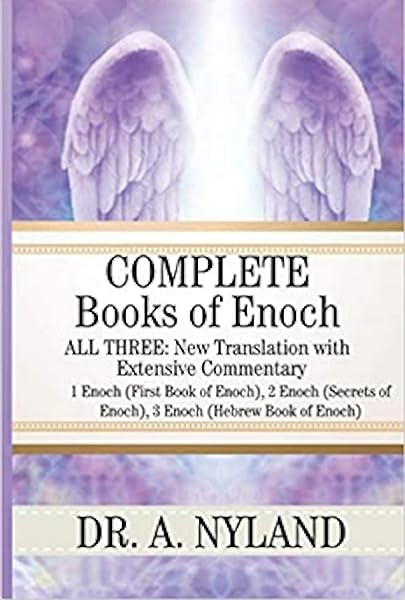 Dr Nyland is a Classical Greek language scholar who served as Faculty in the Department of Classics and Ancient History at the University of New England, Australia. Her research field is Greek lexicography from Homeric to Hellenistic times. She is well published academically in the fields of both Greek and Hittite lexicography.

Devon customer
5.0 out of 5 stars Fresh reading
Reviewed in the United Kingdom on 16 October 2019
Verified Purchase
If you are serious in bible study, a student, priest, teacher, preacher this is so helpful, not only does it highlight poor and miss-translation in the past but based on sound new findings and research but it opens up the text to fresh interpretation that is both challenging and helpful - stop basing sermons etc on commentaries which are years and years old! Make sure you get the full text with all the footnotes and endnotes not just the text alone.
Read more
One person found this helpful
Report abuse

UnicornsRule
4.0 out of 5 stars Excellent Translation
Reviewed in the United Kingdom on 6 January 2013
Verified Purchase
The extensive footnotes throughout show the thought that has been put into this translation of the greek. I was quite delighted to find at least one verse which doesn't seem to make any sense in the NIV translation has found its meaning again in this version. I would hesitate to use it in complete replacement of my NIV new testament as I feel a few words have been translated a bit too literally. However I use it constantly together with my NIV when looking up bible verses and reading through the new testament.
I would highly recommend this as essential reading to any Christian. It's very important for us to understand as much of the bible as we can, even if some of the footnotes are a bit hard to muscle through when you're not trained in classical greek.
Read more
4 people found this helpful
Report abuse

Julie P.
5.0 out of 5 stars A very interesting read!
Reviewed in the United Kingdom on 15 January 2013
Verified Purchase
I first heard about this translation from a friend of my daughter. The footnotes are very helpful indeed, and the translation makes a fresh reading experience of well known Bible verses. There are also some very interesting twists in the Greek that are either flattened out or simply untranslated in standard Bible translations. This is not a Bible for someone unused to academic texts (or for a new Christian); but having said this, it is definitely NOT a theological tome. The translation is very readable, and I have recommended it to friends and family alike.
Read more
3 people found this helpful
Report abuse

Amazon Customer
5.0 out of 5 stars Invaluable aid to getting that last 10% of meaning from the text
Reviewed in the United Kingdom on 21 November 2013
Verified Purchase
A spot of Googling suggests this author has some axes to grind, but they rarely intrude into her notes and are pretty obvious when they do. Meanwhile her knowledge of Koine Greek as she was spoke puts many experts to shame - the hype on the back cover seems very close to the truth. Should add I have lived in Greece and became reasonably fluent in modern Greek, studied classical at Uni and follow Randall Buth's work with interest. To repeat - invaluable aid to getting that last 10% of meaning from the text
Read more
2 people found this helpful
Report abuse
See all reviews
Back to top
Get to Know Us
Make Money with Us
Let Us Help You
And don't forget:
© 1996-2021, Amazon.com, Inc. or its affiliates