The Soul Of A Thief and over 1.5 million other books are available for Amazon Kindle . Learn more
Share <Embed> 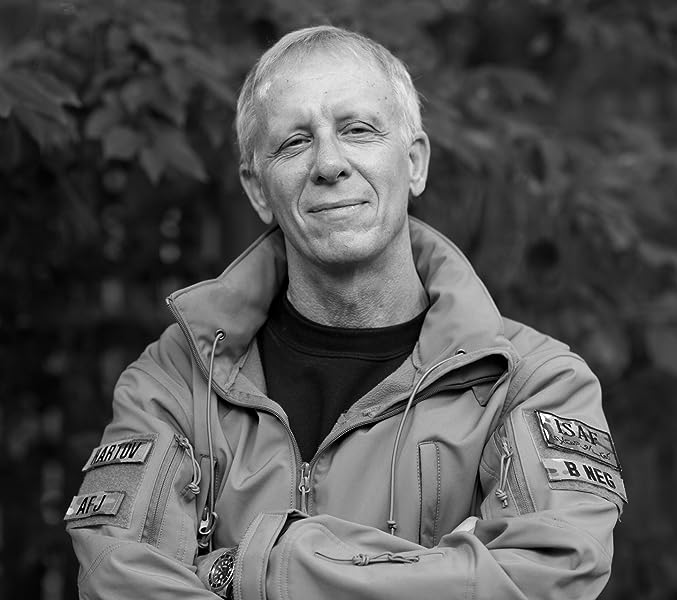 Page 1 of 1 Start overPage 1 of 1
Previous page
Next page
Start reading The Soul Of A Thief on your Kindle in under a minute.

"An old-fashioned 'ripping yarn' from a master writer who knows how to keep the characters vivid, the plot twisting, and the action coming hot and heavy." --Steven Pressfield, author of Gates of Fire "Steven Hartov takes us on an SS commando's headlong rush across German-occupied Europe from France to the battlefield of Russia and back again just in time for D-day, in the company of a brutally efficient SS-colonel and his decidedly non-Aryan adjutant. Hartov tells a story about Nazis and Jews on the same side of the front lines that few could have conceived but the likes of which had to have happened. Between the spring of 1943 and the summer of 1944 The Soul of a Thief packs a lifetime of human experiences into a year of European wartime." --Alex Rosenberg, author of The Girl from Krakow "The Soul of a Thief is a war drama, a cat-and-mouse thriller and a coming-of-age love story, all wrapped into a terrific and compulsive read. Hartov offers a novel and human perspective of the German side of the Second World War through the eyes of one young reluctant recruit and the enigmatic colonel whom he admires, fears and, ultimately, plots to outwit." --Daniel Kalla, bestselling author of The Far Side Of the Sky and Nightfall Over Shanghai "Steven Hartov's WWII novel The Soul of a Thief is a literary tour de force on par with Mark Sullivan's Beneath a Scarlet Sky for three simple reasons: he knows his history, he writes with the beauty of Fitzgerald, and he loves his characters. This is an outstanding historical fiction novel illuminating a little-known aspect of the German war machine: the half- and quarter-Jews known as Mischlinge fighting, sometimes willingly, on behalf of Hitler's Third Reich." --Samuel Marquis, author of Bodyguard of Deception and Altar of Resistance "Rich...the wealth of details about the Mischlinge makes for an engrossing account of a lesser-known side of the war." --Publishers Weekly "A fast-moving plot and vivid characters make this a most satisfying read." --Kirkus Reviews

STEVEN HARTOV is the coauthor of the New York Times bestseller In the Company of Heroes, as well as The Night Stalkers and Afghanistan on the Bounce. For six years he served as Editor-in-Chief of Special Operations Report. He has appeared on CNN, MSNBC, CNBC, FOX, and most recently the History Channel's Secret Armies. A former Merchant Marine sailor, Israeli Defense Forces paratrooper and special operator, he is currently a Task Force Commander in the New York Guard. He lives in New Jersey.

M Mercer
5.0 out of 5 stars Un-putdownable!
Reviewed in the United Kingdom on 13 September 2018
Verified Purchase
The first thing I noticed about this book was that it was written in 1st person. Usually - I hate that. However, I was hooked pretty much from the first page. The author's style is so immersive, you see, hear and think through the main character Shtephan. Little by little, you come to realize the full horror of what is unfolding. The landscape around you becomes like another character. The prose is superb - not short and choppy but flowing and almost poetic. It works. I couldn't put this book down and I galloped through it because I had to know the outcome. No spoilers but you must read it.
When I finished it, I thought about it all day. I'll read it again in a week or so - but much more slowly. It's that good.

amachinist
5.0 out of 5 stars No Honor Among Thieves
Reviewed in the United States on 27 April 2018
Verified Purchase
After his expulsion from high school, the Austrian Stefan Brandt, the protagonist, volunteers to work in a Viennese hospital. There he is seen by Wehrmacht SS Colonel Erich Himmel who is visiting wounded members of his Commando company. Himmel views Brandt's lanky torso, blonde hair and blue eyes as a perfect specimen of the Aryan race and insists that the boy join his staff as an adjutant. In fact, Brandt is a Mischling because his maternal grandmother was Jewish. He conceals this information from his Commander, an ardent Nazi and fierce fighter with metals and battle scars earned, including an eye patch, all of which prove he is battle tested. Brandt and his comrades admire Himmel for his bravado, tactical skills and self-confidence, but they also fear his sadism, lechery and amorality. The line between being in control and being out of control makes those under Himmel's command ever on the alert.

In the spring of 1944, Himmel realizes that the war will end badly for Germany. He begins to plan his escape and the theft of the wealth he will need for his new life. He needs the assistance of his adjutant to pull off the heist. Brandt, meanwhile, has a heist of this own in mind: the hand of the radiant French Jewish nurse whom he loves and for whom Himmel has unbridled lust. Which man is the better thief?

Hartov's prose borders on poetry in many of the passages. Other times, his writing is sinuous requiring this reviewer, at least, to reread sentences to grasp the full meaning of the wit, satire or sarcasm hidden there in. It is quite perfect for a plot laced with the feint of this den of thieves who twist the emotions of other characters and the reader himself. Well done!

R. R. Washburn
5.0 out of 5 stars Extremely moving and visual.
Reviewed in the United States on 26 April 2018
Verified Purchase
I loved this book. I started it on Saturday and finished it on Sunday. What I thought was going to be a war novel turned into so much more. This is a story of war, love, romance, youth, courage, honor and betrayal. We are compelled into living the book through the strong, complex and conflicting emotions of the characters. The prose of the writer and his flowing descriptions of the places and events make the book seem as if I were watching a film. I am rarely moved to tears while reading a novel but my eyes blurred so bad during certain passages and particularly the ending I couldn’t see the page. This is a must read! Like “For Whom the Bells Tolled”, this book is not just for men. Women and young adults will also be moved by it. I will be looking for it on the best seller’s list soon. Thank you, Mr. Hartov.
Read more
3 people found this helpful
Report abuse

FrequentBuyer
5.0 out of 5 stars An absolute must read.
Reviewed in the United States on 20 May 2018
Verified Purchase
Steven Hartov is possibly one of the greatest authors of our present time and his newest novel solidifies his place among literary geniuses.
The Soul of a Thief will take you on a journey, not just through love and war, but also through every emotion within yourself. There is such brilliance and clarity in Hartov’s writing that one almost feels transported through time and place, finding yourself on the actual battle zones.
If you are looking for a book which you simply cannot put down, look no further - the Soul of a Thief will leave you desperate for a sequel.

Marquis
5.0 out of 5 stars Writing That Holds You in Its Thrall
Reviewed in the United States on 6 May 2020
Verified Purchase
From start to finish, “The Soul of a Thief” takes you on its gripping, gut-wrenching journey of a conscripted Nazi SS young soldier’s faceoff with every moral quandary there is. His secret? His great-grandmother was a Jew, a reality that could send him to his death.

Steven Hartov conveys the complex emotions of soldiers, the occupied, and the choices faced in war with conviction and truth. The battle scene on the Russian front was particularly gripping, leaving me feeling the brutal cold and horrifying plane ride from Germany in dead of night as if I were along for the ride.

The author’s obvious personal knowledge of the places he describes makes this a hard book to put down. I’ll definitely be reading more by him. Bravo!