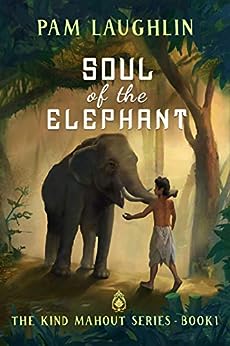 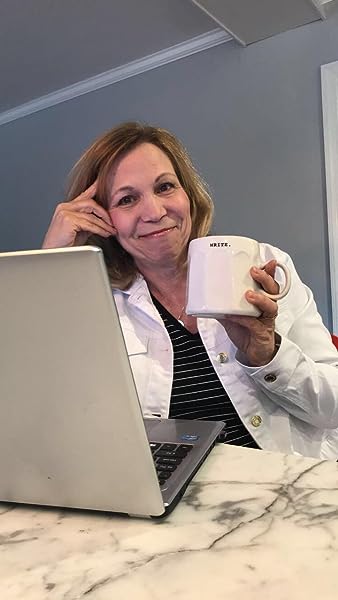 Soul of the Elephant: An Historical Adventure (The Kind Mahout Book 1) Kindle Edition

AUTHOR: Yup, I was one of those kids. Call me an avid reader or a book nerd, but my head was buried in books as I walked down the halls. The librarian knew me by first name and favorite genre, and I thought the March sisters were way cooler than the girls in school. Things haven't changed much. I still love the way a great book can transport me to a different place and time, and I continue to bond with imaginary characters and fantastic stories. I was born and raised in New Jersey but don't hold that against me. Believe it or not, New Jersey has some beautiful spots and I'm lucky enough to live in one of them with a pack load of males (my husband, 3 sons and 2 Havenese furry boys). I've been a writer most of my life, starting in 3rd grade when my short story won the school writing competition. It was about a family that lived in a freckle, so I guess I've suffered from FPP (fantasy prone personality) from an early age. Thank God!

Pam lives in New Jersey with a mob of males (her husband, 3 sons and 2 Havenese pups). She’s written for over thirty years, mostly technical “how to use” guides, manuals, and instructions that people refused to read. She’s also worked as a reporter covering human interest stories, was a creative editor for an online monthly magazine, and owned a craft-of-the-month club for children. When she’s not writing, she enjoys cooking, reading, gardening, and cutting the cheese as a professional cheesemonger.

Her short story, Combat Paper, was published in Folio Oak Literary Magazine and won the Writer’s Village University short story contest. Other work has appeared in Edify Publications, Blink Ink, City Kidz World Magazine, and blogs galore. The Soul of the Elephant is her first full-length historical novel. She hopes to transport readers to a magical and mystical world (even if just for a little while) that’s jam-packed with mahouts, spirit animals, wonderworkers, and adventure.

Rebecca Grace
5.0 out of 5 stars Wonderful Story
Reviewed in the United States on 19 August 2019
Verified Purchase
This book grabbed me immediately from the beginning and held me all the way through. It's a heartfelt story of growing and learning, and the characters came alive to me. Hemit is a character you won't soon forget and I put down the book at the end with a satisfied sigh, but still wishing I could keep reading more. The story of Hemit is one of youth painfully learning the lessons of growing up as he clashes with his father and his ways, but it's also one of love and promise for him of the future. I look forward to more from author Pam Laughlin. She has a way of making the time period and the exotic region of south India come alive.
Read more
2 people found this helpful
Report abuse

Maulik Shah
5.0 out of 5 stars Took to a different world with a thorough narration
Reviewed in the United States on 25 August 2019
Verified Purchase
Very entertaining for all ages. I couldn’t put it down once started. Even kids loved reading this. Looking forward to next book.
Read more
One person found this helpful
Report abuse

I. Malone
5.0 out of 5 stars Capitavating Read!
Reviewed in the United States on 23 August 2019
Verified Purchase
The storyline follows a young boy whose family raises elephants. I loved how the personal side of the story drew you in and then all the fascinating aspects of life in India from the food, interpersonal relationships, culture were weaved throughout the storyline.
Read more
One person found this helpful
Report abuse
See all reviews
Back to top
Get to Know Us
Make Money with Us
Let Us Help You
And don't forget:
© 1996-2021, Amazon.com, Inc. or its affiliates