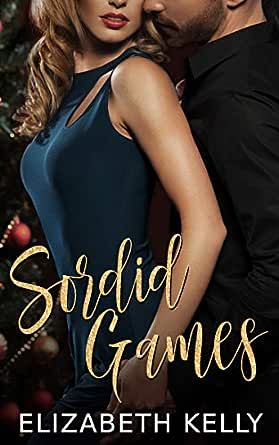 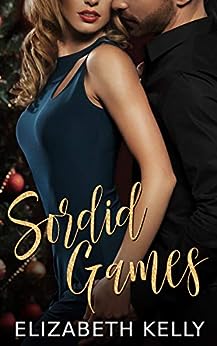 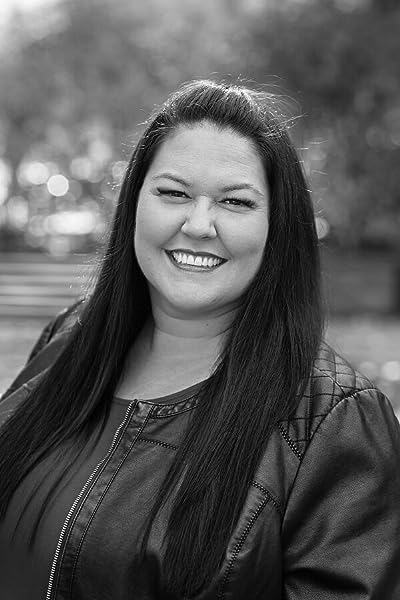 Daisy Morrison’s plan for a quiet and perfectly dull Christmas isn’t working out. Her roommate has a secret boyfriend and, terrified her family will find out, convinces Daisy to be her pretend lesbian lover during the holidays. Sleeping with a handsome and sexy stranger the night before she meets her “girlfriend’s” family probably isn’t Daisy’s wisest idea. But it’s only one night. What could possibly go wrong?

Wes McKinley wasn’t looking to hook up at the bar during the holidays. He just needed a night away from his crazy, well-meaning family. But when he meets Daisy, he can’t resist her sweetness or the instant connection they have. Sleeping with a woman he barely knows isn’t his usual thing, but it’s only one night. What could possibly go wrong?

When Wes and Daisy meet again in the last place they expected, Wes suspects she’s playing games. But if he has his way, in the end neither of them will lose…

Elizabeth Kelly was born and raised in Ontario, Canada. She moved west as a teenager and now lives in Alberta with her husband and a menagerie of pets. She firmly believes that a person can survive solely on sushi and coffee, and only her husband's mad cooking skills prevents her from proving that theory.

Rêvvâ Tênâg
TOP 500 REVIEWER
5.0 out of 5 stars Excellent
9 September 2018
Format: Kindle Edition
Loved it!
I read this out of the Dirty it Up anthology

Kim
5.0 out of 5 stars Adorable...
9 December 2018 - Published on Amazon.com
Format: Kindle EditionVerified Purchase
This story was great! The things you do to help a friend... oh bother. Fun characters... the Grandma... the Mom.... yummy sex... just all around a good read! Made me laugh out loud.
Read more

Annie
5.0 out of 5 stars So humorous and heart warming
24 November 2018 - Published on Amazon.com
Format: Kindle EditionVerified Purchase
In my opinion the story is fun. There are LOL moments. Some really intimate love scenes and family moments that remind us that love of family is marvelous.
Read more

Book Babe
5.0 out of 5 stars Cute Holiday Romance
24 January 2019 - Published on Amazon.com
Format: Kindle Edition
Daisy Morrison is a really good friend. She’s agreed (albeit reluctantly) to pretend to be her roommate’s lesbian lover for the holidays to help her friend hide the Romeo & Juliet love affair she really has going on from her family. But good deeds do not go overlooked when Daisy’s attractive ONS turns out to be her roommate’s brother.

This was the fun, lighthearted and sexy holiday story I was looking for! The premise and the characters were cute, the story flowed well, and there wasn’t a shortage of laughs.

Wes McKinley, 32, made not only a confident (but not cocky) holiday lover, but a ‘for keeps’ boyfriend as well. He's a nice, down-to-Earth guy with charm and integrity. Oh and he’s quite talented in the bedroom too.

Daisy is a sweet and likable heroine. She rolled with all the punches well, and I was rooting for her and Wes to make it last.

Told via their dual first person POV, there was just the right balance of steamy encounters alongside the humorous plot and entertaining secondary characters. A winner all the way round!

Roxmary
5.0 out of 5 stars Love this book
31 August 2018 - Published on Amazon.com
Format: Kindle Edition
I love this book. I originally read it as part of anthology, but now you can get it as an individual book. It was truly my favorite book in the anthology and now I’m glad everyone can enjoy it as an individual book. It had so many laugh out loud moments, Daisy and Wes have great chemistry and the antics in this book are hilarious and the love story is amazing.
Read more

Tarra81
5.0 out of 5 stars Love this book!!
31 August 2018 - Published on Amazon.com
Format: Kindle Edition
I love the chemistry between Wes and Daisy!! Daisy went home with her friend/roomie to met her family for the holidays. Little did she know she met her friend's brother the night before as her one night stand. Daisy is supposed to be pretending to be her friend 's "girlfriend" . Definitely makes for an interesting holiday!!
Read more
Go to Amazon.com to see all 6 reviews 5.0 out of 5 stars
Get FREE delivery with Amazon Prime
Prime members enjoy FREE Delivery and exclusive access to movies, TV shows, music, Kindle e-books, Twitch Prime, and more.
> Get Started
Back to top
Get to Know Us
Make Money with Us
Let Us Help You
And don't forget:
© 1996-2020, Amazon.com, Inc. or its affiliates