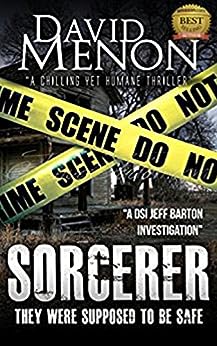 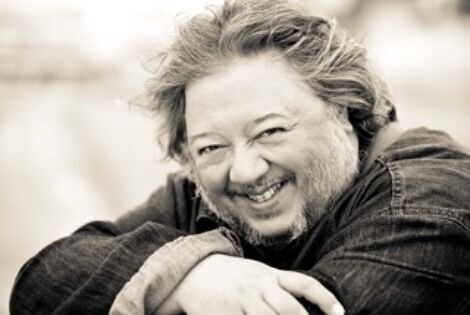 David was born in Derby, England and has lived all over the UK. He now divides his time between Paris and the northwest of England. In 2009 he left a long career in the airline industry to concentrate on establishing his writing career. He's now published seven books and 'Sorceror' is the first in a series featuring Detective Superintendent Jeff Barton. David also teaches English to foreign students and is an activist for the Labour party. He's an avid fan of American singer and poet Stevie Nicks who he calls his 'voice of my inner being' and loves Indian food. --This text refers to an out of print or unavailable edition of this title.

3.5 out of 5 stars
3.5 out of 5
142 global ratings
How are ratings calculated?
To calculate the overall star rating and percentage breakdown by star, we don’t use a simple average. Instead, our system considers things like how recent a review is and if the reviewer bought the item on Amazon. It also analyses reviews to verify trustworthiness.

Sue Bugler
5.0 out of 5 stars I've enjoyed the plots of this author
Reviewed in Australia on 3 June 2016
Verified Purchase
I've enjoyed the plots of this author, but find the homosexual emphasis just unnecessary at times. The editing needs to be sharper because there should be breaks in chapters where the scene changes. However, it's worthwhile putting up with these problems because the story lines are good in all of David Menon's books and the plots are really well developed. Do recommend.
Read more
Helpful
Report abuse

bernard barnwell
4.0 out of 5 stars Thanks David Menon
Reviewed in Australia on 9 April 2015
Verified Purchase
This was first in the series, a bit gruesome, but enjoyable.
Me reading all these detective books based in Britain, a friend thinks I am homesick. How could I be I live in Tasmania in Summer and Australia in Winter. Best of both worlds.

kez
5.0 out of 5 stars Five Stars
Reviewed in Australia on 16 February 2015
Verified Purchase
Some infighting a bit much a too intricate.
But i am hooked on the series
Read more
One person found this helpful
Helpful
Report abuse

Amazon Customer
1.0 out of 5 stars Disappointing
Reviewed in Australia on 10 May 2015
Verified Purchase
Very poorly written, the author's bias comes through strongly...very disappointing...I purchased 5 of this series...big mistake. I won't be reading 2,3,4, and 5.
Read more
One person found this helpful
Helpful
Report abuse
See all reviews

Carl Dixon
5.0 out of 5 stars Brilliant, gripping story
Reviewed in the United Kingdom on 4 October 2017
Verified Purchase
This was a brilliant, gripping story with more twist than a "twisty thing". Just when you think the story can't get any darker - it does.
Characters are believable and you do invest in them (some more than others - I'm looking at you George & Mary!!)
The only thing that lets this book down is the really poor grammar & sentence structure where full stops have been placed in the middle of a sentence, words are misspelled or missing, paragraphs are inserted for no reason and chapters seem to "jump" because they're not broken down into sub-chapters.
Overall a brilliant first book and well worth investing time in.
Read more
Report abuse

Melanie SJ Dent
5.0 out of 5 stars A chilling yet humane thriller
Reviewed in the United Kingdom on 28 December 2013
Verified Purchase
I have wanted to read this ever since it came out and I definitely was not disappointed.

When Superintendent Jeff Barton and his team are called in to investigate human remains found in a former care home for boys they have little idea of the sordid tragedy they will begin to uncover.

Pembroke House was a place surrounded in mystery and sordid rumours of sexual abuse and maltreatment of the young inmates. An allegation was never filed and a corrupt cop, now suffering a major guilt complex,, helped cover the whole thing up.

Jeff Barton is a very human down to earth cop and this story strikes a perfect balance between his work and personal life. Through this we get to know him pretty well and can feel his revulsion and anger at what he and his team discover. There was not one moment when I wasn't rooting for Barton and his team to solve the case. The villains haven't got the shred of human decency they were born with and any reader who feels empathy towards these detestable specimens is probably of their depraved and twisted ilk.

There are many twists and unexpected turns in this beautifully crafted thriller, moments which will make you laugh, cry and be on the edge of your seat. It is an absolute must for crime fiction fans. I wait with baited breath for the next Superintendent Jeff Barton story and the tales of humanity and human tragedy it will undoubtedly unravel. David Menon has created someone very special here, a cop who cares, despite, or perhaps because of, the problems in his own life.

I can't recommend this book highly enough. I must admit I was puzzled by the title for a crime thriller, but it all comes to make sense without a magic spell or boy wizard in sight. The characters and their stories will stay with you long after you click past the last page.
Read more
Report abuse

Richard Cox
2.0 out of 5 stars Frustrating - there's a decent thriller here trying to get out!
Reviewed in the United Kingdom on 5 October 2015
Verified Purchase
Somewhere there's a really good plot trying hard to get out, but it blocked at every turn by meaningless geographical explanations, graphic sex that seems not to enhance the story line, and a lack of breadth in developing the main characters. If the police actually operated like this then villains would have a field day.
Despite the feeling that the reader is being short-changed by the staccato style of dropping in chunks of text that lead nowhere, The Sorcerer does have a flow and a plot that could be developed. My suggestion would be to lose the police characters (police procedures simply do not work this way) and turn the 'crime busters' into private investigators.
Read more
Report abuse
See all reviews
Back to top
Get to Know Us
Make Money with Us
Let Us Help You
And don't forget:
© 1996-2021, Amazon.com, Inc. or its affiliates