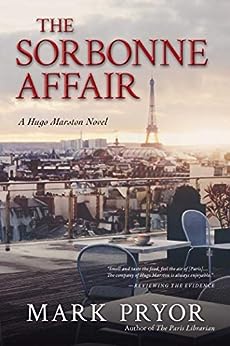 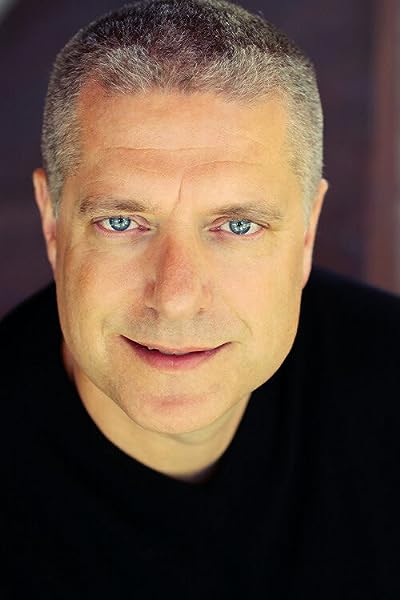 "The flawlessly constructed whodunit sharply contrasts with the gritty flashbacks to Hugh's past, a subplot that rewards series fans with a new layer of depth to the central characters." ― Booklist "Entertaining. . . . A fascinating cast, an intriguing subplot that delves into Hugo's past, and a gorgeous Parisian setting add to the story's appeal." ― Publishers Weekly PRAISE FOR PREVIOUS HUGO MARSTON NOVELS: "Seriously good reading...Paris fans will love the descriptions of the city, recognize favourite places and feel they can see the scenes as the story unfolds...The plot is deftly weaved, intelligent and fast paced and this modern day Sherlock Holmes - think Jack Reacher if he was cultured - isn't perfect a perfect hero, but you'd definitely want him on your side. Clever, sharp, appealing Hugo Marston - a terrific character and a great read." ― The Good Life France "Pryor is an expert at characterization... Equally alive are the Paris locations; to read the book is to smell and taste the food, feel the air of the city, and hear the language... Spending a couple of hours in the company of Hugo Marston is always enjoyable, and reading The Paris Librarian was no exception."

― Reviewing the Evidence "Once you've had a bit, you can't wait for more." ― Oprah.com (on The Bookseller) "Mark Pryor is one of the best new voices in crime fiction; and Hugo Marston, one of the most appealing detectives to come along in years." ― Deborah Crombie, New York Times-bestselling author "Sure to appeal to mystery lovers, book collectors, and Francophiles alike, The Paris Librarian is an welcome addition to an enjoyable series."

― Shelf Awareness for Readers "Those who love Paris and environs will thrill to the setting, which is ably and lovingly evoked....Marston is a well-drawn and engaging character..." ― Bookgasm.com "The sixth Hugo Marston novel has it all: a Paris setting, a locked-room death that may or may not be murder, a beautiful actress who was a spy for the French resistance during the Second World War and a dead Nazi...Marston follows the clues in a finely structured plot that's one of Pryor's best books yet."

Mark Pryor is the author of the Hugo Marston novels The Bookseller, The Crypt Thief, The Blood Promise, The Button Man, The Reluctant Matador, and The Paris Librarian, as well as the standalone novel, Hollow Man. He has also published the true-crime book As She Lay Sleeping. A native of Hertfordshire, England, he is an assistant district attorney in Austin, Texas, where he lives with his wife and three children. --This text refers to an alternate kindle_edition edition.

4.2 out of 5 stars
4.2 out of 5
193 global ratings
How are ratings calculated?
To calculate the overall star rating and percentage breakdown by star, we don’t use a simple average. Instead, our system considers things like how recent a review is and if the reviewer bought the item on Amazon. It also analyses reviews to verify trustworthiness.

PJS
2.0 out of 5 stars A bit tired and weary old mate!
Reviewed in Australia on 19 November 2017
Verified Purchase
As with other reviewers I’ve read the series and the joy, freshness, fun, sadness, suspense, atmosphere that characterised the first novel has well and truly been lost. Same old, same old really, even with a back story from Hugo / Tom’s past bubbling along in the book. The Agatha Christie “reveal the crime and villain” to everyone was a bit trite and simplistic. Even the romance between Hugo and Claudia feels flat. Oh well, book bought, paid for and read so no point complaining now!
Read more
Helpful
Report abuse

shrimp
1.0 out of 5 stars Don't Bother
Reviewed in Australia on 1 April 2021
Verified Purchase
The main character was a real pain. He shared his critical thinking with us every step of the way and seemed like a chump to me. Very disappointing.
Read more
Helpful
Report abuse

Alan Giles
3.0 out of 5 stars not his best
Reviewed in Australia on 26 August 2017
Verified Purchase
Complicated and not finished . A great deal about the twin in America and no conclusion. I find the inclusion of the American ambassador and his involvement particularly unrealistic.
Read more
Helpful
Report abuse
See all reviews

john martin
5.0 out of 5 stars AI story
Reviewed in the United Kingdom on 15 October 2017
Verified Purchase
Possibly the best marsden of the bunch.Roll on the next one
Read more
Report abuse

The detours in the plot are legit, the flashbacks to twenty-five years ago not as distracting as I feared., and the story moves along.

George Burns
5.0 out of 5 stars A New Golden Age?
Reviewed in the United States on 6 September 2017
Verified Purchase
Hugo Marston is a former FBI agent who is now the head of security at the American Embassy in Paris. He is a nice guy who likes books, Paris, good food and his job. A famous American author has discovered a hidden camera in her hotel and wants his help. A murder soon follows at the hotel and Marston finds himself working with the French police on an increasingly complicated and dangerous case. This book is very much in the style (modernized) of golden age detective novels. The violence is kept under control, the characters are literate, and there is even a gathering of suspects. This is fine entertainment. One caveat: it is past time for Tom Green to have a fatal accident.
Read more
3 people found this helpful
Report abuse

Constant Reader
4.0 out of 5 stars Latest in a strong series set in Paris
Reviewed in the United States on 18 September 2017
Verified Purchase
This book is the latest in the mystery series featuring Hugo Marston in Paris. Hugo is the head of security for the American Embassy in Paris. Because he is American, each of the books involves an American citizen either as victim or suspect. Hugo also serves as the liaison with the French law enforcement authority that would have jurisdiction over the matter. There are continuing characters, but the personal lives of the characters are not much of a focus so you could read the series out of order. You would miss a few references, but the story would still make sense. There are other books in the series that I liked better, but it is a series that we follow and pre-order. Much of the appeal is the Paris setting and the unusual career position with the embassy. The story begins with an American romance writer seeking help because she feels that she is being stalked. She is in residence at a fictional luxurious hotel in Paris while she writes and teaches. The setup is not as interesting as it could be and there is very little suspense. Flashbacks of a separate storyline involving Hugo, his ex-CIA friend and loose cannon Tom, and bank robbers in Texas as interspersed. It all seemed a bit disjointed and contrived, but I can see why our author felt that he needed another plot thread to provide additional complications for Hugo and the main story. Four stars instead of five this time just because it was not up to the higher standards that the other books in the series have set. It may be a bit unfair to judge this book against his other books instead of against other mysteries. There are not a lot of graphic descriptions of gruesome violence or detailed graphic sex scenes.
Read more
One person found this helpful
Report abuse
See all reviews
Back to top
Get to Know Us
Make Money with Us
Let Us Help You
And don't forget:
© 1996-2021, Amazon.com, Inc. or its affiliates