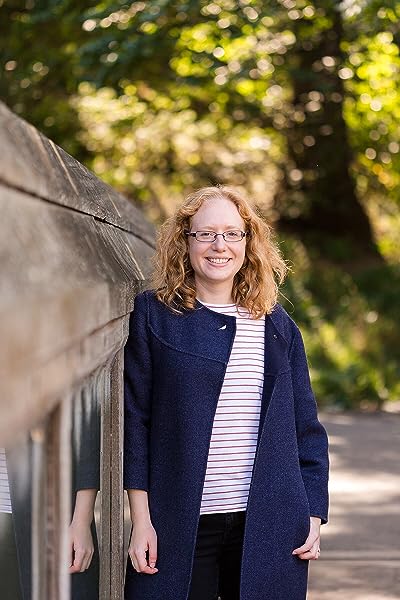 by Morag Hood (Author), Ella Okstad (Illustrator)
4.4 out of 5 stars 76 ratings
See all formats and editions
Sorry, there was a problem loading this page. Try again.

Morag Hood is an author and illustrator who lives in Edinburgh with her husband, Snorri. After working backstage in theaters for a few years she went back to school to study children’s book illustration and has been making picture books ever since. Visit her at MoragHood.co.uk.

Ella Okstad loves to draw ghosts, vampires, humans, cats, and all sorts of creatures. She lives and works as an illustrator in Trondheim, Norway. When she’s not in her office creating scary, cute, or peculiar creatures for books, she enjoys spending time with her husband, three boys, and a cat. Visit her at Okstad.com.

Start reading Sophie Johnson: Unicorn Expert on your Kindle in under a minute.

4.4 out of 5 stars
4.4 out of 5
76 global ratings
How are ratings calculated?
To calculate the overall star rating and percentage breakdown by star, we don’t use a simple average. Instead, our system considers things like how recent a review is and if the reviewer bought the item on Amazon. It also analyses reviews to verify trustworthiness.

Miss R
2.0 out of 5 stars Disappointing
Reviewed in the United Kingdom on 26 July 2018
Verified Purchase
This book was a big disappointment. Unicorns are very of the moment, many children adore them so any book featuring a unicorn in the title and on a the front cover is going to sell. The author knows this and takes advantage of this fact (I feel) to produce a book that literally has no storyline whatsoever. What little story there is is purely told through the pictures. The problem is, the children this is aimed at are too young to get the irony that, despite claiming to be a unicorn expert, the young girl in the story fails to notice when a real one arrives at her house. In fact, so did many of the children I shared this with until I pointed it out in the pictures, which surely defeats the object of the 'plot'?The front cover might draw children in but after hearing this once I very much doubt it'll be asked for again.
Read more
One person found this helpful
Report abuse

randos
2.0 out of 5 stars Pretty but boring.
Reviewed in the United Kingdom on 10 October 2018
Verified Purchase
Pretty pictures, fairly bland story. Didn't enjoy it myself when reading it to my daughter & she's never asked for it again. She's 5 years old & MAD about unicorns, so pretty much the target demographic.
Read more
Report abuse

AnnaB
4.0 out of 5 stars Good read
Reviewed in the United Kingdom on 18 April 2020
Verified Purchase
A must for Sophie Johnson fans
Read more
Report abuse

Amazon Customer
5.0 out of 5 stars Funny and well illustrated.
Reviewed in the United Kingdom on 29 December 2018
Verified Purchase
Lovely book with lots on each page to talk about with my grand daughter.
Read more
Report abuse

Lori the Bookworm
4.0 out of 5 stars Great illustrations, story lacks substance ..
Reviewed in Italy on 14 June 2020
Verified Purchase
My kid loves unicorns so she s happy with the book. I myself did find the story a little bland. There s not much to it . The illustrations are very pretty and little fans of sophie Johnson will certainly love this one
Read more
One person found this helpful
Report abuse
See all reviews
Back to top
Get to Know Us
Make Money with Us
Let Us Help You
And don't forget:
© 1996-2021, Amazon.com, Inc. or its affiliates