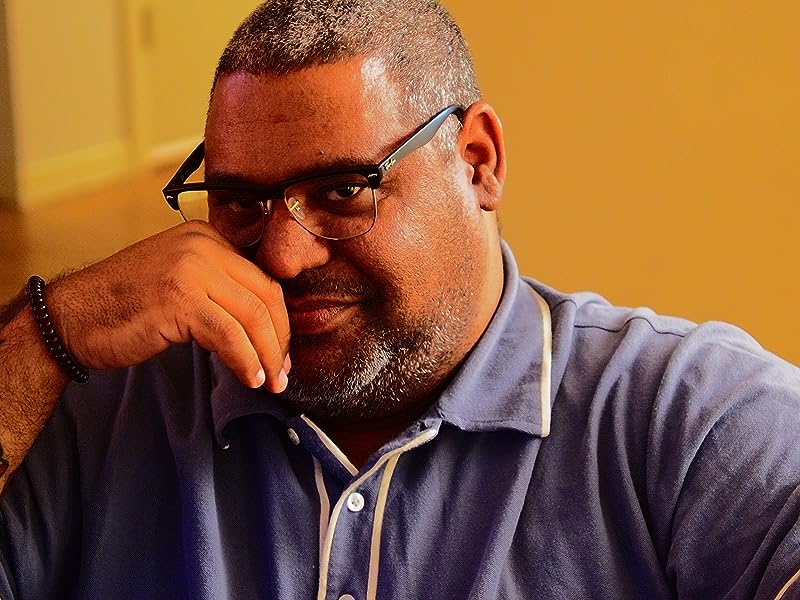 Luc REYNAERT
5.0 out of 5 stars The sense of life
Reviewed in the United Kingdom on 5 November 2009
Verified Purchase
In this inner monologue, a child soldier reflects on his short life (3 years in the army), while searching for his platoon which he lost after an explosion: `I joined up at twelve. I will never be a man. I am some kind of chimera who knows only the dreadful intimacy of killing.'

He was trained as a landmine defuser. Therefore, his vocal cords were severed, `so that we wouldn't scare each other with our death screams, if one of us was blown up by a mine. Detecting a mine with your bare toes and defusing it with a jungle knife requires all your concentration.'
In the beginning of the war, `there was a clear enemy, and having lost loved ones to them, we all wanted revenge.' Now, he is `fighting to survive the war.'

Does life on earth with its loves and rapes makes any sense?
`What kind of God makes a world like this? Not God, Isaiah, our prophet, signed. Man.'
And, `why didn't (the Koran) say: all Muslims must never take another life?'
It doesn't make much sense: `You see, we are nothing if we don't know how to die right. That sums us up as a people. Not the manner we come into the world, but the manner in which we leave.'

With its strong images (`a nuclear bomb, (its) mushroom cloud, a tumor in the sky') Chris Abani evocates the horrible nightmare of war, especially for innocent children coming of age in a violent and deadly conflict.

This is one of the best anti-war novels ever written

Mary
2.0 out of 5 stars It arrived too late
Reviewed in the United Kingdom on 2 April 2014
Verified Purchase
The book was good quality but it arrived too late... I needed it for college but when it arrived I had already worked with one copy from the library.
Read more
Report abuse

Grady Harp
5.0 out of 5 stars War From a Child's Vantage
Reviewed in the United States on 10 October 2007
Verified Purchase
In SONG FOR NIGHT author Chris Abani has achieved what few authors have even dared - relating the grisly aspects of war as seen through the eyes of a warrior child. The mixture of innocence and participation in some of the most gruesome details of war make this novel difficult to read, yet at the same time Abani's narrator, My Luck, is a young lad with whom we not only completely identify in his sharing of his experiences, but also grow to love profoundly. This small book is not only exquisitely crafted - it is a genuine and heartrending little masterpiece.

A West African war-torn nation (probably Abani's own Nigeria where he himself was the victim of the brutality of war) uses children as soldiers. My Luck is part of a small mine diffusing unit, a group of children who were placed in boot camp at age twelve and now at age fifteen are the delicate triggers that determine the presence of field mines, diffusing them, and gathering the then safe mines for weapons for their 'Major'. The children are 'treated' with a surgery that destroys their vocal cords, a brutal means of assuring that when one of the children steps on a live mine his voice will not cry out, signaling the presence of the war unit to the rebels. These mute young soldiers bond, lose each other, and do as they are instructed, creating a life of danger, terror and probable early death, all before they have had the luxury of growing into adults.

My Luck's narration begins as he is thrown in the air by a detonated mine, his fellow 'soldiers' and company believing him dead have left him unconscious in the dirt. My Luck's story is that of a search for his fellow soldiers, a search that triggers recollections of his childhood, his love for a young girl Ijeoma who is killed by a hidden mine, his recurring memories of his nurturing Catholic mother and his deeply religious Muslim father, his being forced by his commander to rape a woman to prove his manhood, his contact with his elders in visions, his perception of ghosts as his mind and body are starved for food, water, and safety, and his narrowly escaping his enemy's discovery by floating down a river of corpses. My Luck's vision of the world is at once conflicted with a sense of exhilaration that at times equates killing with orgasm. Yet as we follow his mute journey he enters our psyche the way few others characters drawn from the 'world as war' have gained our hearts. 'These are memories. Before we can move from here, we have to relive and release our darkness'.

Abani somehow manages to relate this grisly tale with such sensitive poetic form that he opens windows of light that illuminate both the essence of life and of death. 'Here we believe that when a person dies in a sudden and hard way, their spirit wanders confused looking for its body. Confused because they don't realize they are dead. I know this. Traditionally a shaman would ease such a spirit across to the other world. Now, well, the land is crowded with confused spirits and all the shamans are soldiers.' This is a brilliant little book by a gifted artist. Highly recommended. Grady Harp, October 07
Read more
12 people found this helpful
Report abuse

Noey
5.0 out of 5 stars Great book! Great buy!
Reviewed in the United States on 19 May 2020
Verified Purchase
One of best things about this purchase is that I rcvd an autographed copy. The book is well written and its a good read.

I like to read a little bit at a time.
Read more
Report abuse
See all reviews
Back to top
Get to Know Us
Make Money with Us
Let Us Help You
And don't forget:
© 1996-2021, Amazon.com, Inc. or its affiliates