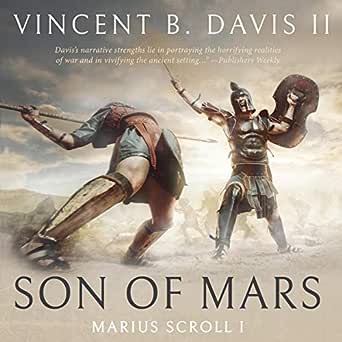 Son of Mars (A Novella of Ancient Rome): The Marius Scrolls, Book 1

Tony F
4.0 out of 5 stars Sons of Mars
19 December 2018
Format: Kindle EditionVerified Purchase
A bit short. It would have been a good opening chapter of a longer book. Look forward to more such.
Read more
Helpful
Comment Report abuse
See all 1 customer reviews
Write a customer review
Get FREE delivery with Amazon Prime
Prime members enjoy FREE Delivery and exclusive access to movies, TV shows, music, Kindle e-books, Twitch Prime, and more.
> Get Started
Back to top
Get to Know Us
Make Money with Us
Let Us Help You
And don't forget:
© 1996-2020, Amazon.com, Inc. or its affiliates