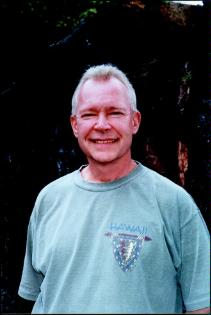 "Terry Brooks is adamant about dedicating oneself to the craft, while showing awe and humility for the creative process. . . . Every serious writer should refer to this book regularly for inspiration as well as solid crafting advice."--Elizabeth Engstrom Cratty, Director of Maui Writers Retreat "A marvelously pragmatic initiation to the art of writing."--Dorothy Allison, author of Bastard Out of Carolina

"[A] succinct and warmhearted autobiographical meditation on the writing life."--Publishers Weekly

In "Sometimes the Magic Works, "New York Times bestselling author Terry Brooks shares his secrets for creating unusual, memorable fiction. Spanning topics from the importance of daydreaming to the necessity of writing an outline, from the fine art of "showing instead of merely "telling to creating believable characters who make readers care what happens to them, Brooks draws upon his own experiences, hard lessons learned, and delightful discoveries made in creating the beloved Shannara and Magic Kingdom of Landover series, The Word and The Void trilogy, and the bestselling "Star Wars novel "The Phantom Menace.
In addition to being a writing guide, "Sometimes the Magic Works is Terry Brooks's self-portrait of the artist. "If you don't think there is magic in writing, you probably won't write anything magical," says Brooks. This book offers a rare opportunity to peer into the mind of (and learn a trick or two from) one of fantasy fiction's preeminent magicians.

Terry Brooks has thrilled readers for decades with his powers of imagination and storytelling. He is the author of more than thirty books, most of which have been New York Times bestsellers. He lives with his wife, Judine, in the Pacific Northwest.
Read more

4.7 out of 5 stars
4.7 out of 5
69 global ratings
How are ratings calculated?
To calculate the overall star rating and percentage breakdown by star, we don’t use a simple average. Instead, our system considers things like how recent a review is and if the reviewer bought the item on Amazon. It also analyses reviews to verify trustworthiness.

Deckard
5.0 out of 5 stars The magic works for fans and would-be writers!
Reviewed in the United Kingdom on 19 July 2010
Verified Purchase
I am not actually a huge Terry Brooks fan, I thoroughly enjoyed both the Sword and Elfstones of Shannara and some of his later work, but was never a great follower of the so-called "epic fantasy" genre. But one thing I always loved about Terry, was his ability to write. His skill in setting a scene, describing and developing characters, and seemless methods of integrating many themes, thoughts and ideas through a story was always second to none. So I was really interested to not only gain an insight into Terry's writing career, but also to find out the secrets of his well honed craft. And this book delivers both. The book is first and foremost about the craft of writing itself, but integrated around an autobiographical account of Terry's early writing years, and episodes of his later exploits (including the Shannara prequels, and his experiences writing novelisations for both Hook, and the Phantom Menace).

Terry explores the many areas of novel writing in the book, from characterisation, to dialog, to "show and tell", and provides an incredibly interesting and insightful look at both the writing and editing process. He covers all of the pitfalls of choosing to write as a career with a wealth of superb examples and anecdotes, and shares his skill and knowledge with great passion.

This is a book that will appeal not only to fans of Terry, but to anyone considering a career in writing, or interested in the creative and business sides of the profession. If you're a Terry fan, you will get to know him considerably better, and if you're an amateur writer, by the time you've read this book, you will be significantly less amateur. A great read.

Stanley James Hanna
5.0 out of 5 stars Writing insights from an experienced writer
Reviewed in Canada on 18 January 2019
Verified Purchase
As a writer it is always good to hear of other writer's experiences, the good and the bad. I have been a Terry Brooks fan since the first publication of Sword of Shannara. It is refreshing to hear of his struggles, challenges and successes in his writing history. It is generous of him to share these insights gleaned over the years of writing thats spans four decades. I hope I can take these nuggets of wisdom and infuse them into my own experience and writing.
Read more
Report abuse

Troy Cafferky
5.0 out of 5 stars what a fantastic look at the literary process for writers and readers
Reviewed in Canada on 29 March 2015
Verified Purchase
Terry Brooks is s genius. I would recommend this to anyone who loves to write or read. There was so much insight into how he thinks and some great stories and history about my favorite books. What a great read.
Read more
Report abuse

Trevor Lai
5.0 out of 5 stars Five Stars
Reviewed in Canada on 12 October 2015
Verified Purchase
Wonderful read from one of my favourite fantasy authors.
Read more
Report abuse
See all reviews
Back to top
Get to Know Us
Make Money with Us
Let Us Help You
And don't forget:
© 1996-2021, Amazon.com, Inc. or its affiliates