Something Wild (Sarah Jensen Adventures Book 2) and over 1.5 million other books are available for Amazon Kindle . Learn more
Share <Embed> 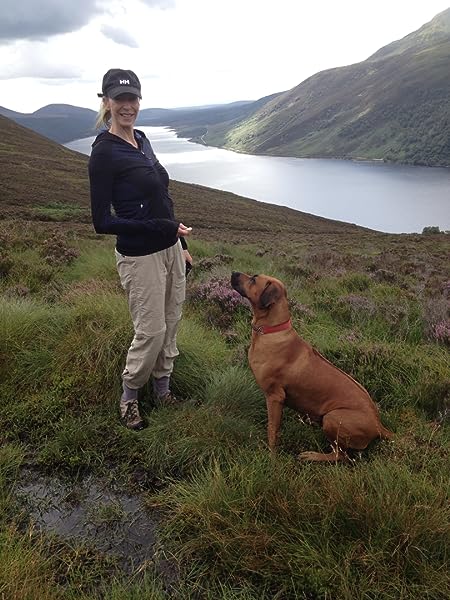 Get 90 days FREE of Amazon Music Unlimited
with the purchase of any eligible product. Shop now
click to open popover
Start reading Something Wild (Sarah Jensen Adventures Book 2) on your Kindle in under a minute.

There ought to be a moratorium on certain titles: Something Wild has been used for two films and at least three books, but one forgives Davies the lack of imagination in the title, such is the sheer storytelling acumen she displays in this well-turned thriller. The protagonist Sarah may have a fragile beauty, but has been tough enough to fight her way to the upper echelons of the financial trade. She has also worked under cover for MI6, and has been emotionally scarred by the death of her parents, the murder of her best friend and the assassination of her lover. Her eventful life is given even more edge when she tries to hide from her son the identity of his rock star father whom she left. But when her career involves the rock world again, her past (needless to say) comes back to haunt her. Despite the novelettish aspects of the plot (many an author has come unstuck with plots involving rock stars), Davies' skills never desert her, and the momentum this one accrues is considerable. Sarah is a well-rounded character, and the reader is forced to care about her problems, however alien they may appear to most of us. Like the earlier Nest of Vipers, this is further evidence that Davies is a name to watch.

Linda Davies read Politics, Philosophy and Economics at Oxford University, then worked for seven years as an investment banker. Inspired by her City career, she left to write her first novel, Nest of Vipers. She now lives in London with her husband and their two sons. Something Wild is her fourth novel.

Eyedude
5.0 out of 5 stars Linda Davies did it again!!!!
Reviewed in the United Kingdom on 3 March 2015
Verified Purchase
The main character from Nest of Vipers had plenty of life left in her, thanks to a carefully constructed ending leaving us wanting more. The reprisal of Sarah Jensen is powerful, very well written and I was again unable to put it down. Linda Davies is able to compete with the best of them, and it is rare for a character (and in fact all the characters) to be so well developed and really come to life! The pace is fast, gripping page turner and another instalment in my love affair with financial crime thrillers! Roll on the next book........
Read more
One person found this helpful
Report abuse

Julian
5.0 out of 5 stars Gripping story
Reviewed in the United Kingdom on 18 October 2014
Verified Purchase
I'd never read any Linda Evans but have now read them all. Believable gripping and well written. Roll on the next! Very much recommended.
Read more
One person found this helpful
Report abuse

Lovely Liz
5.0 out of 5 stars A wild ride ,fast moving
Reviewed in the United States on 5 July 2017
Verified Purchase
Sarah Jensen is my kind of woman ass kicking taking no prisoners and harboring no fools. I would have her following her instincts about Redford closer. At any rate I found it hard to find places to pause for a potty break. Loved EVERY MINUTE would recomend this book to anyone looking for a great read.
Read more
Report abuse