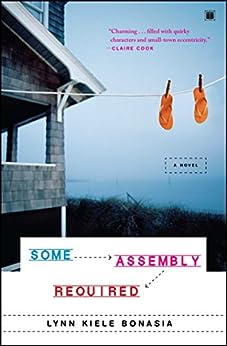 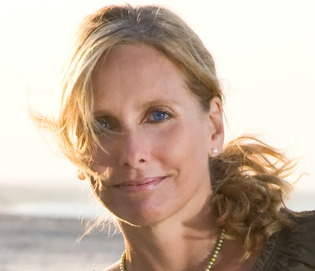 A delightful, astutely observed novel about love, friendship, and forgiveness. Rose's journey to becoming a Rosie was full of heart and very satisfying. -- Leslie Schnur, author of Late Night Talking and The Dog Walker

Bonasia's portrait of a waterfront community's triumphs and squabbles is as endearing as it is convincing. - Publishers Weekly

First-time novelist Bonasia delivers a sweet and idiosyncratic portrait of small-town life with a wit and levity that suggest good things to come. - Booklist

In Some Assembly Required Lynn Bonasia gives us an intriguing outsider's look at Cape Cod, jam-packed with 'trapezoidal, ' as she puts it, or 'multi-sided, complex, slightly askew' characters, who will linger with you long after the book is closed. - Sally Gunning, author of Bound and The Widow's War

Lynn Kiele Bonasia's hilarious and heartfelt tale of redemption, romance, and mystery is an irresistible one. I loved these people and this wise and luminous book. - John Dufresne, author of Louisiana Power & Light

Reading Some Assembly Required is like getting an instruction manual for a new life: dump the boyfriend, move to Cape Cod, and breathe in all that great salt air. You'll feel better in no time! -- Claire Cook, author of Life's a Beach, Summer Blowout, and Must Love Dogs --This text refers to the paperback edition.

Lynn Kiele Bonasia has been a freelance advertising copywriter for more than twenty years. She has published short fiction in The Seattle Review and The Miami Herald, among others. She and her family spend summers on Cape Cod and live outside Boston during the winter. Please visit her website at www.lynnbonasia.com --This text refers to the paperback edition.

Annie B
3.0 out of 5 stars More than some assembly required
Reviewed in the United States on 26 May 2011
Verified Purchase
Some Assembly Required had all the elements to be a great book. It wasn't. It is simply okay.

The story itself is pretty good and the characters are very likable, but not quite believable. It seemed to me that the author couldn't make up her mind whether she was writing a chick lit book or a deep, psychological one. It brings up so many issues, but fails to go anywhere with them or develop any of the characters to their real potential. The book had so much potential, and I am very disappointed that it didn't achieve anywhere close to what it could've been.

If you're looking for a good beach read, I'd pick something else. I don't regret reading this book, but I sure wouldn't have wanted it to have been the book I took on vacation. Hopefully, the author's writing will mature and future books will live up to their potential. I just wish this one had.
Read more
2 people found this helpful
Report abuse

Juli Gasque
3.0 out of 5 stars Town has many secrets.
Reviewed in the United States on 5 August 2015
Verified Purchase
Like any town, the one in this book has any secrets,some of them quite old, and some new. Uncovering secrets is the job of one of the residents, a not so young reporter. Read to see how her new friends learn to live with secrets revealed.
Read more
Report abuse

Donna
3.0 out of 5 stars Cape Cod read
Reviewed in the United States on 26 July 2013
Verified Purchase
I read this book because I thought it would be fun to read about the Cape while on the Cape, right next to Nauset. It was fun, and the beginning of the book was wonderful. But 3/4 through, I was loosing interest with more character development instead of story line. A bit too predictable.
The ending wrapped up nicely, but one thread was never really resolved. What happened with Val's daughter?
Read more
Report abuse

Dawn Lajeunesse
4.0 out of 5 stars Steady with surprises
Reviewed in the United States on 13 October 2015
Verified Purchase
I do most of my reading in 10-15 minute installments,so it takes a strong story to keep me interested and coming back. Also it can't be too complicated. This fit my current reading needs.
Read more
Report abuse

G. L. Peterson
3.0 out of 5 stars Something Missing
Reviewed in the United States on 25 July 2011
Verified Purchase
I finished this book this morning. I did like it and have a home on Cape Cod so I identified with area and people. Yes, there are some strange birds on the cape but overall I just didn't think it was a book I could recommend. I got into it from the beginning but toward the end it sort of lost something.
Read more
Report abuse
See all reviews
Back to top
Get to Know Us
Make Money with Us
Let Us Help You
And don't forget:
© 1996-2021, Amazon.com, Inc. or its affiliates