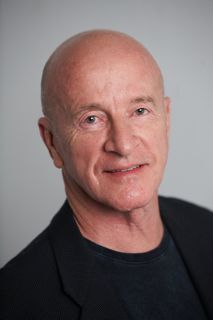 by Michael T. Bosworth (Author)
4.1 out of 5 stars 92 ratings
Edition: 1st
See all formats and editions
Sorry, there was a problem loading this page. Try again.

When products or services are hard to describe, intangible, have long sell cycles, or are expensive, chances are they're difficult to sell. In situations like this, conventional sales techniques not only don't help, they may in fact hinder success. Solution Selling is a process to take the guesswork out of difficult-to-sell, intangible products and services. It enables sellers to make the way they sell as big an advantage as their product or service. After reading this book, salespeople and sales managers will be able to use a well-tested model that guides them through the process of selling. No more smoke and mirrors, blind luck, or high-pressure selling. Just a step-by-step system that ensures a higher rate of success for salespeople and a higher probability that the buyer's expectations will be met.

McGraw-Hill authors represent the leading experts in their fields and are dedicated to improving the lives, careers, and interests of readers worldwide
Read more
Tell the Publisher!
I’d like to read this book on Kindle

Mike Bosworth began his career in the information technology industry in 1972 as an application support person for Xerox Computer Services. He was their top new business salesperson in 1975, managed the "branch of the year" in 1979 and was promoted to national manager of field sales in 1980. From 1976 through 1982 he designed and delivered sales training programs for XCS. His years of field experience plus the knowledge he gained from working with Neil Rackham on the Xerox SPIN selling project inspired him to found Solution Selling in 1983.

Bosworth has a degree in Business Management and Marketing from California State Polytechnic University. In addition to his keynote speaking for professional associations and major corporations, he has been a featured lecturer at the Stanford Graduate School of Business, The Stanford Program on Market Strategy for Technology-Based Companies, The American Marketing Association Customer Message Management Forums, The Anderson School Of Management At UCLA, the Paul Merage School of Business at UC Irvine, The University of Connecticut and Rollins College to name a few. He is certified (CMC) by the Institute of Management Consultants.

Michael T. Bosworth is a cofounder of CustomerCentric Systems®, LLC. He has assisted clients in improving sales effectiveness and shaping customer experience since 1983. He lives in Del Mar, California.

4.1 out of 5 stars
4.1 out of 5
92 global ratings
How are ratings calculated?
To calculate the overall star rating and percentage breakdown by star, we don’t use a simple average. Instead, our system considers things like how recent a review is and if the reviewer bought the item on Amazon. It also analyses reviews to verify trustworthiness.

Daniel Tenner
5.0 out of 5 stars Excellent, bought it for my whole sales team
Reviewed in the United Kingdom on 12 March 2013
Verified Purchase
I was recommended this book by my mentor, who said it'd be appropriate for the business I founded (we're a rapidly growing government funding advisor/facilitator).

I read it, and about halfway through, ordered a copy for my entire sales team and gave them a task for this month to read it. There is a lot of wisdom and experience packaged in this book, as well as a very sensible system for structuring the sales process. We're still using our own system at this point, but we will probably update our sales process to match (well, after the sales team finishes reading it, at the very least).

So, a very strong recommendation if you need to learn, or teach, sales to other people who are not necessarily naturals at it.
Read more
Report abuse

Culture Enthusiast
2.0 out of 5 stars Dated ideas
Reviewed in the United Kingdom on 15 August 2012
Verified Purchase
I have bought this book as it was recommended by a sales "guru". After 35 pages I nearly fell asleep. I think that some of the concepts are of (the buyers' cycle) but most of the ideas are dated. If you sell services the key is on relationships and this method does not fit in. I find it very boring and struggling to finish it as I cannot find ideas that are relevant to 2012. I bought it second hand so just threw away a couple of pounds
Read more
Report abuse

Rich P
4.0 out of 5 stars Valuable, accessable set of techniques for solution selling
Reviewed in the United Kingdom on 16 February 2006
Verified Purchase
I observe that there are two extremes of selling - emotional selling and rational selling; and that the best sales people do both.
I am writing this review because in my mind, this book provides an excellent framework for rational solution selling and enabled a step change in my effectiveness selling software and professional services.
In my experience, this type of book is poorly received by people who are "naturals" at the emotional sell. Perhaps this explains the divergent reviews, but hopefully will allow you to assess whether the book will be valuable to you.
Read more
One person found this helpful
Report abuse

MS A KONARIKOVA
5.0 out of 5 stars Five Stars
Reviewed in the United Kingdom on 20 June 2016
Verified Purchase
Arrived on time and as described. Thank you.
Read more
Report abuse

Matt Leighton
5.0 out of 5 stars Interesting read
Reviewed in the United Kingdom on 4 January 2013
Verified Purchase
Recommended by my boss, so took the time to purchase and read. Good book, but only if you are interested in solution selling... Not a bedtime read, really!
Read more
Report abuse
See all reviews