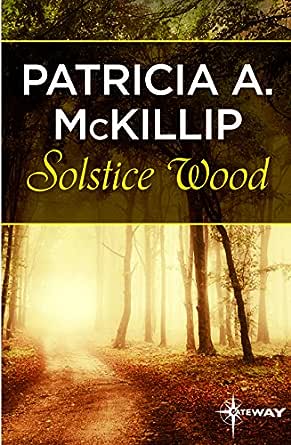 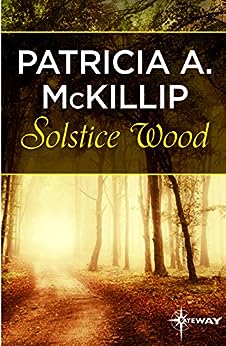 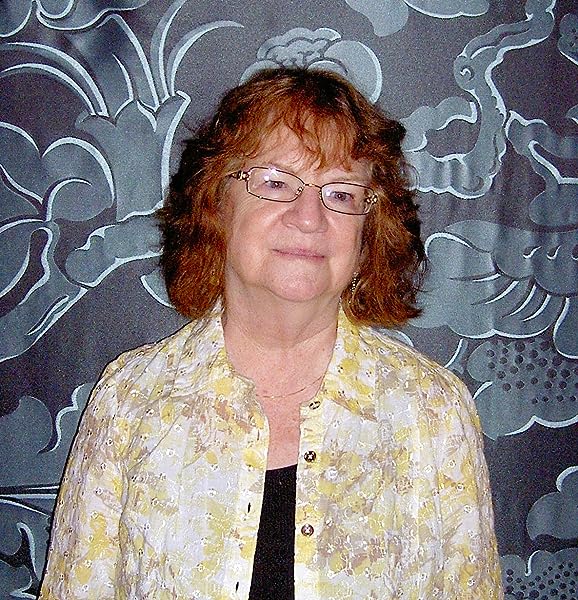 Patricia A. McKillip is a winner of the World Fantasy Award, and the author of many fantasy novels, including The Riddlemaster of Hed trilogy, Stepping from the Shadows, and The Cygnet and the Firebird. She lives in Oregon. --This text refers to an alternate kindle_edition edition.

Kindle Customer
5.0 out of 5 stars Caught again!
Reviewed in the United Kingdom on 4 April 2006
Verified Purchase
Once again, I have to say that it should be illegal for Patricia McKillip to write. Every time I pick up one of her books I'm stuck. Everything that I am supposed to do, like sleep or clean or be interested in my family, is unavoidably put on hold. My family knows that when one of her books enters our home, I'm a goner.
Solstice Wood is no exception. I enjoyed it from the first page to the last. It was moving and suspenseful and strange and humerous. McKillip's characters are entirely believable and come to life before me. She must be one of the best fantasy writers I have ever encountered. I believe only two others have had the same hold on me.
In this book we follow the stories of Sylvia, Iris, Owen, Relyt and Tyler. Each one is bound up in the fate of Solstice Wood and the connection between fairy and humans. Sylvia is a bookstore owner who gets a phone call from her grandmother, Iris, informing her that her grandfather is dead. After 7 years in the stone city of New York, Sylvia has to go home and confront her demons. Iris is trying to save the world from the evil fairy through her coven. Owen is the protector of the Lynn family (now Tyler, Sylvia and Iris). At the same time he is in conflict because of his secret. Tyler is Iris' other grandchild and Sylvia's cousin. He is staying at Lynn Hall for a while, enabling his mother to adapt to her new husband. Relyc is a changeling who enters the Lynn family.
The book moves between each character, placing each in the role of first person. This can be a bit confusing at first if you are not used to this style of writing. It does make it possible, though, to learn the thoughts of each person and enables us to follow the story in a manner that is not always possible in other books.
I hope you enjoy this book as much as I have.

Wendy McFarlane
5.0 out of 5 stars Recommended.
Reviewed in the United Kingdom on 7 October 2014
Verified Purchase
Gorgeous gorgeous, just my thing. Otherworldly, fairies and witches and elemental things, this is a delicate and delicious fantasy tale from a very talented author. Recommended.
Read more
Report abuse

[...] When bookstore owner Sylvia Lynn returns to her childhood home in upstate New York, she meets the Fiber Guild-a group of local women who meet to knit, embroider, and sew-and learns why her grandmother watches her so closely. A primitive power exists in the forest, a force the Fiber Guild seeks to bind in its stitches and weavings. And Sylvia is no stranger to the woods.

This is the story of the descendants of Corbett Lynn and Rois Melliot of the kind-of-prequel "Winter Rose". "Kind-of" because although taking place in the same village and house and with the Lynn-familiy at the center of all incidents, "Solstice Wood" is a modern-day novel. And although it's nice to know about Corbett and Rois and the fay Queen of the Woods, it's not a requirement to have read "Winter Rose", since the storys are not connected.

And if you have read "Winter Rose" you will find that "Solstice Wood" is not only a different story with a different cast of characters [well, except for the Wood Queen], but is as well told in a very different way. Whereas "Winter Rose" was told like a fairy tale, which made it unique and complicated to read at the same time, "Solstice Wood" is a UF at it's core. Because of the fay and the wood that harbours more than one reality, the components are still magical, but more in a "Iron Fay"-way [by J. Kagawa] than a classic fairy tale:

Syl, one of the main characters, is a modern day woman who owns a bookstore and more or less fled her home as soon as she could for college. And she only gets back home because of her grandfather's death - and has every intention to keep her visit as short as possible. Let's just say that things [of course] do not turn out as intended. There are a lot of secrets to uncover that seemingly everyone is keeping from everyone and a lot of character growth to do - for all characters. This is something I very much appreciated: not a single character stays the way he or she starts out. They have to question nearly everthing they held true before.

Syl shares the POV-narration with a lot more characters: her grandmother Iris and her cousin Tyler just being two of the rather huge narrator-group. And although it helps to bring the story along, there are characters I did not really care for so I got impatient, when I wanted to know about Syl and had to read about Tyler.
On the other hand the characters are very well fleshed out, even the fay-ones and Ms. McKillip made me reconsider [not only] my black-and-white-thinking as far as the "Good-Bad"-categories are concerned.

As in "Winter Rose" there isn't happening much on the action-side of the story [although in "Winter Rose" a lot happened to Rois, even if in another realm] and it really feels more like a parabel of sorts, because the most is happening inside the characters.
All in all the story was easy to read, made me think about it and I was interested enough in the characters and their developments that I wanted to know what was happening to them.

Marc L
4.0 out of 5 stars Modern take on Faerie
Reviewed in the United States on 11 June 2014
Verified Purchase
I've read several books by Miss Mckillip all wonderful almost fairy tale like fantasies. This one is a bit different. Still a terrific fantasy but this is the first book she's set in the modern world. A magical tale of discovery and growing up. The take on the faerie world is colorful and dark. On one side is a beautiful fanciful version of the main centerpiece Lynn Hall, on the other old dark version, almost seems they stepped into purgatory. But if you follow these stories it fits well with other faerie worlds. The characters are mostly likeable if not a bit eccentric. They do live on the edge of faerie after all,couldn't imagine living a very normal existence. At times the story can be very lyrical with some beautiful prose. Whether taking place in some magical realm or in our own modern world Miss Mckillip's writing is always seamless and never fails to stimulate the imagination.
Read more
3 people found this helpful
Report abuse
See all reviews
Get FREE delivery with Amazon Prime
Prime members enjoy FREE Delivery and exclusive access to movies, TV shows, music, Kindle e-books, Twitch Prime, and more.
> Get Started
Back to top
Get to Know Us
Make Money with Us
Let Us Help You
And don't forget:
© 1996-2020, Amazon.com, Inc. or its affiliates