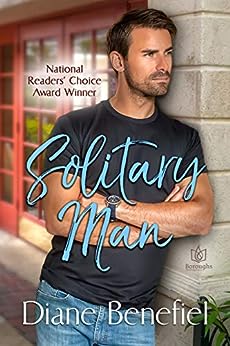 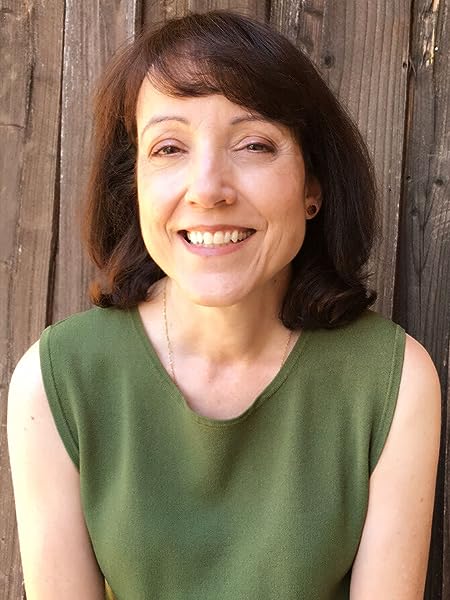 4.5 out of 5 stars
4.5 out of 5
306 global ratings
How are ratings calculated?
To calculate the overall star rating and percentage breakdown by star, we don’t use a simple average. Instead, our system considers things like how recent a review is and if the reviewer bought the item on Amazon. It also analyses reviews to verify trustworthiness.

Chuckles
5.0 out of 5 stars Unexpected suspense
Reviewed in Australia on 21 October 2020
Verified Purchase
I really enjoyed this story. It was full of unexpected suspense. Just when you thought everything was sorted something else happens. I loved that Brenna didn't put up with Ryder's B.S. and gave it back to him. I love h that are not a shrinking violet, intelligent and stand up for themselves. Great read. Found myself a new author. Just purchased some more to read. I wonder what happens with Marco and Olivia ?
Read more
Helpful
Report abuse

David
5.0 out of 5 stars Best Friends!
Reviewed in Australia on 19 April 2018
Verified Purchase
This book starts straight out of the gate from the first word. It captures your mind and draws you into the battle in Afghanistan. Here Ryder’s team is ambushed and under fire where his best friend is fatally wounded. His dying breath is for Ryder to watch over his Brenna. He sent her something that he believed will put her in extreme danger. Ryder takes discharge and sets about to honor his best friends wishes. She certainly becomes a target and Ryder wrestles with keeping her safe and him unaffected.
Love is grand and I am sure that the book will keep you entertained. Buy a copy, you will not be disappointed.
Read more
One person found this helpful
Helpful
Report abuse

TCH
TOP 500 REVIEWER
5.0 out of 5 stars Loved it
Reviewed in Australia on 9 July 2020
Ryder Bronson made an oath to his dying friend to watch over his wife Brenna, he sent her usb stick that has put her life in danger.
Can Ryder protect Brenna? Will all the truth come out?
Extremely entertaining, captivating and interesting read.
Wonderfully written with strong, intriguing characters

Sgt. Ryder Bronson is career military and his best friend is a reservist from the same home town When his friend his mortally wounded on the battle field he makes Ryder promise to care for his Brenna. This isn't just a normal request as Ken was a police officer back in their home town and he has evidence about a police shooting evidence he has sent top Brenna putting her in danger. Brenna is finally getting over the death of her husband and is starting to live her life again but she seems to be continually having close calls and he new neighbour a grumpy man if ever there was one is always there watching her. When Ryder tells her who he is and why he is there they will have to work together along with Ken's old partner to solve the mystery of what happened and in the process they will all be put in danger as people try to keep the truth from coming out.

Denise
5.0 out of 5 stars Solitary man
Reviewed in the United Kingdom on 6 May 2018
Verified Purchase
Enjoyed this book ,good story, romance,action all you need in a book.Once I started reading it I had to read to the end .Brilliant.
Read more
Report abuse

Amazon Customer
5.0 out of 5 stars Excellent read
Reviewed in Canada on 7 October 2020
Verified Purchase
Enjoyable read. Good plot, loved the characters, loved the ending. What more can you ask for in a book. Going to check out what else she has written.📚
Read more
One person found this helpful
Report abuse

paytonpuppy
5.0 out of 5 stars Emotion and Suspense for Brenna and Ryder
Reviewed in the United States on 8 May 2018
Verified Purchase
Brenna McMurtrey is having a bad day, at least she hopes it is just a bad day. She was almost run over while out jogging and was saved from serious injury by her grumpy neighbor. Although she has seen her neighbor over the past year, she has never had contact with him. Now her neighbor seems to be popping up everywhere. Sgt. Ryder Bronson is her neighbor and Brenna does not know that he was with her husband, Kenny, in Afghanistan when Kenny was killed by enemy forces. As he lay dying, Kenny asked Ryder to protect Brenna due to a flash drive that he had mailed her and that might put her in danger. Kenny was an officer on the Bridgewater police force and witnessed an incident, involving other officers, prior to his deployment. Ryder knows that Brenna is not just having a bad day, but that someone is out to hurt or kill her because of the flash drive. There are many twists and surprises along the way for Brenna and Ryder as he works to keep her safe. Brenna is ready to move on with her life and is slowly becoming attracted to Ryder. Meanwhile, Ryder is attracted to Brenna, but is dealing with feelings of guilt that he wasn’t able to prevent Kenny’s death. Another great romantic suspense novel by Ms. Benefiel. I have read other books by this author and highly recommend her writing style to those interested in an emotional and satisfying read. I DID NOT receive a free copy of this book, but voluntarily chose to give an honest review. (by paytonpuppy)
Read more
7 people found this helpful
Report abuse

Shauna S. Roberts
5.0 out of 5 stars Two grieving people slowly glide into love while working together to find out who's trying to harm the heroine and why
Reviewed in the United States on 2 March 2017
Verified Purchase
Brennaa McMurtrey is a self-sufficient, capable woman. She's had to be. As a military wife, she's had to solve her problems by herself. But when her husband doesn't come home from deployment to Iraq, she faces a problem she's not equipped to solve: a lifetime of solitude and loneliness because she believes she can't ever love again.

Still, she's practical. After a year and a half of widowhood, she forces herself to resume "normal" life again—an immediately finds herself in abnormal situations. A speeding car swerves toward her in an alley. Luckily, her "Grumpy Neighbor" (the rude, perpetually annoyed guy next door) is there and pulls her out of the way. Then her tire goes flat. Again, Grumpy Neighbor immediately appears to change it. She notices for the first time he's actually very attractive, and he reluctantly admits his name is "Ry." Other such accidents happen, with Ry showing up to rescue her.

But they aren't accidents after all. The repair shop tells her a valve in her tire was tampered with. Someone is try to scare—or even kill—Brenna.

It's no coincidence either that Ry—in reality, Ryder Bronson, her late husband's sergeant and best friend in Afghanistan—is always there to save her. He's fulfilling a deathbed promise to Brenna's husband, whose death he wrongly blames himself for.

That's the set up of SOLITARY MAN, and I won't give away any more of the plot so that you can be surprised by what happens.

Things I liked about SOLITARY MAN

1. Brenna is an admirable character. She's got inner strength, and she's smart and brave too. Not "spunky," but brave. When dangerous things happened, she dealt with them, but she didn't purposely throw herself in harm's way.

2. "Grumpy Neighbor" Ryder was too grumpy at first to be likable, but from the start I admired his sense of honor and the lengths he went to to keep his promise.

3. Not only are Brenna and Ryder fully fleshed out people, but the other characters are also. This is not one of those boring two-dimensional romances where every scene is about the couple's romance. Instead, both have jobs, friends, enemies, and dogs, all of whom feel so real that it's easy to keep them straight. Their worlds feel full and realistic. Also, I learned a lot about Brenna and Ryder when I saw them interact with others.

4. Their mutual grief over Kenny's death both brings Brenna and Ryder together and pushes them apart. Both are confused by their mutual growing attraction, which partly seems a betrayal of Kenny. I found this conflict believable and strong, and it was a conflict that forced both people to grow toward happiness.

5. The author was careful to avoid clichés. For example, never did Ry or Brenna suspect the other was an enemy. Nor did they bicker over petty misunderstandings. I wasn't able to predict the plot but kept guessing what would happen next until the end.

6. I read the Kindle version, which had NO spelling, grammar, and formatting errors.

If you've read other reviews of mine, I always try to be honest about both a book's good points and its flaws. But I found nothing to criticize in SOLITARY MAN.

I recommend this contemporary romance novel to anyone who likes to read about a heroine and hero with integrity, characters who behave believably, and a rich, developed world that feels real.
Read more
9 people found this helpful
Report abuse

Bonnie Matthieu
5.0 out of 5 stars Another good one.
Reviewed in the United States on 27 September 2020
Verified Purchase
I have never been disappointed with a book by this author.
I loved how Ryder watched out for Brenna from afar and when it becomes clear she in danger, he is right there protecting her from an unknown threat. A really good book with some not so nice bad guys, serious heat between the two main characters and a great HEA.
Read more
4 people found this helpful
Report abuse
See all reviews
Back to top
Get to Know Us
Make Money with Us
Let Us Help You
And don't forget:
© 1996-2021, Amazon.com, Inc. or its affiliates