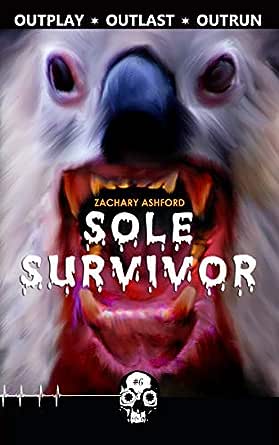 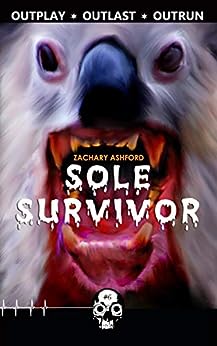 Daniel I Russell
4.0 out of 5 stars I couldn't wait for this to drop
Reviewed in Australia on 12 April 2020
Verified Purchase
My first outing with Mr. Ashford, and what a place to go. A nice, tropical island? Lovely. This is, simply put, tasty B-movie creature fun at a blistering pace. One of those tales you rip through, reading more than you intend in any sitting. Like any reality tv show, we are presented with a large cast of characters, and it can be hard to keep track who everyone is at first. But as they are...shall we say 'voted off the island', those that survive to the next round sink a little deeper in our minds. Gory, nasty, and doesn't waste anytime (this is one lean novella with no fat/padding), I can heartily recommend it to readers who love a good creature feature. Just stay out from under the trees, okay?
Read more
Helpful
Comment Report abuse
See all reviews from Australia

Morgan K Tanner
4.0 out of 5 stars A fun, non-stop gore-fest
Reviewed in the United Kingdom on 20 April 2020
Verified Purchase
It’s been a while since I read a fast-paced splatter-fest. Not through choice, it just hasn’t worked out that way. But this novella was a firm reminder that these kinds of stories are such a great load of gore-encrusted fun.

Sole Survivor is the tale of a group of wannabe Reality TV stars marooned on a mysterious island in the middle of nowhere. The thing is, they’re not alone. Lurking in the trees is an army of strange beast monsters.

Described as koala lookalikes, but with giant teeth and ripped pulsating muscles, these things are hungry for human flesh. And what makes human meat taste even better? That’s right, fear. And ripping said meat from the still-living victim, of course.

The story begins slap-bang in the middle of a killing and doesn’t really ever let up from there on in. Following a plane crash the passengers, who had been travelling to take part in a show where cameras would trace their every move, begin to realise that something is up with this place. It certainly seems it’s not just the producers messing with them.

We’re introduced to lots of characters very early on. At first I felt like this was a little information overload-y and wondered whether I would lose track of who’s who. But somehow Ashford was able to drip-feed enough details of the characters to make them memorable. What also helped was that they all started dying pretty quickly.

It’s difficult to truly make multiple characters sympathetic in a novella-length release, and there were some who died without me caring too much about them. Although saying that, the way these guys were mercilessly torn apart and devoured did have me feeling for them even if I hadn’t got to know them too well.

For example, if I met someone in the street then saw them knocked over by a bus, I’d probably care and be shocked; knowing little about them wouldn’t be an issue. But anyway, I digress.

The gore here is top-notch. Even with so many grisly deaths the action never becomes repetitive. As the story moves along and the character-count falls dramatically, a group of them begin to fight back and actually kill a few of the beasts themselves.

Of course what makes a story like this come alive is a rogue human who is actually more of a threat than the people-ravenous beasts. Yep, this story has one of those, but you really need to discover this guy for yourselves. He’s horrible!

I had a lot of fun with this story, the blood dripped from the pages throughout, although maybe that should read spurted forth from the pages. There was a great sense of humour along with the horror that really helped to carry things forward; a story like this never wants to take itself too seriously.

If you too want to have some fun with multiple deaths, psycho ex-soldiers, and people just trying to survive on one very inhospitable island, then look no further. I just hope you can be the Sole Survivor of the experience!