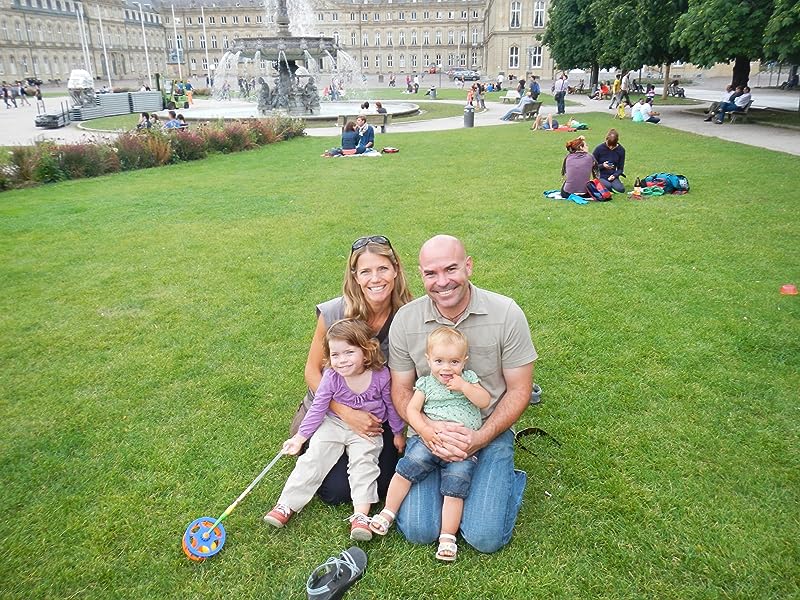 God is Not Here: A Soldier's Struggle with Torture, Trauma, and the Moral Injuries of War Paperback – 14 June 2016

by Lieutenant Colonel Bill Russell Edmonds (Author)
4.6 out of 5 stars 29 ratings
See all formats and editions
Sorry, there was a problem loading this page. Try again.

Page 1 of 1 Start overPage 1 of 1
Previous page
Next page
Start reading God is Not Here on your Kindle in under a minute.

God is Not Here is an honest, gritty and unflinching look at the war in Iraq and its impact on the human spirit. The writing is crisp and the story is gut wrenching. One of the best Iraq books I've ever read.--Kevin Maurer, co-author of 'No Easy Day: The Firsthand Account of the Mission that Killed Osama Bin Laden'

God is Not Here sharply details the thorny tensions of our new wars, and how American forces have been thrust into vexing, unwinnable situations. Edmonds reveals how these experiences exacted a ruinous toll on him. It is a story of moral injury--and betrayal--and shows that our service members deserve clear and serious leadership. Without it, they'll have to fight another wrenching battle when they return home.--Joshua E. S. Phillips, author of 'None of Us Were Like This Before: American Soldiers and Torture'

God Is Not Here is a courageous book by a thoughtful warrior whose personal story shows us the terrible moral and human costs of torture, not just to those who are tortured, but to the torturers.--Scott Cooper, National Security Outreach Director, Human Rights First

'I will write my way through this, ' [Edwards says] and he does, with a precision that might help others who remain bombarded.

A powerful and courageous story of a soldier's fight against a policy that ran counter to his own moral code. As a young captain, Bill Edmonds was idealistic, excited to do his part in the war on terror. But his embed with Iraqi intelligence forces didn't go as planned. The unit's interrogation practices were brutal. But when he raised concerns about the tactics to commanders, he was brushed aside. In one of the best books written about the Iraq and Afghanistan conflicts, Edmonds provides a compelling glimpse into this dark world where the ends justify the means, and his own heartbreaking struggle to maintain his sanity in the face of immoral behavior.--Mitch Weiss, Pulitzer Prize winning investigative journalist and author of 'Tiger Force: A True Story of Men and War' and 'No Way Out: A Story of Valor in the Mountains of Afghanistan'

A raw portrayal of Faulkner's human heart in conflict with itself. Part confession and part treatise, I was engrossed by Edmonds' ongoing conversations with Saedi, his Iraqi counterpart who serves as both his good and bad angel. It is commendable that Edmonds even attempts to reconcile right and wrong in his impossible role, but it is also the source of the tragedy.--Brian Castner, author of 'The Long Walk: A Story of War and the Life That Follows'

An important account of how torture is ineffective and can deeply harm those who merely witness it. A must-read for anyone who cares about America's future and the welfare of U.S. service members.--Lieutenant Colonel Douglas A. Pryer, author of 'The Fight for the High Ground'

An intense wartime and post-war memoir. This blunt, taut account, based on Edmonds's journals, addresses the profound ramifications Edmonds's work in the war have had on his emotional well-being. The chapters effectively flash back and forth.

A wrenchingly honest account of a soldier's inner conflicts in a morally ambiguous war. Working with an Iraqi officer interrogating Iraqi terror suspects, Bill Edmonds got what most U.S. soldiers did not: a view of the Iraq war through Iraqi and not American eyes. That perspective gives a painful but illuminating and necessary lesson on the true nature of America's conflicts in our era.--Arnold R. Isaacs, author of 'Without Honor: Defeat in Vietnam and Cambodia' and 'Vietnam Shadows: The War, Its Ghosts, and Its Legacy'

"War is rife with good people feeling shame or guilt for what they did. Scientists are calling it moral injury. Edmonds spent years writing as therapy to treat those wounds. This book is the result. 'By sheer force of will I revised myself. Now I am able to explain myself to myself.' Deep and profound.--Gregg Zoroya

A truly remarkable memoir. With searing candor and profound soul-searching, Edmonds opens our eyes to the horrible moral ambiguities that he faced. He has no pat answers about living in a space between complicity and moral protest of torture, but the protest that does cry out is that he has lived too long with his own moral anguish. As a nation we must stop distancing ourselves from the Americans who fight on our behalf and start holding ourselves accountable to help them heal.--Nancy Sherman, author of 'Afterwar: Healing the Moral Wounds of our Soldiers'

Captures an essential lesson about the war in Iraq. Searing and often brutal. As Edmonds' account so telling demonstrates, much more remains to be done.

You know Bill Edmonds is on to something from the very beginning of the book, which I think is one of the best to come out of the Iraq war. There are lines that stay with me.--Thomas Ricks, 'New York Times' bestselling author, from the Foreword

Lieutenant Colonel Bill Russell Edmonds is a decorated counterterrorism and counterinsurgency expert who has served in various positions throughout the Special Operations community and with other U.S. government agencies. With more than twenty years of service, Bill is a native of Southern California and currently lives in Germany with his wife and two daughters.

J. B. Phillips
5.0 out of 5 stars A saga of moral wounding and recovery that a morally wounded nation needs to hear
Reviewed in the United States on 3 June 2015
Verified Purchase
LTCOL Bill Edmond’s searing, must-read memoir will be the first exposure for many to the idea of moral injury – “a new term for a very ancient idea:” as Dr. Bill Nash says in the Introduction “that people can be damaged in the cores of their personhood by life experiences that violently contradict deeply held, and deeply necessary beliefs about themselves and the world.” LTCOL Edmonds suffered moral injury that brought him to the edge of insanity serving as the “advisor” to a fiercely dedicated Kurdish Iraqi interrogator in 2006.
This book is a very personal account of an encounter between a well-intentioned thoughtful person and raw evil - the omni-destructive urge that lies hidden within every human being, to be unleashed by the proper combination of conditions, succinctly outlined in Edmond’s case by Thomas Ricks in the Forward. But even more importantly, it is the story of how his survival was achieved. He came back from the edge thanks to the unconditional love of his wife Cheryl, and by the writing itself.
He wrote continuously, during and after his service in Iraq, vainly trying to make sense of what was going on in order to survive as a rational and compassionate human being. It was not a pleasant experience. “What is unhappiness?” he asks in a passage that puzzled Rick, but epitomizes the therapeutic task he set for himself. “It’s emotion using reason to understand the world.” It is an unhappy enterprise in that it must fail – reason can describe, but never contain the contradictory reality we encounter in ourselves and one another – but it is the way we become more human, and in the case of moral injury, it is the path back from the precipice of perdition.
The impact of an important idea is perhaps best measured by the nature of the criticism it receives, and the start of the predictable wave of criticism his Odyssey will receive confirms this. From the beginning, Edmonds traveled his path to recovery supported only by the loving wisdom of his wife, with no help from his superiors, who further isolated him by shaming his pain. The armchair outrage of the first negative customer reviews on Amazon confirms another rephrasing of the quote from Thomas Aquinas cited by Dr. Nash in the introduction: “For those who have been there, no explanation is necessary; for those who have not, not explanation is possible.” And the condescending, institutional dismissal of Lt. Col. Edmond’s anguish offered by Rand Corporation senior policy analyst Linda Robinson in her review in the Sunday, May 24th New York Times confirms the need for those in power to ignore and/or deny the moral implications of what their decisions force other to experience.
One more personal note: as Kurdish Iraqi Rebin Amen says in his delightful review (well done, in a language not his own) “I have been there.” I too was the counterpart to those who tortured, in Vietnam; and this gave me a small taste of the foul brew that Bill Edmonds was forced to swallow daily. The huge difference was that we four American advisors could pretend we didn’t know what the Vietnamese were doing in what we called “Vic Tanney’s Gym.” We heard the screams from a distance and made sick jokes about it. Bill had to be there, day after day, required to witness and implicitly condone what went on, and the fact that it nearly destroyed him is testimony to his tremendous strength of character.
Denial is a common strategy for surviving the potential for evil that we all carry within us. Lt. Col. Edmond’s memoir is the road less traveled. His book offers healing help to others suffering the moral wounding of war and may, in time help them to join together in the speaking of truth to power with a voice of experience that can no longer be dismissed.
Read more
5 people found this helpful
Report abuse

Brennon
5.0 out of 5 stars Deep and Thought Provoking
Reviewed in the United States on 9 May 2015
Verified Purchase
A fantastically written journey into a brave soldier's developing inner-conflict and shifting perspective. Riveting from start to finish, this book forces the reader to feel, smell, and taste the author's war experience and to understand the resulting impact on his own life and on those who love him.
Read more
11 people found this helpful
Report abuse

Veronica A. Standeven
5.0 out of 5 stars Must read
Reviewed in the United States on 25 February 2017
Verified Purchase
This is one soldier's account of his very personal struggle with coming to terms to what he was required to do and the after-math of his experience. I think that the American public does not think about this war & the many facets of "casualties" that are paid with not only lives lost, but lives injured physically, mentally, emotionally & morally. War changes a person.
Read more
One person found this helpful
Report abuse
See all reviews
Back to top
Get to Know Us
Make Money with Us
Let Us Help You
And don't forget:
© 1996-2021, Amazon.com, Inc. or its affiliates