Sold as the Alpha's Love Slave [The Pregnant Mate Series 5] and over 1.5 million other books are available for Amazon Kindle . Learn more
Share <Embed> 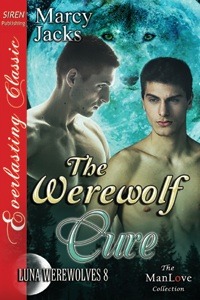 click to open popover
Start reading Sold as the Alpha's Love Slave [The Pregnant Mate Series 5] on your Kindle in under a minute.

B ME
5.0 out of 5 stars This is a very dark world - but the bright light of their mating gives hope where none should exist.
Reviewed in the United States on 21 March 2014
Verified Purchase
Theo has been kidnapped by vampires - he has been used as a blood whore, sex slave and punching bag. He doesn't fight back which makes him less desirable to the vampire masters so he is continuously sold. Now he is in a house with a fighting arena - is he going to die there? They bring in wild animals and pit them against the Alpha's, so how could an Omega survive? However, it turns out that Theo is the prize for the fighting Alpha's. Nero is an Alpha who wants to win the fight because he can see the other Alpha, Lucius, wants him. Nero hates Lucius because he is the house champion, won Nero's mate away from him and then failed to protect him in the arena and he died. Lucius takes one look at Theo and wants him, but he can't risk loving another mate - he has lost two in the arena already. He can't survive a third. But he can't not win either, because Nero will hurt the little Omega just to seek revenge on Lucius. Lucius wins but tells Theo he won't love him, ever. The story weaves us into the life of an Alpha fighter who is enslaved and provides entertainment to the vampires by fighting. We see the relataionship form between Lucius and theo, but also the resistance to that bond. Nero cannot stop taunting and threatening and wants to be able to have Theo for his own ends - not because he wants Theo but because it would hurt Lucius, which spurs Lucius on to win time and again.
This is the most in-depth look into this cruel world the Alphas and Omegas live in. While it is illegal to steal werewolves for slaves it continues until you are rescued, escape or die. The vampires see the werewolves as their dogs to be treated as they see fit. If you don't please you are sold, seemingly to worse and worse houses. There is rape, beatings, fighting and killing on a daily basis in this world. It is actually a horrible way to live. Even if you find your mate and have pups you aren't safe from the life. Your mate can be taken and given away or sold. Same for your pups.
While this is the darket book it is also the most in-depth and engaging. Out of the 5 so far this is the best.

Deirdre
4.0 out of 5 stars Darkest of the series.....4.5 stars
Reviewed in the United States on 4 April 2014
Verified Purchase
The MCs experience terrible things at the hands of their vampire kidnappers. Despite being wolf shifters they are powerless to end their suffering. Each has lived through experiences neither wants to repeat. The vampires are cruel and clueless. The vampires have no regard for the feelings of the wolves. They are treated like the names they've given "blood whore" only good for sex and drinking their blood. To be sold at the whim of an owner on the black market, because slavery is supposed to be illegal. But if the only folks who know you are being abused & enslaved are other vampires who don't acknowledge or recognize that wolf shifters deserve to be free, without fear of being captured & enslaved, then you don't stand a chance of gaining your freedom. Just running away is nearly impossible because other wolves' slave job is not only guarding their vampire kidnappers nests, but also to keep the other captive wolf shifters on the property and hunt them down if they become desperate enough to try to escape.
Living the life of a successful gladiator/arena fighter is much better than other wolf captives outside the ring, each time he goes into it he has to be prepared to win or die. Though cruelly sometimes it's not only his life on the line. And those clueless vampire owners don't understand why he isn't happy, especially when the life of his new mate is threatened. And unfortunately vampire threats are more like promises. Arena fun for them is pitting a wolf against several wild beasts. Letting two alphas battle it out for dominance is a staple in their twisted diet which includes sipping blood from champagne flutes. Imagine how the father and bearer feel when they discover he is pregnant and his next time in the arena will more than likely be his last, as well as end the life of his unborn child. What will they do?
Read more
Report abuse

Kindle Customer
5.0 out of 5 stars Sold as the Alpha's Love Slave [The Pregnant Mate Series 5]
Reviewed in the United States on 20 March 2014
Verified Purchase
I love this series it is great I can't wait for the next one to come out.Hope it's soon. :)
Read more
One person found this helpful
Report abuse
See all reviews
Get FREE delivery with Amazon Prime
Prime members enjoy FREE Delivery and exclusive access to movies, TV shows, music, Kindle e-books, Twitch Prime, and more.
> Get Started
Back to top
Get to Know Us
Make Money with Us
Let Us Help You
And don't forget:
© 1996-2020, Amazon.com, Inc. or its affiliates