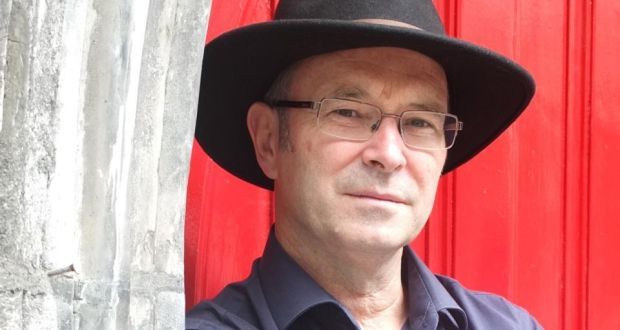 by Mike McCormack (Author)
4.2 out of 5 stars 199 ratings
See all formats and editions
Sorry, there was a problem loading this page. Try again.

Excellence is always rare and often unexpected: we don't necessarily expect masterpieces even from the great. Mike McCormack's Solar Bones is exceptional indeed: an extraordinary novel by a writer not yet famous but surely destined to be acclaimed by anyone who believes that the novel is not dead ― * Guardian *

Pure enchantment from an otherworldly talent. I admired the hell out of this book -- ELEANOR CATTON, Man Booker Prize-winning author of THE LUMINARIES

McCormack has always been among the most adventurous and ambitious Irish writers. Solar Bones, written in one single sonorous sentence, tells the story of a family in contemporary Ireland -- COLM TÓIBÍN

The writing catches fire as we draw near to the void, pass over into death itself, and therein confront the truth that even in a fallen universe, when all distractions tumble away, the only adequate response to our being is astonishment ― * Irish Times *

This is prose that reads as if it is being thought . . . reduced me to tears ― * New Statesman *

With stylistic gusto, and in rare, spare, precise and poetic prose, Mike McCormack gets to the music of what is happening all around us. One of the best novels of the year -- COLUM McCANN

On every page, a celebration of the everyday, the odd, the incidental -- SARA BAUME

Mike McCormack is an award-winning novelist and short story writer from Mayo. His previous work includes Getting it in the Head (1995), Notes from a Coma (2005), which was shortlisted for the Irish Book Awards Novel of the Year, and Forensic Songs (2012). In 1996 he was awarded the Rooney Prize for Irish Literature and in 2007 he was awarded a Civitella Ranieri Fellowship. In 2016, Solar Bones won the Goldsmiths Prize and the Irish Book Awards Novel of the Year.
Start reading Solar Bones on your Kindle in under a minute.

4.2 out of 5 stars
4.2 out of 5
199 global ratings
How are ratings calculated?
To calculate the overall star rating and percentage breakdown by star, we don’t use a simple average. Instead, our system considers things like how recent a review is and if the reviewer bought the item on Amazon. It also analyses reviews to verify trustworthiness.

Carolyn
4.0 out of 5 stars Exhausting
Reviewed in Australia on 27 August 2017
Verified Purchase
The close attention to the detail of a man's relationship with his family life, free of ego-traps like serial love affairs etc, is unusual. The character of the persona is fully revealed --- nervous, precise, reliable, not always likeable, with a heightened sense of responsibility governed by a fear of shame.
While I admired the structure of one unravelling, long sentence (life itself), my attention waned.
However! I loved the descriptive drama suffered by Marcus Conway when he is confronted by daughter Agnes's art exhibition. I also liked the visceral politics when the engineer tussles with the developer and the politician about cement.
PS Ayers Rock is Uluru.
Read more
Helpful
Report abuse
See all reviews

Amazon Customer
5.0 out of 5 stars Quietly brilliant
Reviewed in the United Kingdom on 7 August 2017
Verified Purchase
Don't be put off by this being a novel told in one sentence. Stream of consciousness it may be, but with paragraphs and a clear narrative drive so it's not difficult to read at all.

This isn't a flashy novel, shouting its inventiveness out. It covers ordinary, every day things but does it so brilliantly I'm not sure how McCormack made it so engrossing. I only feel this level of emotional engagement in a few books, and am now sorry I've finished it.
Read more
8 people found this helpful
Report abuse

Mr. ANDREW J. MCCORMICK
4.0 out of 5 stars A long sentence and a good read.
Reviewed in the United Kingdom on 13 September 2017
Verified Purchase
I bought this book because I was intrigued it was a novel in one sentence. The author has the same name as my nephew. I am a new writer. As I started reading, it drew my interest. The story of a man in the later years of a career in the construction industry. That is my experience. I have been writing a novel for the last few months. Writing is a solitary business. I read most of Solar Bones aloud. I found it was a good workout for my voice. The ordinary lives of people make an interesting read. I look forward to reading Mikes other novels.
Read more
3 people found this helpful
Report abuse

Steve Annett
5.0 out of 5 stars An outstanding novel
Reviewed in the United Kingdom on 9 November 2017
Verified Purchase
A stunningly accomplished and profound piece of writing. Why it didn't make the Booker shortlist is beyond me.
I will certainly be reading more of McCormack's work.
Read more
2 people found this helpful
Report abuse

Mr. Kurt Tidmore
5.0 out of 5 stars This is a great book.
Reviewed in the United Kingdom on 7 June 2020
Verified Purchase
This is a great book. It's told entirely as an internal monologue. Books written this way can be difficult or tedious, but this one isn't. It's a short book and there's not a word out of place. In the end it brought me to tears.
Read more
Report abuse