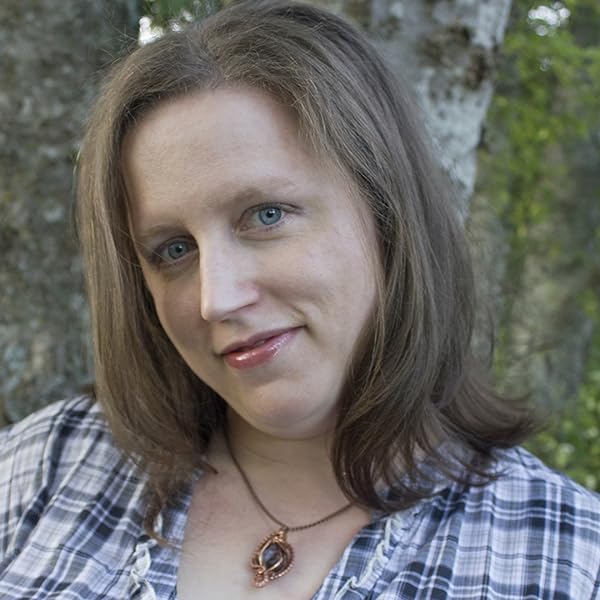 by Bethany Adams (Author)
4.8 out of 5 stars 270 ratings
See all formats and editions
Sorry, there was a problem loading this page. Try again.

A lady without a purpose

After the death of her soulbonded twenty years ago, Lynia has struggled to find her place. Her son, Lyr, has the estate well in hand, and there are no pressing duties for her to attend. Aside from keeping peace between their many visitors and ignoring her growing attraction to the cranky healer, her days blur into uncomfortable monotony. Not even her work doing research brings much excitement. Then an unexpected prophesy shoves her into sudden action--and the healer's company--as a plague threatens all she holds dear.

A healer without hope

For nearly five centuries, Lial has treated injured warriors and residents around Braelyn, but not even the small friendships he has formed can fill the increasing loneliness of his life. Worse, he made the mistake of falling in love with Lynia, who still mourns the soulbonded she lost. He buries himself in work to avoid her, but it seems the gods have other plans. According to his seer cousin, a new disease is coming, one capable of killing elves and fae alike. Lial's only hope? Working with Lynia to find a cure.

While fighting to ignore their attraction, Lial and Lynia must search for answers. Deep in Moranaia's history, there are murmurs of such a plague, but finding the details is no easy matter--especially when a mysterious assassin strikes near the heart of Braelyn. As Lyr hunts for the traitor, Lial and Lynia scramble to unlock the mystery of the virus. But the two events may be more related than they realize, and failure can bring only one thing--death.

Bethany Adams has loved fantasy ever since finding a copy of The Hero and the Crown in her elementary school library. After subjecting her friends to stories scrawled in notebooks during study breaks all throughout high school, she decided to pursue an English degree at Middle Tennessee State University. When not writing or wrangling her two small children, she enjoys reading, photography, and video games.
Start reading Solace (The Return of the Elves Book 8) on your Kindle in under a minute.

Ever since finding a copy of The Hero and the Crown in her elementary school library, Bethany has loved fantasy. After subjecting her friends to stories scrawled in notebooks during study breaks all through high school, she decided to pursue an English degree at Middle Tennessee State University. When not writing or wrangling her two small children, Bethany enjoys reading, photography, and video games.

4.8 out of 5 stars
4.8 out of 5
270 global ratings
How are ratings calculated?
To calculate the overall star rating and percentage breakdown by star, we don’t use a simple average. Instead, our system considers things like how recent a review is and if the reviewer bought the item on Amazon. It also analyses reviews to verify trustworthiness.

Christine Newey
5.0 out of 5 stars Gripping read
Reviewed in Australia on 11 June 2021
Verified Purchase
I just love this series of books, they just get better and better. I could not put this book down, the storyline is so compelling and the magic is so varied with fantastic characters that you can really enjoy. It was a super exciting read with the main character enthralling and wondering if she will survive. I am so looking forward to the next book and am disappointed that I finished it so quickly it was so riveting so will definitely read it again and soon. I thoroughly recommend it and all the books in this series. Well done Bethany Adams.
Read more
Helpful
Report abuse

Jane
5.0 out of 5 stars Great series with interesting premise.
Reviewed in Australia on 1 May 2021
Verified Purchase
Great series of books. Enjoy following the different characters through each book. Looking forward to the next in the series.
Read more
Helpful
Report abuse
See all reviews

M. Paton
5.0 out of 5 stars Mayhem, Murder, Romance and Merry Making, wrapped up in a brilliant series
Reviewed in the United Kingdom on 28 April 2021
Verified Purchase
Another fantastic episode for the brilliant The Return Of The Elves series. I love that the author isn’t particularly aiming at a young readership, and this reflects beautifully in the characters. Well told, with great world building, protagonists we relate with, and antagonists we can learn to empathise with - or not. Love these tales.
Read more
Report abuse

Amazon Customer
5.0 out of 5 stars Excellent!
Reviewed in the United Kingdom on 18 April 2021
Verified Purchase
As always Bethany Adams never fails to delight in this o going magnificent saga.
I had promised myself to read this at a steady pace but ended up binge reading it as I was so engrossed in the story.
The only bad thing now is waiting for the next one!
Please Bethany never stop writing about this wonderful world
Read more
Report abuse

Christianne Pask
4.0 out of 5 stars Lynia and Lial
Reviewed in the United Kingdom on 25 May 2021
Verified Purchase
Firstly, I can see/ feel that this book in the series was a more difficult birthing of moving the story onwards. The characters, action and different strands of the worlds are threatened in a different way and yet that threat is familiar to all in our own now everyday lives. Lynia and Lial do not disappoint.
Read more
Report abuse

Llom
5.0 out of 5 stars Fantastic again
Reviewed in the United Kingdom on 20 October 2021
Verified Purchase
I have so enjoyed this series, but it was great to see these characters find such happiness and Solace. I hope its not last, as can't see anything about another book.

Also as someone that lost a soulmate (husband) , it was a very poignant and inspirational read. Thankyou Bethany Adams.
Read more
Report abuse

Amazon Customer
5.0 out of 5 stars First class read
Reviewed in the United Kingdom on 14 October 2021
Verified Purchase
From beginning to end this book keeps you gripped withhold the story , a lovely love story with so many twists and a beautiful finish
Looking forward to reading more. Highly addictive and highly recommend
Read more
Report abuse
See all reviews
Back to top
Get to Know Us
Make Money with Us
Let Us Help You
And don't forget:
© 1996-2021, Amazon.com, Inc. or its affiliates