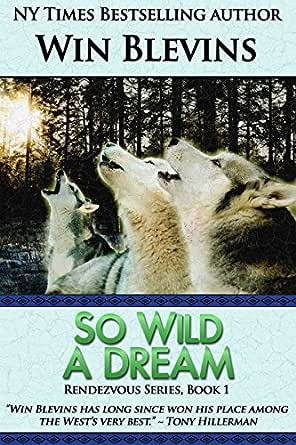 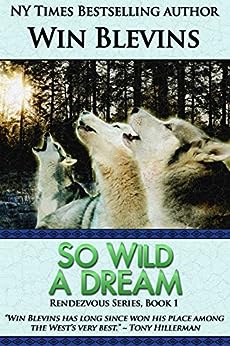 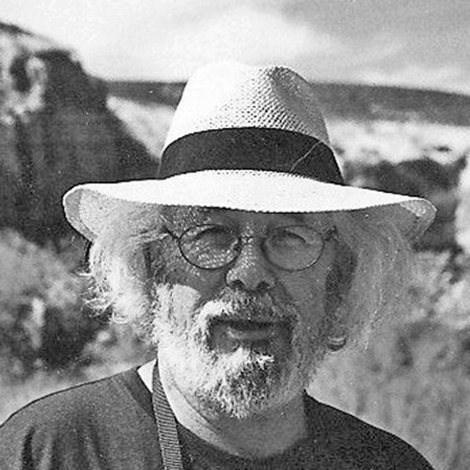 Into the untamed West came the mountain men. They explored the wide-eyed wilderness, crossed the Rocky Mountains, learned the ways of Native American tribes, trekked to the Pacific, and became the stuff of dreams. In SO WILD A DREAM, first book of the award-winning Rendezvous Series, we meet young Sam Morgan, and a cast of legendary historical characters. Sam has a hungry spirit and is pulled by the lure of adventure. Go for the ride! "Blevins possesses a rare skill in masterfully telling a story-to-paper. He is a true storyteller in the tradition of Native people."--Lee Francis, Professor of Native American Studies, University of New Mexico.

In 1822, life in Pennsylvania feels hemmed in, and Sam nurtures the dream of a truly free life. Since the return of Captains Lewis and Clark, people are bubbling with stories about the far-off Shining Mountains. Sam gets a job on a riverboat, and the adventure begins.

Along the way he finds companions and adventures. For guidance, an educated Delaware Indian and Captain William Clark himself. For friends, a con man, a madam, and an assortment of shaggy people who have tasted the waters of those mountains.

Sam first learns the fur trade from Bible-toting Jedediah Smith and Irish Tom Fitzpatrick, both already becoming legends. He also learns from the Indians. At the Ree villages, he comes face-to-face with treachery and instant death. Among the Crows, he learns the love of a woman. From the Bois Brules, Snakes, Pawnees, and other tribes, he learns native crafts, lore, and mysticism.

But Sam's best teacher is hard-won experience. He makes a grueling seven-hundred-mile trek, alone and on foot, across the Great Plains to Fort Atkinson on the Missouri River. On route, he survives the holocaust of a prairie fire and learns the price of survival in the pitiless Western wilds. Sam also learns something of who he is and of who he wants to become.

SO WILD A DREAM was chosen by Wordcraft Circle of Native Writers as novel of the year. It also won the Spur award for best novel of the West.p>

“Not since Frederick Manfred’s 'Lord Grizzly' and Vardis Fisher’s 'Mountain Man' has there been so gripping, authentic, and captivating a story of the men who matched the mountains of the Great American West. Win Blevins has long since won his place among the West’s very best.”–Tony Hillerman

“No one since the great A. B. Guthrie, Jr, has a better feel for the world of the mountain man.”—Don Coldsmith

Win Blevins is an authority on the Plains Indians and the fur-trade era of the West. His rollicking tribute to the mountain man, Give Your Heart to the Hawks, remains in print thirty years after its first publication; his novel of Crazy Horse, Stone Song, earned several prestigious literary prizes; and such novels as Charbonneau, The Rock Child, and RavenShadow have established him as among the best of writers of the West. He lives in Utah's Canyonlands with his wife, Meredith, also a novelist.
click to open popover

Rick Blumenberg
5.0 out of 5 stars A Good Read
5 July 2018 - Published on Amazon.com
Verified Purchase
I like historical fiction if it is authentic to the Times and has stood story that keeps me involved. This does both very well. I don't know much about the mountain men Blevins wrote about but he seemed to know what he was writing about. Most of all I want a story that keeps me interested and hybrid that really well.
The real test for me when I read a free book is "Did I like it well enough to pay for the rest of the series?"
The answer is "Yes! Absolutely."

Shell Lady
5.0 out of 5 stars SINGING THIS BOOK'S PRAISES!
28 July 2017 - Published on Amazon.com
Verified Purchase
I am so thankful that I took a chance and purchased this book! I truly did not want this story to end. It is highly entertaining and full of historical facts. I grew to love each of the characters and was silently rooting for my favorites. I lack the words to properly sing the praises of this wonderful book, so you will just have to experience it yourself to understand what a joy it is to read. I highly recommend the purchase of this book.
Read more

sue
4.0 out of 5 stars The Hunt for Beaver Pelts.
10 January 2017 - Published on Amazon.com
Verified Purchase
This was interesting due to my love of historical books. Mountain men were the first to gain access and really learn about the Indians.
Read more
2 people found this helpful

Mark
5.0 out of 5 stars Good book
1 January 2017 - Published on Amazon.com
Verified Purchase
Found myself flipping through going for the action and the wonderful situations created by this author. It was both interesting and curiously fun!
Read more
3 people found this helpful
Go to Amazon.com to see all 47 reviews 4.4 out of 5 stars
Get FREE delivery with Amazon Prime
Prime members enjoy FREE Delivery and exclusive access to movies, TV shows, music, Kindle e-books, Twitch Prime, and more.
> Get Started
Back to top
Get to Know Us
Make Money with Us
Let Us Help You
And don't forget:
© 1996-2020, Amazon.com, Inc. or its affiliates