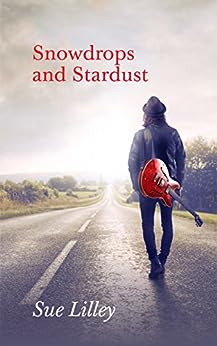 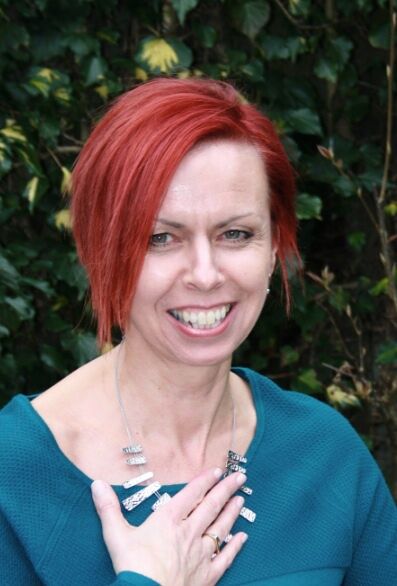 SouthernAngel
4.0 out of 5 stars Quick read:
Reviewed in Australia on 1 August 2017
An engaging, fun and sweet read that kept my attention.
I voluntarily reviewed an Advanced Reader Copy of this book.

Kindle Customer
4.0 out of 5 stars Great Afternoon Read
Reviewed in the United States on 1 August 2017
Verified Purchase
Aiden is a lost soul that needs a change. He escapes his life for a brief period. It is during this escape that he encounters Marianne, who is dealing with her own life issues. His interlude with Marianne leads Aiden to some truths about himself and his lifestyle. With this epiphany, he seeks our Marianne only to be faced with a ghost from her past that may threaten what he though he found.

Snowdrops and Stardust was well written. The story kept moving and kept my attention. However, with that being said, I wanted more. Some sections jumped a little to fast for me.

The ending was well thought out and realistic. Rather than the happy ever after that tends to become cookie cutter, the reader is given a real ending. It leaves the reader wanting to know more of the characters' stories. What will happen next? I would love to see Lilley write a sequel to this book. I look forward to reading more by this author.
Read more
3 people found this helpful
Report abuse

Jessica
4.0 out of 5 stars Good, Short Romance
Reviewed in the United States on 3 August 2017
Verified Purchase
Snowdrops and Stardust by Sue Lilley is a short, romantic story. The story starts off ominous where you are not entirely sure what is going on. It is like it started in the middle of a story and you missed what happened prior to where the story starts. However, that can be typical of short stories. It did get back to and explain the story from where the reader is dropped, which is nice. I think it added an element of suspense to the book, wondering what happened. My only real complaints are how the book ended and that it was from the third person. The ending left you wanting more, but that is not necessarily a bad thing. The end makes you think that there is a second one, but it is still a good ending that leaves you satisfied if there is nothing else after it. The third person aspect is something personal for me. I am not a fan of most third person storytelling because it is harder to do well enough to get a reader in the story, but I think Lilley did it well enough to keep the short story interesting. I would recommend this to anyone who is interested in light, love stories.
Read more
Report abuse

Grady Harp
4.0 out of 5 stars REVISED REVIEW: ‘Aiden Delaney? I can’t believe it. I tried to get tickets for the gig. They’re like gold-dust.’
Reviewed in the United States on 1 August 2017
Verified Purchase
British author Sue Lilley offered her debut novel ANOTHER SUMMER that introduced her into that popular realm of Chick Lit books. She comes by her observational talent and writing naturally, being a daydreamer and a compulsive people watcher. She and her artist husband live in the north east of England, and she enjoys a satisfying marriage from which she can relate to concepts of relationships that are not as secure as hers – fodder for novels about love and lust and coming together. Or as she phrases it, ‘My fast-paced stories have realistic characters who all have hopes, dreams, temptations and dilemmas. Oh, and men to fall in love with!’ And now she moves well into SNOWDROPS AND STARDUST, very short but pungent novella.

Sue has found that line between erotica and literary romance writing and uses that to her advantage. From her first chapter she offers glimpses into the at times distorted life of aura of rock stars and the manner in which they adjust to off stage life – ‘Aiden Delaney jumped from the truck and slung his scarlet guitar over his shoulder. The driver tossed down his battered holdall. It thumped into the fresh snow, already drifting along the hedgerows. “You sure about this, mate? We’re in for another blizzard any minute, I reckon. If you want to hang on, I’ll get shot of this load and we’ll be back on the motorway in time for breakfast.” “Right here’s just fine,” Aiden insisted. “Thanks for the lift.” As the truck moved off with a hiss and a grinding of gears, Aiden had a moment to wonder what he was doing. But three full days of freedom beckoned, a luxury he hadn’t experienced in a long time. The guys had grasped the chance to fly home. But Aiden had nowhere he wanted to be. “Wherever I lay my hat, that’s my home…” He hummed the tune as he surveyed the snow-shrouded valley. But the sentiment thudded in his guts. Lately it had started to bother him but he hadn’t worked out what to do about it. One thing he did know. He’d had enough of limos and private planes and it was time to do something real. He’d given his hawk-eyed manager the slip and hitched a ride north from London, with no idea where he’d end up.’

But on to the story – ‘Was he on a promise or just so used to girls falling at his feet he couldn’t tell the difference? Lust at first sight was more his thing than good old-fashioned love but she was stirring something forgotten. Who doesn’t dream of being the girl he gives it all up for? Flame-haired rock-god Aiden Delaney has it all. But three days before his sell-out headline gig, he takes off alone, disillusioned and on a quest for inspiration. Fame and fortune was never meant to be such a senseless treadmill. Where does he go from here? In his recurring nightmare he’s trapped beneath the stage in a padlocked crate, frantically battering the sides. A few feet above him the show goes on, louder as he hammers for help. Nobody misses him. It’s time he got the hell out. But nobody jumps ship without a life raft. Is it fate he gets snowed-in with beautiful country-girl Marianne? But can he admit to feeling lost and scared of the future? He’ll sound like a lunatic. She could be his muse or his salvation but she doesn’t even own up to recognising him. They have three days alone in her cottage, miles from the city. Three magical days which will surely change their lives.’

Rich
4.0 out of 5 stars A Time for Love and Caring, if only briefly.
Reviewed in the United States on 22 August 2017
Verified Purchase
Snowdrops and Stardust by author Sue Lilly is a short piece of fiction that I found captivating and well-written. if you like a love story, a romance between two lonely people in desperate search of life's meaning, a bucolic setting, a tad of unbridled passion, and a hint of mystery then this is the perfect vehicle for you. It will sweep you along, bind you to its two main characters, and tell its story of human need and desire.
Read more
Report abuse

Jimmy ray
4.0 out of 5 stars A short romantic adventure
Reviewed in the United States on 4 August 2017
Verified Purchase
Good book with developed characters and an adventurous storyline. The story follows a very popular rockstar who has a nightmare and decides to run away from his life. He gets stuck in a snowstorm and snowed in with a country girl for three days. Will he sort out his demons and return to his life or stay with this special girl. Check it out. It is a short read that keeps you turning the pages.
Read more
Report abuse
See all reviews
Back to top
Get to Know Us
Make Money with Us
Let Us Help You
And don't forget:
© 1996-2021, Amazon.com, Inc. or its affiliates