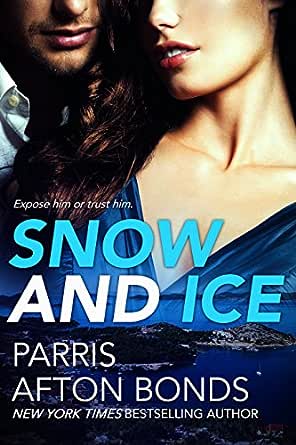 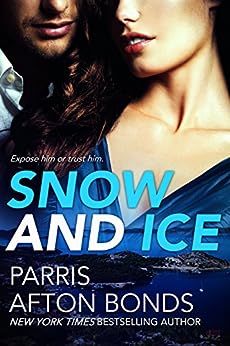 As an undercover investigator for a giant insurance corporation, Diana de Revillon is assigned to recover nine priceless stolen paintings. A professional with a 100% success record, the golden girl’s quest brings her into both the glittering world of mysterious and handsome billionaire David Mendel, who appears to fall for her socialite/party-girl cover, and the underworld of tough narc, Tom Estevez, who is wise to her.

Across the face of Europe’s dazzling cities to the showdown on David Mendel’s sumptuous yacht, both she and Tom pursue what they suspect the mastermind David has – the nine famous paintings to be exchanged for ‘snow and ice’, cocaine and diamonds. But in the diamond-studded glamour of Mendel’s world, the seducer has become the seduced. Diana has come under David’s fascinatingly masterful spell – and is brought to the brink of a damnable choice: expose him or trust him.
click to open popover

sparky
5.0 out of 5 stars Add to your cart immediately!!
Reviewed in the United States on 23 May 2015
Verified Purchase
I've just finished SNOW AND ICE by Parris Afton Bonds. I knew that Ms. Bonds wrote romances. What I didn't know was that this book would be filled with so many twists and turns, such complex characters, and such riveting and beautiful descriptions, and such international intrigue! This isn't one of those "skim over it" books. No. Once I began reading, I was captivated by the main character, Diana--who is tough, beautiful, strong--but also vulnerable. The international settings, the descriptions of place and scenery are exquisitely rendered, so much so that I felt as if I traveled right along with the characters. And this is a meaty story: nine famous paintings have been stolen. Diana is on the trail of the primary suspect, a handsome, worldly, wildly rich playboy who might have stolen the paintings but who definitely steals her heart. When she is invited for a cruise on his yacht, she accepts, thinking that her only task will be to find the paintings. But the story is much more complex, and finding the paintings becomes the least of her worries as she literally fights for her life. To read this book is to dive into a dangerous world of the rich and famous, and to become immersed in international treachery involving life or death decisions. An excellent, riveting read by a master writer!
Read more
2 people found this helpful
Helpful
Sending feedback...
Thank you for your feedback.
Sorry, we failed to record your vote. Please try again
Report abuse

Paul Reeves
5.0 out of 5 stars "Snow and Ice" - GET IT TODAY!
Reviewed in the United States on 14 July 2018
Verified Purchase
Ah yes, start with the diamond capital of the world; the cocaine kings; jewelry firms in Beverly Hills, Tokyo, and London; Saudi Sheiks, Greek shipping magnates; excessive wealth; large yachts; the best shops, sites, and beaches in France; topless bathing; and assassination attempts, and then add in a world class and wealthy and handsome male thief, as well as a wealthy and beautiful female heiress who doubles as a top notch international spy, and you have “Snow and Ice”, a thrilling novel by Parris Afton Bonds that will keep you reading on the edge of your seat from the beginning to the end!

Oh, and did I mention that the two competing main characters, the thief and the spy, have an intimate rendezvous and fall in love? Well, there is that, too!

Does he get away from the authorities, cease his life of high crime, and marry the international spy who had initially set out to target him in a probe? Does she forgive and forget his dastardly crime life and marry him? You will certainly want them to do so, but you will need to read the book to follow the intrigue and to learn the outcome of their very passionate relationship!

Betty Reynolds
3.0 out of 5 stars Lifestyles of the wealthy
Reviewed in the United States on 17 February 2019
Verified Purchase
Although I love most of Parris Afton Bond's books, I could not relate to the characters in this book. It is, however, an exciting and suspenseful game of cat and mouse with a dash of romance.
Read more
Helpful
Sending feedback...
Thank you for your feedback.
Sorry, we failed to record your vote. Please try again
Report abuse

Sharon Black
1.0 out of 5 stars I do not recommend
Reviewed in the United States on 13 February 2019
Verified Purchase
I have read several of this author's books but I couldn't even get pass the first few chapters. Very disappointed in this purchase.
Read more
Helpful
Sending feedback...
Thank you for your feedback.
Sorry, we failed to record your vote. Please try again
Report abuse