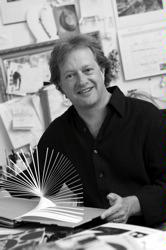 by David A. Carter (Author, Illustrator)
4.7 out of 5 stars 113 ratings
See all formats and editions
Sorry, there was a problem loading this page. Try again.

David A. Carter is a master paper engineer and creator of How Many Bugs in a Box? and more books in that series, which has sold more than six million copies. He is also the author and illustrator of the critically acclaimed One Red Dot, among others. Carter lives in Auburn, California, with his family.
Tell the Publisher!
I’d like to read this book on Kindle

David A. Carter is the mastermind behind the powerful Bug phenomenon that began in 1988 with the publication of How Many Bugs in a Box? Since then he has created a series of Bugs books with combined sales of nearly six million copies. His work, One Red Dot, was a New York Times best-seller and was highly praised by Newsweek and Entertainment Weekly magazines. He is also the author of the popular Blue 2. His Easter Bugs was a #1 New York Times bestseller for three years, and Halloween Bugs has been on that list for two years. He has also collaborated on Let's Make It Pop-Up!, Curious Critters, The Elements of Pop Up, and The Nutcracker. He lives in Auburn, California, with his wife and two daughters.

4.7 out of 5 stars
4.7 out of 5
113 global ratings
How are ratings calculated?
To calculate the overall star rating and percentage breakdown by star, we don’t use a simple average. Instead, our system considers things like how recent a review is and if the reviewer bought the item on Amazon. It also analyses reviews to verify trustworthiness.

Shezzle
3.0 out of 5 stars Nice Wintery Book
Reviewed in the United Kingdom on 9 November 2017
Verified Purchase
This is a pretty book and most of the pop ups are very lovely but... A few were stuck together and still do not open up straight away very well- I have to adjust after opening. The quality of this is not up to most of the other Bug books unfortunately- unless we have a faulty one- I haven't time to return and it is still a nice book.
Read more
Report abuse

TeaLover
5.0 out of 5 stars FAV
Reviewed in Canada on 7 April 2014
Verified Purchase
This is my sons fav book of all time. We LOVE reading it, actually ALL the bug books are amazing! Check them all out!!!
Read more
Report abuse

Louise Keeley
5.0 out of 5 stars Great children's book
Reviewed in Canada on 17 September 2013
Verified Purchase
These book catch the attention of our 18 month old grandson. They are his favourite. We will probably buy most of the series.
Read more
Report abuse

C. G. King
4.0 out of 5 stars Very cute book for young children
Reviewed in the United States on 9 March 2010
Verified Purchase
This is a small book that fits well in little hands and offers a cute pop-up scene on each page. Each scene is appealing and not too complicated, but with enough movement to please a little one. After our record snowy winter, I thought my grandchildren would enjoy this book since they are huge pop-up book fans, but found it oriented to younger children than my 6 and 9 year old.

For younger children, the scenes are mostly sturdy enough to withstand a certain amount of roughness and could be enjoyed independently by even a two-year-old. The snowman on the last page is more elaborate--and more fragile--and the dancing ballerina may not dance for long :) but would still be cute when she pops up on the frozen pond.

This would be a great Christmas present next year, or even a fond memory come summer of the snowy fun many children had this winter.
Read more
3 people found this helpful
Report abuse
See all reviews
Back to top
Get to Know Us
Make Money with Us
Let Us Help You
And don't forget:
© 1996-2021, Amazon.com, Inc. or its affiliates