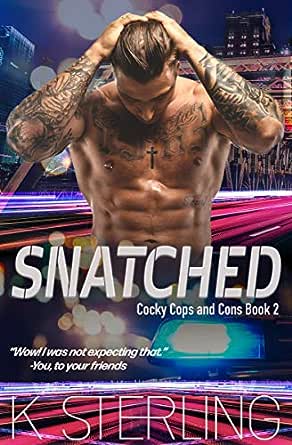 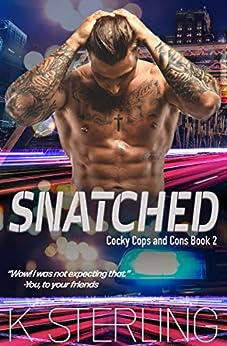 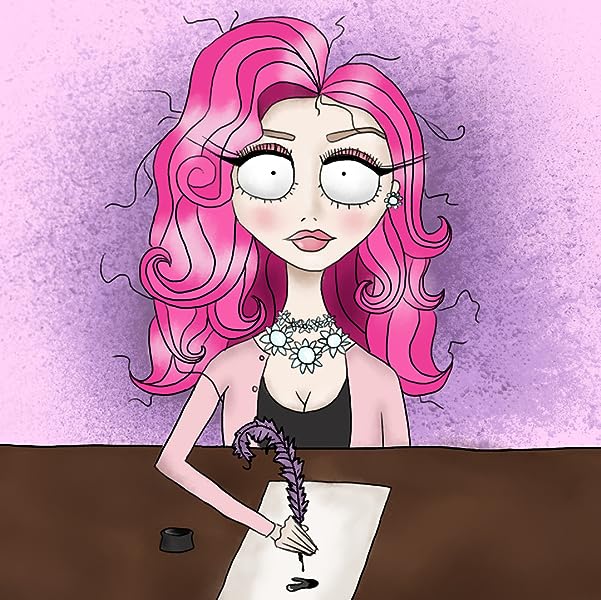 Theresa Preston
5.0 out of 5 stars brilliant
Reviewed in Australia on 26 March 2019
Jake and Dilan are outstanding men. Jakeis all about the law yet Dilan is a criminal and has an extremely bad mob rep. How these two meet sets the stage for an outrageous story that drags you in and won't let you go till the very end. So many twists and surprises, this well written book kept me entertained, and had me in fits of laughter with some of their shenanigans. And watch out for Roan.. he'll steal your heart!!!
If I could I would give so many more stars.
I voluntarily reviewed an advance copy of this book

AUJenn
3.0 out of 5 stars Who wrote this?????
Reviewed in the United States on 31 March 2019
Verified Purchase
I love K Sterling’s books so it’s with a heavy heart, and a good bit of frustration, that I can only give the last two books mediocre ratings. The first in the series was fine but seemed like a watered-down version of her usual writing; it took a while to interest me and would require rounding up to get 4 stars. I can only give 3 stars for this book.

K Sterling is one of my favorite authors. She publishes a new book about once a month; they are often on my “to read again” list so I just buy them instead of going the Unlimited route. Her dialogue is natural and often hilarious, the characters are memorable, and the stories are so diverse it’s usually a surprise what the next book will be about.

While I can’t recommend the last two books, or Hell in Beldon Hall, all the other books are solid 4-5 stars. The Boys of Lake Cliff series is like eating a bag of popcorn and a pint of chocolate chip mint ice cream for dinner and calling it a win - a little too good to be true but oh so much fun, Happily Ever Alfie is amazing with one of the most satisfying epilogues ever, and even the older books like The Guarded Heart, The Shop Downstairs, and Under the Stars are wonderful, sweet reads.

My issues:
- The formatting in the last two books is a nightmare. The paragraphs are not indented nor is there double spacing between them – at least one of these two things must happen. As it is now, one paragraph can easily flow into the next so I was often confused about who was speaking. To add insult to injury, the lines of text are tightly spaced because the formatting option to increase or decrease the spacing between lines is virtually nonexistent since there’s not much of a difference between option 1 and option 3 on my Kindle. The result: each page looks like word vomit and sometimes a good bit of care must be taken to figure out the start and finish of paragraphs – while squinting.
- In this book, she set the scene for a gritty mafia story then filed down all the rough edges. We got a mob boss that acted more like an angsty teenager than a gown up, MCs who only spent a handful of hours together before a Romeo and Juliet kind of love was declared, and sex scenes that lacked chemistry making them meh at best.
- (Vague spoiler alert) The two plot twists at the end were rushed and baffling; the first lacked a credible “how” on many different levels and the second didn’t fit the character.

Overall, she seemed to shy away from the course she had set and, in the end, the characters and storyline lacked the authenticity and spark normally found in her books. The good news is Roan shows a lot of potential for an interesting MC in her next book.

Sterling either has a new publisher who can’t format and has saddled her with an editor that is messing with her mojo OR Sterling’s Hallmark alter ego, with a devilish side that refuses to indent, has taken over the writing. Either way, please give the pervy girl back!
Read more
One person found this helpful
Report abuse

R Keebler
4.0 out of 5 stars Great characters
Reviewed in the United States on 26 March 2019
Verified Purchase
Jake is a coroner, just going about his job picking up another dead body. Just a day in the life, when him and his body are kidnapped.

Dilan is an Irish mob “boss”. He doesn’t really want the job but to protect his brother he’ll do whatever it takes. Including stealing a body that he thinks will incriminate his brother. Oh yea, and stealing the coroner too. He has a hole in his back that needed to be fixed up.

So begins the saga of Jake and Dilan.

I adored these guys. Jake was a very practical man and a mob boss totally threw him off his game and right into the arms of love. Dilan was a cold, calculating man, except when it came to his family. I liked the insta-love (I’m a sucker for that). The characters were very well thought out and the story line was great. Then there’s Roan. I don’t think I’ve ever got so invested in a secondary character. He tried really hard to steal the book from Jake and Dilan. Can’t wait for his book.
Read more
2 people found this helpful
Report abuse

Miareadsbooks
5.0 out of 5 stars Fan-girling like a fool
Reviewed in the United States on 26 March 2019
Verified Purchase
I thought the love I had for Wal in Throttled could not be matched... And then K goes ahead and writes Snatched and suddenly I'm fan-girling like a fool over Dilon and Jake (and don't even get me started on Roan, OMG!).

Snatched will keep you engaged from the start, where you're thrown right into the action immediately. I love that this author assumes you're intelligent enough to follow along with the action and doesn't pull punches with the narrative. You can tell that K has spent time in this world and understands the nuances of crime, investigation, underworld figures and police procedures and her books read brilliantly as a result.

I adored the dynamics between Jake, our resident "good guy" and Dilon, the so-called, self-styled "bad guy". The way these characters interact, as their attraction and then relationship develops, is wonderfully honest and delightfully realised. Throw in the brilliant Roan, the ever incredible Wal, and a gamut of bad guys and you have a fantastic thriller romance that will keep you guessing as to who the real bad guy is and cheering on Jake and Dilon as their relationship deepens.

One hell of a fun read! I can't wait for Roan's book #grabbyhands

Swaffy67
5.0 out of 5 stars Whew.......such a rush!
Reviewed in the United States on 28 March 2019
Verified Purchase
This book was fast-paced, loaded with personal angst, full of sizzle and a great cast of characters. It doesn't get any better than that!

Jake and Dilan just did it for me. Both previously het and after meeting each other, they reminded me of a blind person struggling their way through a room they were unfamiliar with. You could just tell that there was something between them - I was rooting for these two from the first chapter. Their chemistry was amazing to read.

The basis of this story was exceptional. I loved how the flow worked from beginning to end. It kept you engaged throughout. I won't post any spoilers but you throw in cops, medical examiners and Irish mobsters and you got yourself a fantastic read. Although not needed, I still recommend reading "Throttle" first just because items from that book are mentioned in this one (it was good to see Wal and Marco again!).

So...…...let's hope the sassy minx Roan get's himself an HEA because he is truly an enigma! K. Sterling is an immediate 1-click for me, because she is just that good! You'll enjoy this book immensely!
Read more
Report abuse

SE
5.0 out of 5 stars Irish mob boss or priest or lover - Dilan O’Shea <sigh! ❤️
Reviewed in the United States on 26 March 2019
Verified Purchase
Fascinating story of the head of the Charles Hill Gang, Dilan O’Shea and Jake Tyler, Chief Medical Examiner for the police department - and what an exciting story it is! The story begins with Jake and his assistant picking up an unidentified body covered with a combination of shamrocks and Aryan themed tattoos. Then everything goes badly for Jake as he is snatched along with the body! This story will take you right into Dilan’s Irish mob world which is politics with deadly results. Enemies with hot lust for each other from the beginning each trying not to die. Exciting characters which will make you anxious to read the next book!

K. Sterling is an amazing writer who can make the worst villain a romantic figure along the way. Her books are always an immediate buy for me! I voluntarily reviewed an advanced reader copy of this book and purchased it for my library to support my author!
Read more
Report abuse
See all reviews
Get FREE delivery with Amazon Prime
Prime members enjoy FREE Delivery and exclusive access to movies, TV shows, music, Kindle e-books, Twitch Prime, and more.
> Get Started
Back to top
Get to Know Us
Make Money with Us
Let Us Help You
And don't forget:
© 1996-2020, Amazon.com, Inc. or its affiliates