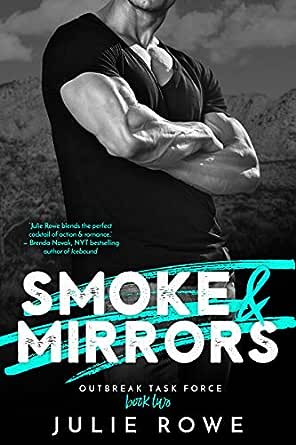 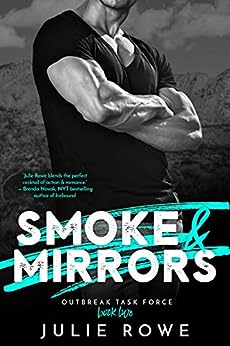 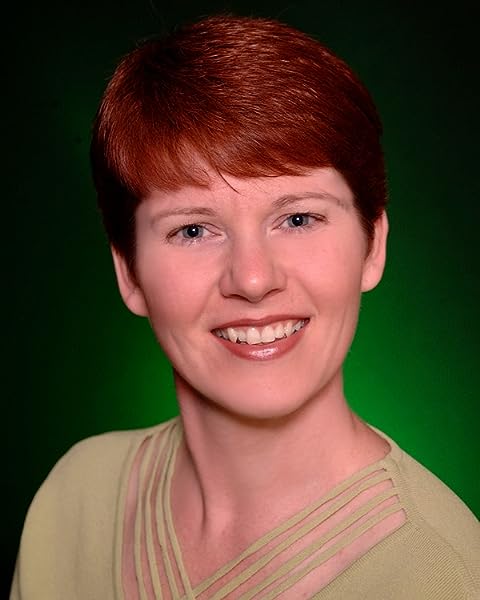 4.3 out of 5 stars
4.3 out of 5
36 global ratings
How are ratings calculated?
To calculate the overall star rating and percentage breakdown by star, we don’t use a simple average. Instead, our system considers things like how recent a review is and if the reviewer bought the item on Amazon. It also analyses reviews to verify trustworthiness.

Bec
TOP 500 REVIEWER
5.0 out of 5 stars Thrilling read that just kept getting better and better with all the suspense it contains.
Reviewed in Australia on 4 March 2018
CDC Nurse Kini Kerek has her work cut out for her, especially when she finds herself being targeted and rumors are flying around town about what she's really there for. Luckily though, she has former Special Forces soldier Lyle Smoke to help her out and protect her from any other threats that she may face while continuing her research into Hantavirus. However, as the danger closes in, will Lyle be able to keep Kini safe, or will they lose their chance at happy ever after?

This is the first book I've read by this author and I've got to say that I've been missing out on some fantastic and compelling reading if the rest of Ms. Rowe's books are as good as this one. Really, this book had everything I love in a romantic suspense including a perfect combination of suspense and romance; highly entertaining dialogue that drew me in from the very beginning and just kept getting better the further Kini and Smoke got into their investigation; and the fast-paced storyline had me intrigued and determined to discover how far the bad guys were willing to go to stop Kini from continuing her research. However, it was from the moment the hero and heroine came face-to-face for the first time that had me smiling because Kini definitely knows how to make a good first impression, especially when it puts her in the hero's personal space.

Both the main characters are relatable, likeable and I loved their back stories because the hero has been through so much as a special forces soldier and the harshness of people that believe he's the bad guy because of things that happened in his past that he feels such guilt about. Will he ever realize that what happened in this past wasn't his fault? Moreover, the hero is confident in his skills in protecting the heroine; doesn't speak more words than he has to, which is quite amusing; and I loved how the hero won the heroine over. While the heroine, she's resilient, courageous and I liked that she didn't scare easily, even though the incidents become more and more harrowing. I also liked how good the heroine was at her job and that she would do anything to try and help people in need, even though all hope seems lost.

Overall, Ms. Rowe has delivered a thrilling and well-written read in this book where the chemistry between this couple was intense; the romance delightful; and the ending had me worried for the main characters, but had me liking how far the hero is willing to go to protect the heroine, even if it means breaking a promise that he made to Kini. Yet, in saying that, I liked how things worked out for this couple, as they're really good together and shouldn't let anything keep them apart. I would recommend Smoke and Mirrors by Julie Rowe, if you enjoy romantic suspense or books by authors Christina Elle, ST Young, Kaylea Cross and Katie Reus.

Kini Kerek is a CDC Public Health Nurse. She's in rural Utah researching the population for antibodies for the Hantavirus, in the hopes of proving the need for the development of a vaccine. But, some terrible rumors have preceded her in this small town, and she has been met with suspicion, threats, and even violence. She's not sure what her next move will be, when there is an outbreak of the very virus she's been sent to investigate. She needs help, and quickly. Luckily, a local man, fresh out of the Army, has taken on the task of helping, and protecting, her. If only she wasn't so drawn to him personally.

Lyle Smoke was just discharged from the Army, Special Forces. His good friend River, the hero from book 1, has offered him a job with the CDC, and he was strongly considering it. But, when he meets Kini, in a MOST interesting way, and wants to help her, he agrees to the job even quicker than expected. Smoke has some damage in his past, and not just from the military. But, he feels drawn to Kini, and feels an urgent need to protect her. So, he uses all the skills his Native American upbringing taught him, and the additional skills the Army honed in him, to help her figure out the mystery, and keep them both alive.

Smoke and Kini's chemistry was crazy strong from minute one. Their meeting was quite unconventional and unique, and I loved their banter and ease with each other from the start. She also felt comfortable and at home with his family, and I loved that too, especially since she had no family of her own. Smoke has had some dark things happen to him in his life, not to mention, the local sheriff's deputy hates his guts, so he's got some major issues to contend with. They both had deep and traumatic emotional scars that they had to figure out how to deal with before they had any hope of being together. I liked that they were both willing to acknowledge those issues, and work on them, in order to make things work.

Smoke's family were all great side characters, as were a few other people on the CDC task force. There were also great villains in this story. Ones that I wanted to reach through the book and smack around in fury, as well as ones where you weren't sure what their motivations really were. It was a great suspense plot, and there were so many potential bad guys, and it kept me guessing who all was bad, and what those bad people might do. I loved that feeling in the pit of my stomach as the plot continued on, and it's exactly what I look for in my romantic suspense.

My only issues here were with a couple loose ends I didn't feel were tied up, at least not on the page. One had to do with Smoke's cousin. And another with one of the villains, and their motivations, which seemed a little unclear to me and left me feeling a little unsatisfied. I don't want to say any more that might lead to spoilers.

I really loved the story, and I fell totally in love with Smoke, and with Kini. They were an awesome couple, and they made an amazing team. I'm very much looking forward to more in this series. There are at least 2 other characters I have my eyes on as having the next book, and I'd be thrilled to read about either one!
Read more
3 people found this helpful
Report abuse

Happy Sea Slug
2.0 out of 5 stars not great, some bright spots
Reviewed in the United States on 10 January 2019
Verified Purchase
The plot didn't hang together well enough for me, particularly the first half of the novel. I didn't feel much suspense until the end. The writing was uneven, competent in some places and badly in need of editing in others. This book had a lot of melodrama - lots of clenched fists and angry glares and everybody who was not Kini and Smoke was described as either an ''idiot'' or an ''<expletive>." Kini thinks she is better than everyone at their job, and yells at hospital staff, police officers, and others about their incompetence at every imaginable opportunity.

I found the dialog exchanges between the two lovers somewhat exhausting. Generally the less dialog a scene had, the better written it was. The problem wasn't the words being spoken but the dialog tags and action beats in between screwed up the pacing. Too much flying between emotional extremes. Too much staring at people like they were crazy. There were a lot of long, drawn-out conversations where nothing meaningful was said.

I liked Smoke's character. I liked his silence and his patience. There were bits of brilliance toward the end with building tension and exploding action. It made me wish the rest of the book had been that well written.
Read more
Report abuse

Karen C McMillan
2.0 out of 5 stars Blah.
Reviewed in the United States on 19 September 2020
Verified Purchase
Book 1 was better. I just really didn’t like these characters. I was predisposed to like Smoke but ended up not that enamored of him, and I have to wonder if that was because the heroine was so irritating and just didn’t make his character as real as he should have been. The dialogue in several places was just off...it didn’t sound like any conversations I could have imagine happening, considering the circumstances. Just not a very good book; the plot lagged and dragged; and, as I said, the dialogue, in several places, was just ridiculous. Honestly, no matter how dedicated I would be to a job, if my car had a hate message scratched on it, I’d been t-boned deliberately, had dogs sicced on me, had my tires slashed, had another rental car set on fire, well, I’d be calling my boss saying I need more help than this hero protecting me. There’s brave and there’s stupid. This heroine was just stupid. I’ll try book 3 but, if it’s on a par with this one, I’m done.
Read more
Report abuse

This series like its predecessor blends Military and CDC personnel. Kini Kerek is a CDC health care nurse who was sent to Utah to gather blood samples and research for a cure for the Hantavirus. She is running into resistance and getting death threats when she finds out there are current cases of people dying at the hospital from the Hantavirus.

Lyle Smoke recently discharged from Special Forces after 8 years is returning home with memories of pain and blood. He is hoping for some alone time to go out hunting on his own to release the anger that lives inside him. What he wasn't expecting was a sexy woman to be sleeping in his childhood bed. When he realizes how much danger she is in he accepts a job offer from the CDC Outbreak Task Force so he can keep Kini safe while also trying to figure out what is going on in his town with the sudden outbreak which is killing residents at a fast rate.

Not as edge of your seat as some of the previous books but still a page turner.
Read more
Report abuse
See all reviews
Get FREE delivery with Amazon Prime
Prime members enjoy FREE Delivery and exclusive access to movies, TV shows, music, Kindle e-books, Twitch Prime, and more.
> Get Started
Back to top
Get to Know Us
Make Money with Us
Let Us Help You
And don't forget:
© 1996-2020, Amazon.com, Inc. or its affiliates