Small Town Kid: A Poetry Anthology of growing up in rural... and over 1.5 million other books are available for Amazon Kindle . Learn more
Share <Embed> 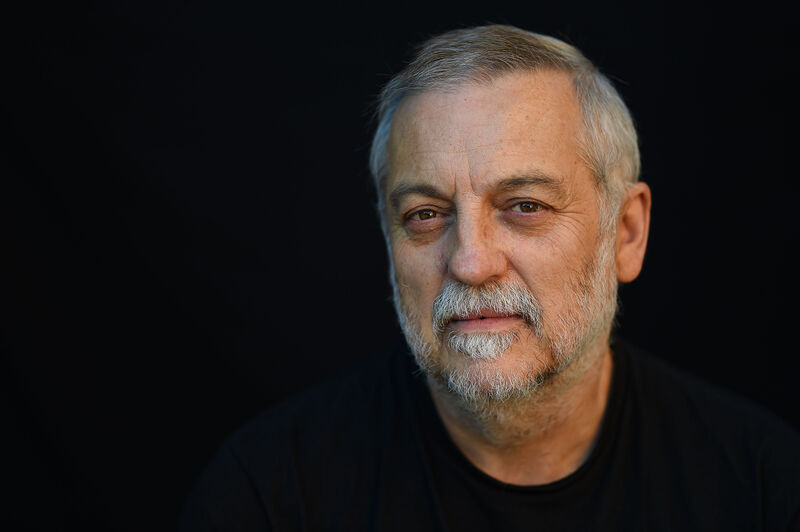 Start reading Small Town Kid on your Kindle in under a minute.

Frank Prem has been a storytelling poet for forty years. When not writing or reading his poetry to an audience, he fills his time by working as a psychiatric nurse. . He has been published in magazines, zines and anthologies, in Australia and in a number of other countries, and has both performed and recorded his work as 'spoken word'. . He lives with his wife, musician and artist Leanne Murphy, in the beautiful township of Beechworth in northeast Victoria (Australia). . Franks web page is located at: www.frankprem.com.

Amazon Customer
5.0 out of 5 stars Compelling, heart-felt connections
Reviewed in Australia on 15 December 2018
I received an ARC, but it makes no difference. This book of poems is an intriguing and insightful look at country towns - one of my favourite subjects. This book has poems that show an Australia that's gone - or is it? The stories are wonderful, closely entwined with the people and place. It will bring a smile, maybe a wink, and you will enjoy every word.
It's also worth listening to the presentations at the library (see his website).
Fun, Frank, and wondful reading. Thank you.
Read more
One person found this helpful
Helpful
Report abuse

Tracy
5.0 out of 5 stars A moving and exquisitely written memoir about growing up in country Australia
Reviewed in Australia on 19 December 2019
I’m a fan of a good love story and Frank Prem’s memoir, Small Town Kid, doesn’t disappoint. This small book of exquisitely written poetry traces Frank’s life from infancy through to young adulthood in the small town of Beechworth, country Australia during the 1960s and 1970s. Frank Prem’s reminiscences are rooted in place, whether that be the family home, the outhouse, the main street, memorial park or the Beechworth gorge. In I can hardly wait to show you, Prem invites readers

It is a real love story. We are introduced to a seeming childhood nirvana, where young larrikins run amok away from the eyes of preoccupied parents; where snaffled contraband and a hint of danger add to the day’s excitement (see fast-track perambulation, pumpkin-rock terrorists, holes in pockets). It was a place where the passage of seasons was marked by community ritual and a good party (see fires of autumn, at easter, a tricky place, crackers). Yet, like many country towns of its era, Prem's town could be tribal, intolerant, and had its fair share of tragedies (see the hallways of st-joseph’s, relentlessness, fight, vale, and palmer’s not).

Mr Prem’s writing is rich in sentiment yet the emotion is restrained. Prem tells his story with wit, humour and compassion. But there is also a less pleasant side to living in a small regional town, which is couched in a good dose of irony that will not be lost on readers. The language of his verse is beautiful — complex but simple, compelling, reflective and lyrical.

While his memories are crystal clear, the passage of time illuminates. Frank Prem’s poems about his migrant family are particularly moving, conveying as they do such warmth and joy, even though the family’s “difference” often causes young Frank considerable embarrassment. In this coming of age story (both for Frank and the town), we see Frank as both an active participant in, and independent observer of, the story. Life in town can be difficult for those that are different and struggle to fit in. There is a sense too of Frank as the ‘other’, which grows stronger as time passes. Could it be his ethnicity that sets him apart, or perhaps it comes from being a thinker and a wordsmith, and not a footballer (see in the rooms), forester or farmer (see a cocky’s lot)? Or maybe it is his lack of athletic prowess?

The yearning to connect, to belong, is physical and mental. However, sometimes a square peg has to leave so that he can come home.

(circular square town)
I’m watching a circle form
from the start
at the point where I had to leave
….
the old town is different now
so am I
but the circle
is set to be squared
at last

I was very moved by this book, and I think you will be too.
Read more
Helpful
Report abuse

Fotoula Reynolds
5.0 out of 5 stars An enjoyable read.
Reviewed in Australia on 21 September 2020
Small Town Kid is a ripper of a poetry collection.
Read more
Helpful
Report abuse
See all reviews

The Paragon
5.0 out of 5 stars You Must Read This
Reviewed in the United Kingdom on 10 November 2019
Verified Purchase
What a delight this book is. Small Town Kid is a collection of autobiographical poetry, focussed on the early life of Australian poet, Frank Prem. It’s just beautiful. In small bursts of verse, we are afforded a glimpse into a life and I just loved it.

It seems churlish to pick favourites, so let’s get started…

Loss of faith is beautiful.

Nightman is a story of the man who empties out the outhouse and one night, trips over with the bucket onto the street, resulting in some spillage. Very evocative and splendidly written.

Sunsets are… is glorious. I have to go to Australia. I have to.

State of the art made me chuckle, actually out loud, startling my Jack Russell. A favourite line for me was - “papier-mâché is just messy rubbish.” Love it.

The language is fluid and profound, the poems are stunning and a joy to behold, the use of lower-case lettering throughout is a delight. You must read this book. You just must.
Read more
Report abuse

Blocat
5.0 out of 5 stars A very pleasant read.
Reviewed in the United Kingdom on 24 December 2018
Verified Purchase
A nostagic reminder of my youth. Very readable.
Read more
Report abuse

Christine Goodnough
5.0 out of 5 stars Frank Prem gives us a flashback to a simpler age
Reviewed in Canada on 3 July 2019
Verified Purchase
While I'm not a boy and grew up an ocean plus a hemisphere away, I've enjoyed travelling with the writer through the scenes if his childhood and teenage years. Some things were much the same when my siblings and I were growing up.
Read more
Report abuse

Ms_Jade_Li
5.0 out of 5 stars A Poet's Walk Through His Childhood in a Small Australian Town
Reviewed in the United States on 15 December 2018
Verified Purchase
From the dedication poem, “I Can Hardly Wait to Show You”, to “Circular Square Town”, Frank Prem's chronological journey from infancy to the present has a familiar feel to it; almost as if you were take a walk through your own memory lane to recall the innumerable small, but unforgettable moments that make up a life. Frank's style is minimalist, with plenty of room to fill in the blanks with your own conjecture or possible parallel memories. Written about an Australian town that was a gold-rush town in its day, it touches on those times as well as describes the landscapes there. Frank's work is approachable, understandable, and sensitive in its handling of the most delicate of subjects.

My favorite poems, in a book of favorites – they're all good! – are: “poppy cakes”, “frenki boy”, “the exuberance of my aunt”, “loss of faith”, “picnic story”, “the dawn of civilisation”, “the hallways of st. joseph's”, “pumpkin rock terrorists”, “a tricky place (the annual fete)”, “fight”, “sweet maureen”, “libby's puzzle”, “vale”, “palmer's not”.
Read more
One person found this helpful
Report abuse

The Bubblegum Review
4.0 out of 5 stars A Collection of Memoir or Biography?
Reviewed in the United States on 22 January 2020
Verified Purchase
What's interesting about my thoughts on this book is the fact that I don't read a lot of poetry, and I read it back-to-back of another memoir poetry collection that was a lot more expressive in the way of bare emotion. So I feel a bit biased, but only because what I am reviewing has been juxtaposed.

With that in mind, this collection was very reserved and, for lack of a better and more erudite word, poetic, which made it less entertaining for me. I think I prefer more expressive poetry, especially for the genre of memoir, but I don't read a lot of poetry so I find myself wondering if poetry style is more about style and craft or an expression of the actual author's personality. Or both. The collection put me in mind of, say, a violinist that is technically proficient in the violin and plays very well, but I can't connect because there seems to be a feature missing that makes it distinctive to them specifically.

Or I wonder if I feel this way--at least partly--because this collection is very good at creating mood:  I felt a mood of memory that had been created, of a sort of sad nostalgia that blanketed everything without actually smothering everything. Very beautiful pieces and beautifully intimating language at times. I also like how time progression was addressed and handled, as in, I felt a solid beginning, middle and end of a life instead of just a slice of life (characteristic of memoir).

I give this book 4 bubblegums
Read more
Report abuse
See all reviews
Back to top
Get to Know Us
Make Money with Us
Let Us Help You
And don't forget:
© 1996-2021, Amazon.com, Inc. or its affiliates