Small Blessings and over 1.5 million other books are available for Amazon Kindle . Learn more
Share <Embed> 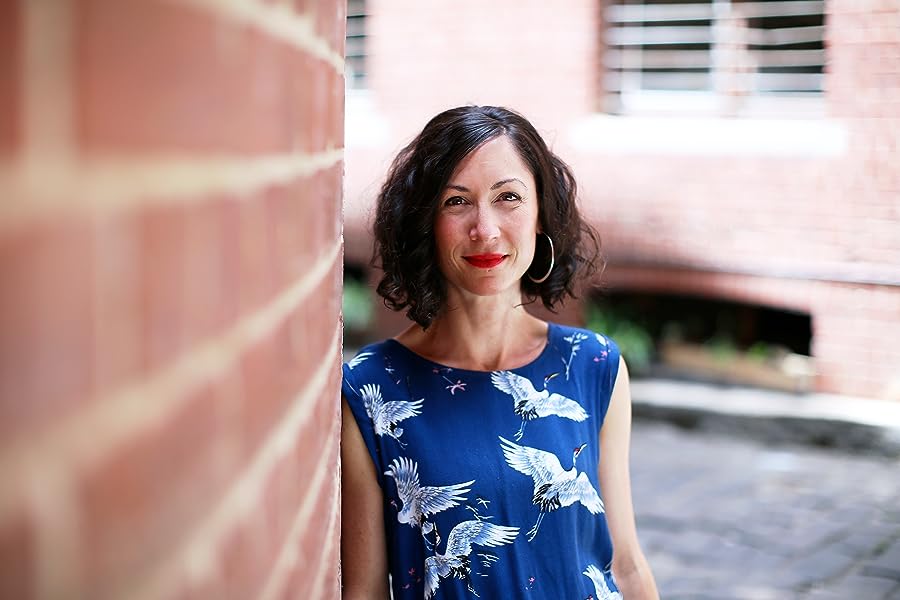 Small Blessings: Through the unlikeliest of friendships comes a second chance Paperback – 4 February 2019

Releases March 2, 2021. Pre-order Beyond Order: 12 More Rules for Life now with Pre-order Price Guarantee.
If the Amazon.com.au price decreases between your order time and the end of the day of the release date, you'll receive the lowest price. Order now
click to open popover
Start reading Small Blessings on your Kindle in under a minute.

Emily Brewin is a Melbourne-based author and educator.

Hello, Goodbye is her first novel. Her second, Small Blessings, is due for release with Allen & Unwin in February 2019.

She has been awarded an Australian Society of Authors Emerging Writers' and Illustrators' Mentorship for her fiction writing, and has been shortlisted for Hachette Australia's Manuscript Development Program and Varuna's Publisher Introduction Program. She was recently awarded a 2018 Moreland writer's residency and a 2018 Bundanon Trust artist residency to develop her third novel, The Piano.

Her work has been published in Feminartsy, Meanjin, Kill Your Darlings, Mamamia, Shine, Metro and Screen Education magazines.

Kjane
TOP 500 REVIEWER
4.0 out of 5 stars A story of heartbreak set in Melbourne
Reviewed in Australia on 27 March 2019
I picked up this book with absolutely no expectations and was not disappointed. Isobel and Rosie could not be more different, yet both feel socially isolated and that they are missing out.

Rosie is a single mum, doing it hard but striving for a better life for her and her son Petey who has special needs. Isobel is a lawyer, who appears to have it all, but is now yearning for a child. She is somewhat ashamed of her working class background, and tries hard to distance herself from her family.

Both find themselves facing a great loss, it takes a while for their paths to cross, and it is a meeting that will make or break them.

Thanks Allen & Unwin for my uncorrected proof ARC to read for an honest review.

Jools
4.0 out of 5 stars Even in the most unlikeliest of circumstances, there is room for emotional healing.
Reviewed in Australia on 6 March 2019
Small Blessings by Emily Brewin

When Rosie Larson found out that her violently abusive ex boyfriend Joel was out of jail she was understandably nervous, looking over her shoulder at every turn.
When she started to receive anonymous phone calls with no-one answering, she was doubly nervous because she just knew it was Joel.

Rosie has been single handedly raising her 10 year old son Petey, though she is grateful for the generous help of an elderly neighbour who looks after Petey before and after school while she works long hours in a grocery store. Without his help she would really struggle to make ends meet, she is trying to scrape together enough money to take Petey on a holiday.

Isobel Hutchins is a very successful lawyer who, much to the chagrin of her husband, put her career ahead of having children. Now she has reached a point in her life where she feels ready to start a family before it's too late. She convinces her now reluctant husband to start an IVF program in the hope of quickly falling pregnant.
Life however, is not that predictable, and when Isobel's mother calls her with the news she has terminal cancer, Isobel's world begins to slowly unravel as all her worlds begin to collide.

Fate also has another blow to deliver to Rosie, and it is in the midst of this crisis that she has a series of random encounters with Isobel Hutchins, who also appears to be lost in a world of her own confused and troubled mind.
It was through these random yet meaningful encounters that the two eventually formed an unlikely alliance which ultimately proves to be of great support to each of them in their time of need.

Small Blessings is a moving story about love, loss and friendship, even in the strangest of circumstances there is room for healing and emotional restitution.

Many thanks to Allen & Unwin for providing this advance uncorrected copy for me to read and review.


Read more
Helpful
Report abuse
See all reviews
Get FREE delivery with Amazon Prime
Prime members enjoy FREE Delivery and exclusive access to movies, TV shows, music, Kindle e-books, Twitch Prime, and more.
> Get Started
Back to top
Get to Know Us
Make Money with Us
Let Us Help You
And don't forget:
© 1996-2020, Amazon.com, Inc. or its affiliates