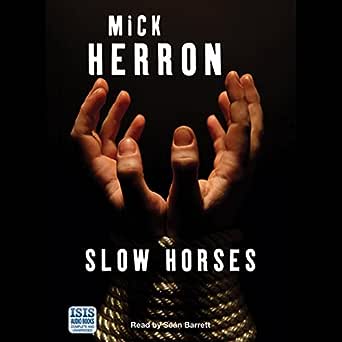 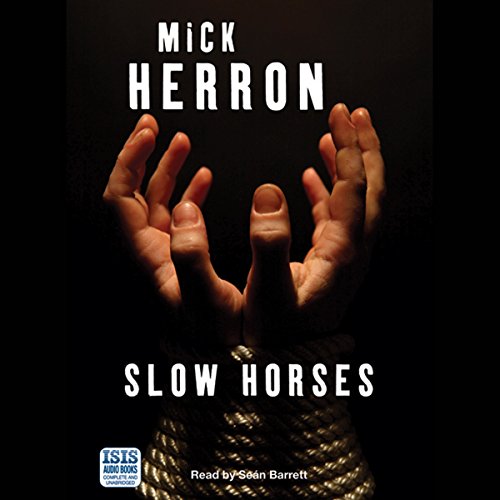 Snapdragon
TOP 10 REVIEWER
5.0 out of 5 stars Very smart. Up there with Le Carre.
13 July 2019
Format: Kindle EditionVerified Purchase
After reading a favourable review of the latest (tenth) Jackson Lamb book, I thought I’d start with number one. It’s terrific and you have to be wide awake to keep up. Seedy Slough House is where MI5 sends its slow horses to rot. These are spooks who’ve stuffed up in some way. They’re not sacked, but they’re given mindless drudge work in hopes that they’ll quit. It’s run by the fat, inimitable Jackson Lamb. The story of this one concerns the kidnapping of a young British Pakistani by right wing Brits who post video of their intention to behead him in 48 hours. The nation is naturally agog. The young man in the cellar is the nephew of a high ranking Pakistani general, so hmmm ... it wasn’t a random snatch. Is this whole escapade a put up job, with the intention of a secret service rescue resulting in some jolly good press to counter the usual bad stuff? Lamb and his slow horses come alive as they play a very dangerous game which requires them to out-manoeuvre their erstwhile bosses at Regents Park HQ. Mick Herron writes a mean, savvy, fast paced thriller peopled with an excellent array of convincing characters. It’s also a a dead-on portrait of modern, traffic-snarled London and of our times generally. Luckily, there are nine more books in the series.
Read more
Helpful
Comment Report abuse

kamalesh
5.0 out of 5 stars fabulous
4 January 2019
Format: Kindle EditionVerified Purchase
I often see reviews of books as 'page turners' or 'unputdownable' - this is the first novel I have read to which I found myself using these terms. Highly recommended - no one main character though crotchy yet brilliant Jackson Lamb is the standout. He heads the crew of MI5 agents who have seriously failed but have not been dismissed, so they are a motley crew that do not work as a team. A great read with a good number of laughs
Read more
Helpful
Comment Report abuse

jbb
3.0 out of 5 stars Slow-moving, overly complex
24 May 2019
Format: Kindle EditionVerified Purchase
Attempts to be a new Le Carre and it misses the mark. Asks the readers to believe that Britain's Secret Service is split into two parts, Achievers/Non-achievers and that there is an internal war going on at all times. English is indifferent and the cast of characters so large that perhaps the reader needs a list. Not overly entertaining, doesn't create excitement and has a consistently darker overtone shrouding the City of London in "grey". Wouldn't hurry to read…
Read more
Helpful
Comment Report abuse

Amazon Customer
5.0 out of 5 stars Best books I have read in 2016.
14 September 2016
Format: Kindle EditionVerified Purchase
The first book of the Jackson Lamb trilogy which also includes Dead Lions and Real Tigers. The best books I have read in 2016. Can't wait for the fourth book Spook Street to be published in February 2017. However you must read the trilogy in order as each builds on the previous book.
Wonderful characters, sparkling and very funny dialogue, twists and turns at every point in the plot..

Timbo
4.0 out of 5 stars Slow but steady won the race
10 November 2018
Format: Kindle EditionVerified Purchase
Good, light entertainment for a spy thriller. Jackson Lamb has to have some of the worst manners possible, yet he and his slow horses have the answers.
Read more
Helpful
Comment Report abuse

Blossom Books
5.0 out of 5 stars Absorbing read
8 January 2020
Format: Kindle EditionVerified Purchase
What a great read! Much better than expected. Spies and double crossing and all the exciting stuff. I’ll be reading the rest of the series.
Read more
Helpful
Comment Report abuse