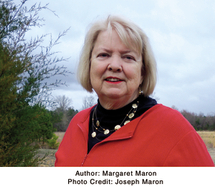 Page 1 of 1 Start overPage 1 of 1
This shopping feature will continue to load items when the Enter key is pressed. In order to navigate out of this carousel please use your heading shortcut key to navigate to the next or previous heading.
Back
Next
Start reading Slow Dollar (A Deborah Knott Mystery Book 9) on your Kindle in under a minute.

Step right up! Play a game and win your girl a prize! The carnival's in town and Maron brings to this ninth Judge Deborah Knott mystery (after 2001s Uncommon Clay) the vigor and verve that have served her so well to date. Larceny, both grand and small, as well as death hover over the Ames Amusement Corporations show on its arrival in Colleton County, N.C. Deborah, her irrepressible siblings (she's one of 12, the youngest and the only female) and some newfound kinfolk gather to mourn her great-nephew and carnival worker Brazos Hartley, after the young man is stomped to death, his mouth stuffed with quarters. The rural North Carolina dialogue and "carny" talk are perfect, especially descriptions of food, fashion and enchanting scenery of Indian summer in the South. The author draws family relationships so clearly you feel you could melt right into the crowd for barbecue, biscuits, slaw and cobbler. Before Maron is done, there's a bizarre theft of some tacky paintings, a second murder and a steamy romance. Is Judge Knott finally going to settle down and marry? Maron is one of the most seamless Southern authors since Margaret Mitchell, yet she beautifully writes a series about a New York police detective, Lieut. Sigrid Harald, with equal authority. A Knott family tree and a glossary of carny terms round out a novel that Nero Wolfe would describe as most satisfactory!
Copyright 2002 Reed Business Information, Inc.

On a visit to the Harvest Festival, judge Deborah Knotts, series star (Uncommon Clay) and small-town North Carolinian, discovers a murder victim, whom she recognizes as having recently appeared in her courtroom. But she does not yet know that he was kin to her. Deborah's multitudinous family connections soon kick in, though, providing ready access to pertinent gossip, secrets, and feuds. Maron's appealing story races forward at breakneck speed, taking full advantage of familiar characters and both real and fictional locations. Highly recommended for most collections.

Doria
5.0 out of 5 stars Five Stars
Reviewed in the United Kingdom on 6 January 2015
Verified Purchase
Margaret Maron never fails: you want to know the outcome, and the characters are believable.
Read more
Report abuse

book lover
4.0 out of 5 stars SLOW DOLLAR by Margaret Maron
Reviewed in the United States on 13 June 2014
Verified Purchase
Fans of Deborah Knott will appreciate this novel that introduces some long lost relatives, visits a carnival and finds murder among the rides and “stores.” You will learn quite a bit about carnivals and the carnies that populate them. Deborah’s relatives are kind, forgiving, mean spirited, long suffering, angry – you name it. They are all here just like in real life.
Maron supplies us with another tightly crafted, engaging mystery. Although the 8th tale in this series, you can read this book without having read any of the others. The family tree is helpful in identifying all of Deborah’s many brothers and their progeny.
A satisfying read. 4 of 5 stars
Read more
6 people found this helpful
Report abuse

Karen Potts
5.0 out of 5 stars Behind-the-scenes carnival life
Reviewed in the United States on 15 December 2002
Verified Purchase
Margaret Maron's Deborah Knott Series is a delight and this book certainly does not disappoint. In this latest installment, Judge Knott presides at a case where four young men have vandalized a game owned by Tallahassee Ames, who is part owner of a carnival which is playing in town. Very shortly thereafter,Tallahassee's son is killed while Deborah is at the carnival. As she does some investigating, Deborah discovers that she is related to Tally and to her son, Braz. She pursues the investigation while trying to develop a relationship with Tally, a sometimes tricky balancing act. Deborah's large extended family, consisting of 11 older brothers and their families, provides background and several interesting characters for this book. Braz and his step-father had bought up the contents of several storage areas which had been auctioned off, so there were several angry people trying to get their property back who had a motive for killing Braz. The book contains a lot of information about living in and running a carnival, and even contains a glossary of carnival terms. It is nicely paced and even contains a little romance, which should combine to be very pleasing to both old and new Maron fans.
Read more
6 people found this helpful
Report abuse

Moe811
5.0 out of 5 stars Judge Knott discovers a long lost relative and murder
Reviewed in the United States on 20 August 2002
Verified Purchase
When the carnival comes to Dobbs, Deborah has already met the owner. Two drunken fools damaged one of her rides and Deborah was the judge to hear the case. More trouble occurs in Dobbs. The eldest son of the owner is found dead, by Deborah, at the Dozer with a mouth full of quarters. While investigating the case, she finds that Tallahassee Ames, the part owner of the carnival is really, her niece, Olivia. She hasn't seen Olivia since she was a small child, but promised her late mother to always treat her as family. Too bad Olivia's father doesn't feel the same way, since it was his grandson that was murdered. Deborah is also changing her relationship with Dwight Bryant.
This is one of the best novels of the series. Ms. Maron is always at her best when she involves Deborah's huge family and its different characters in the story. A new family member is always welcome and Tally and her family add color to an already colorful brood. Deborah's new relationship with Dwight makes me wonder why nothing ever happened before. I can't wait to find out what happens in the next book.
Read more
14 people found this helpful
Report abuse

H. W.F.
5.0 out of 5 stars Better a slow dollar than a fast dime
Reviewed in the United States on 26 July 2018
Verified Purchase
Everything you wanted to know about a carnival - and maybe the best/worst odds for the games you play. Maron is one of my favorite authors - best to start with her earlier works as this one gives away another story line. And look for her series with the New York city detective.
Read more
Report abuse
See all reviews
Get FREE delivery with Amazon Prime
Prime members enjoy FREE Delivery and exclusive access to movies, TV shows, music, Kindle e-books, Twitch Prime, and more.
> Get Started
Back to top
Get to Know Us
Make Money with Us
Let Us Help You
And don't forget:
© 1996-2020, Amazon.com, Inc. or its affiliates