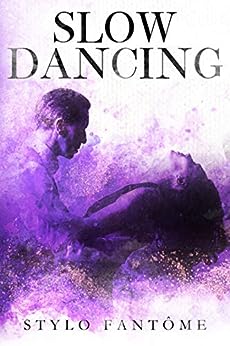 Sandra Loves Reading
5.0 out of 5 stars Highly Recommended!
Reviewed in the United Kingdom on 21 February 2020
Verified Purchase
I don't know where to start with this book. It definitely isn't a typical Stylo Fantome story, that's for sure! I didn't read the blurb so I had no idea what it was about, but as I love her books, I knew I'd want to read it anyway.
This is a beautiful love story. It's a slow burn, a tease - it pulls you in and grips you and you desperately need to know what's going to happen. The joy as Logan and Woods develop is beautiful to read. Those wonderful moments when you realise you like someone and they may be looking at you too - or not - described beautifully. The flirtation that might not be flirtation, but if it is, it's breath-taking...beautiful!
Jeremy, Logan's bestie, he's larger than life and so much fun!
Super book. So worth reading. Highly recommended.

Bishop
5.0 out of 5 stars Brilliant
Reviewed in the United Kingdom on 26 February 2020
Verified Purchase
Wow, absolutely loved it. Read on a day, couldn't put it down. Brilliant story.
Read more
Report abuse

Yours Truly, Diana *burningdesire_x3*
5.0 out of 5 stars We can take it slow and I can show you how to slow daaaancee…
Reviewed in Germany on 22 March 2020
Verified Purchase
*arc generously provided by the promo team in exchange for an honest review, but I also purchased a copy*

“Sometimes, I wake up in the morning
To red, blue, and yellow skies
It's so crazy, I could drink it like tequila sunrise
Put on that Hotel California
Dance around like I'm insane
I feel free when I see no one
And nobody knows my name.”
God Knows I Tried – Lana Del Rey

What’s this book about? (I'm trying to give as little spoilers as possible)
Logan Cassidy is a popstar on tour. Woods is a talented dancer that dances on her tour. They’re an unusual pairing that at first finds itself at odds with one another. Logan wants to keep her career intact, so she keeps avoiding her feelings. Woods, who usually has no issues finding a new toy to play with (unisex, female or male LOL), is trying to ignore his feelings for Logan, but she keeps lurking in his head.

Stylo Fantome is one of my favorite authors! When I heard that she had a new book coming out, I immediately felt elated! She’d posted about the sexual preferences of the characters and how they might be considered unconventional for the typical romance reader. THAT of course had me TRIPLE enthusiastic. I love when our (we a family y’all) books think outside of the box!!!!! Sexual preferences are usually kept on a straight line in the romances that I read, so I was curious to see how this story would turn out. I read it while waiting in line for a concert HAHA and it kept me entertained, busy and happy! The characters were mesmerizing. Logan (the lead girl) had her occasional WTF girl CHILL moments, but in total, she was relatable, pained and lovable (even if she doesn’t believe that she is). Woods… I loved him. Complex. Adorable. Sexy. I felt for him when everyone was questioning his sexuality and he sat there, seemingly confused at why these people were picking it apart so hard. It appeared very realistic. I know people question others like it’s their own business as soon as they say they like more than one gender. Next to the sexual preferences, this story had lots of drama which I LOVED. I thoroughly enjoy it when authors tackle the entertainment industry and do it WELL. It was a page-turner! Anyone who enjoys Stylo Fantome books should read this. This story is for open-minded people who enjoy an unconventional romance!

BookAddict
4.0 out of 5 stars Dance is a Language All Its Own
Reviewed in the United States on 22 February 2020
Verified Purchase
This book has me at a loss on what to write in a review. Not only has it left me inarticulate, but the words I might use will have the review bots all over this, so I’m doubly hamstrung. If you’ve read this author before, you know to expect the unexpected, and this is certainly unexpected. I suspect there will be critics on both sides, so I applaud Fantome for challenginging herself and taking a chance on something different.

If you’re looking for a typical contemporary romance, you won’t find that here. And if you take a hard enough line on cheating that it includes kissing, you'll definitely want to look elsewhere. Our hero, Woods, likes “all the colors in the crayon box,” as he puts it. This includes fellow backup dancer, Jeremy, their beautiful pop star Logan, and a long string of hearts of every variety.

While it took me a while to warm up to Woods, Logan had me eating out of her hand from the very beginning. She's just the kind of broken but incredibly strong I adore in a heroine, and I loved seeing her get her HEA. Her road to forever is troubled, bumpy, and difficult, but angst lovers will hang on every word. If you’re looking for something different and have an open mind, this one should be right up your alley.
Read more
6 people found this helpful
Report abuse

Maria Hunt
5.0 out of 5 stars Beautiful Purple Mess
Reviewed in the United States on 26 February 2020
Verified Purchase
Slow Dancing was an alluring, unique, and truly amazing read. Logan and Woods' complicated relationship drew me in from the start. The steamy slow burn these two began kept me constantly craving the moment these two would be near each other and the sparks were sure to fly. I loved that Woods pushed me to think a bit outside the box with his candor and how openly he owned exactly who he was. Logan tugged at my emotions with her inability to see how truly amazing a person she was. Her doubts were ones that hit a bit close to home and made me relate to her so much more. Watching these two dance around each other as they created a beautiful purple mess was simply mesmerizing. This book was an intense, angsty and passionate love story that took me by surprise and then left me with a huge smile on my face.
Read more
2 people found this helpful
Report abuse
See all reviews
Back to top
Get to Know Us
Make Money with Us
Let Us Help You
And don't forget:
© 1996-2021, Amazon.com, Inc. or its affiliates