Skip to main content
A Sloop of War (Alexander Clay Book 2) and over 1.5 million other books are available for Amazon Kindle . Learn more
Share <Embed> 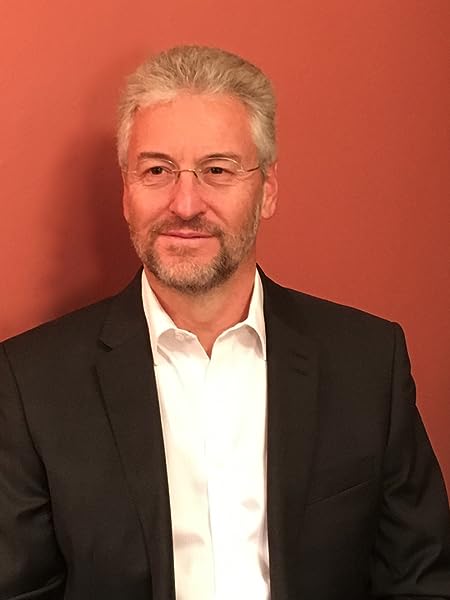 Get 90 days FREE of Amazon Music Unlimited
with the purchase of any eligible product. Shop now
click to open popover
Start reading A Sloop of War (Alexander Clay Book 2) on your Kindle in under a minute.

Philip K. Allan comes from Watford in the United Kingdom. He still lives in Hertfordshire with his wife and his two teenage daughters. He has spent most of his working life to date as a senior manager in the motor industry. It was only in the last few years that he has given that up to concentrate on his novels full time. He has an excellent knowledge of the 18th century navy, having studied it as part of his history degree at London University, which awoke a lifelong passion for the period. He is a member of the Society for Nautical Research and a keen sailor. He believes the period has unrivaled potential for a writer, stretching from the age of piracy via the voyages of Cook to the battles and campaigns of Nelson. From a creative point of view he finds it offers him a wonderful platform for his work. On the one hand there is the strange, claustrophobic wooden world of the period's ships; and on the other hand there is the boundless freedom to move those ships around the globe wherever the narrative takes them. All these possibilities are fully exploited in the Alexander Clay series of novels. His inspiration for the series was to build on the works of novelists like C.S. Forester and in particular Patrick O'Brian. His prose is heavily influenced by O'Brian's immersive style. He too uses meticulously researched period language and authentic nautical detail to draw the reader into a different world. But the Alexander Clay books also bring something fresh to the genre, with a cast of fully formed lower deck characters with their own back histories and plot lines in addition to the officers. Think Downton Abbey on a ship, with the lower deck as the below stairs servants.

4.4 out of 5 stars
4.4 out of 5
168 global ratings
How are ratings calculated?
To calculate the overall star rating and percentage breakdown by star, we don’t use a simple average. Instead, our system considers things like how recent a review is and if the reviewer bought the item on Amazon. It also analyses reviews to verify trustworthiness.

Come in spinner
4.0 out of 5 stars Very credible historical naval fiction
Reviewed in Australia on 7 June 2018
Verified Purchase
This is the 2nd of the Alexander Clay novels in the series. I enjoyed both for their characterisation, plotting and pace. Clay is cut from the same bolts of cloth as protagonists such as Richard Bolitho and Hornblower but more than mere copy; Allan writes well and has - as least so far as this reader can judge it - captured well the tone and moral imperatives of his late 18th century world.
Read more
Helpful
Report abuse

Scupper
5.0 out of 5 stars More please.
Reviewed in Australia on 15 September 2018
Verified Purchase
Love the story, what more can I say.
Read more
Helpful
Report abuse
See all reviews

Wembley
5.0 out of 5 stars Allan serves up a great yarn in the finest traditions of wooden ships and ...
Reviewed in the United Kingdom on 11 May 2018
Verified Purchase
Alexander Clay returns for a second outing – this time as master and commander of his own vessel. His responsibilities have grown, and so have the challenges. Clay is stationed in the Caribbean and he has to support the planned invasion and capture of the French-held island of St Lucia. Complications include a predatory Spanish warship, the dangerous state of his own sloop, and a request to take on a runaway slave as a crew member – and the machinations of his enemies within the Navy.
Allan serves up a great yarn in the finest traditions of wooden ships and iron men. The pace is brisk and the intersecting plot lines run together neatly. There is just enough explanation of the nautical side to satisfy the curious without boring the seasoned old salt, and more than enough action both at land and on sea. Slavery and racism both feature, and if matters turn out a bit more fairly than they did at the time, the modern reader will not be disappointed.
“A Sloop of War “ is an enjoyable read, and the developing story arc suggests there are a good few more to come.

Fred
5.0 out of 5 stars It gives me joy to recommend this super book.
Reviewed in the United Kingdom on 2 June 2018
Verified Purchase
A Sloop of War (200518) I quite enjoy the cryptic start to Mr. Allan’s novels, this being the second that I have undertaken. It certainly does not disappoint and this is a good story and getting moreso as we proceed into the book. At 36% there is much excitement and it is difficult to put the novel down. At 44% the plot thickens and creates much intrigue to keep the reader from taking a break! 56% brings forth a relief, if one is inclined to identify with the novel in the way of this reader. Once again (84%) I find myself so throughly enjoying this book, it makes a super story and I shall be sorry when it finishes. Sea battles, land battles, intrigue amongst the characters, pleasure in watching them develop, not to mention the presence of an ominous shadow above the principal participants, and a touch of romance, thankfully, at least at this stage, not overly done. A crescendo at 94% that is absolutely riveting raises all sorts of expectations and it is difficult to contain any patience for an outcome. A Great read!
Fred
Read more
Report abuse

Peter Perfect
5.0 out of 5 stars Brilliant and out of the ordinary.
Reviewed in the United Kingdom on 26 March 2018
Verified Purchase
Having read both of the books in this series leaves me very disappointed that there are no more. If there are to be no more to follow up, be aware Mr Allen I shall box your ears, so watch it.
Read more
One person found this helpful
Report abuse

BarryD
5.0 out of 5 stars Onwards... fast paced, enjoyable with likeable (well mostly) characters.
Reviewed in the United Kingdom on 19 April 2018
Verified Purchase
A direct continuation of book 1, and just as much fun. Slightly slower but still worthy of five stars. Again, the author keeps the story flowing and avoids showing off his Knoweldge of Naval history. A few interesting plot twists, it feels like you are in the cabin planning meetings with Commander Clay.
Read more
Report abuse

Kindle Customer
5.0 out of 5 stars Well written storyline
Reviewed in the United Kingdom on 13 April 2019
Verified Purchase
Another part of Clay saga,battles on land and sea, intrigue and evil deeds.Our hero and his trusty crew keep you entertained to the final page.
Read more
Report abuse
See all reviews
Get FREE delivery with Amazon Prime
Prime members enjoy FREE Delivery and exclusive access to movies, TV shows, music, Kindle e-books, Twitch Prime, and more.
> Get Started
Back to top
Get to Know Us
Make Money with Us
Let Us Help You
And don't forget:
© 1996-2020, Amazon.com, Inc. or its affiliates