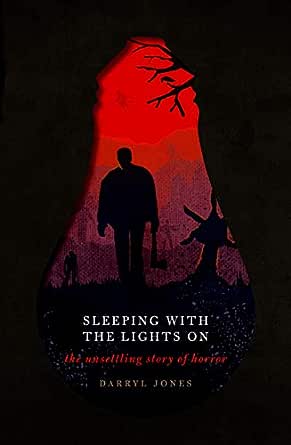 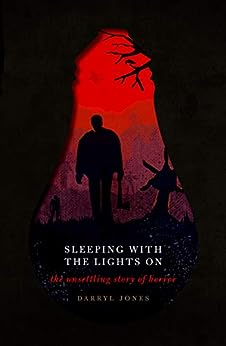 Sleeping With the Lights On: The Unsettling Story of Horror Kindle Edition

What comes across most vividly is [Jones's] passion for the subject: this is a book that makes a reader want to read, to watch, and to listen more carefully. Oxford University Press, too, are to be commended for the low retail price and the quality production ... This is a fine introduction to, and defence of, a typically various popular form. In an age of anxieties new and old, Jones's exploration of taboo, control, and the politics of fear, seems particularly timely and potent. (Sean Hewitt, The Irish Times)

Darryl Jones' beautifully packaged book ... is the perfect gift for a horror-head. Written with enthusiasm and incredible research, it bounces between breakout and iconic moments across literature, film, folklore, science and psychology. Truly fascinating if sometimes scary reading. (Emerald Street)

[A] beautifully designed publication, small enough to slip in a handbag and short enough to be read in one or two sittings ... For those outside the field whod like to know more, this is an excellent place to start and even for those within it, this is an object lesson in concision of thought and precision of argument. I enjoyed it a great deal. (Linnie Blake, Times Higher Education)

Jones packs more into 181 pages than many similar volumes do that are three times the size ... This is an academic exploration that's refreshingly easy to read, with plenty of original and genuinely fascinating content to enjoy ... Whether you're a devotee who bloodily soaks up everything from the latest Stephen King novel to the newest James Wan opus or simply someone who likes to stay on top of the cultural zeitgeist, Sleeping With The Lights On is the best book about the intricacies of horror that we've read in a long time. (Ian White, Starburst)

Equal parts love letter and academic invitation, this assemblage of analysts urges you to discover how horror's cultural connection truly affects our society, by inspecting the primal side of our fascination with the weird, the horrid and the downright disturbing. (Ahlissa Eichhorn, Fangoria Magazine)

Intelligent but still accessible ... We dig the lightbulb-shaped diecut on the cover. (SFX)

Although this volume ... is quite slim, Jones makes a convincing case, especially for newcomers and students making their first steps into the genre in an academic capacity ... a pleasant, quick and entertaining read. (Iain MacLeod, Gore in the Store)

Jones' passion for and love of his subject matter shines through on every page of this deceptively slim volume ... The book is immensely readable, with all the pace, momentum, and drive of a compelling thriller ... If you are even the least bit interested in the horror genre this book is a fine purchase. It will educate, inform, and illuminate a genre that almost revels in its obfuscation and slipperiness. For the fan of horror, Sleeping with the Lights On is a great companion to discover aspects of the history of horror, to dig deeper into films and books you may not be aware of. But more than that; for the horror writers amongst us, it's an absolute necessity. It is inspirational and affirming, infectious in its enthusiasm. A must-buy if you take your craft seriously, if you're sincere about the business of horror. (Paul Michaels, This is Horror)

This welcome contribution to horror's critical bibliography is an extensive resource, though short in length. Sleeping with the Lights On will be essential reading for fellow scholars of the dark arts, and it is easily accessible for the everyday reader and horror fan more generally ... This new book ... will undoubtedly inspire thought-provoking critical studies of horror's future; for now, it remains an unsettling but mesmerising story of culture's most strongest and oldest emotion. (Benjamin E. Noad, Gothic Imagination)

Four o'clock in the morning, and the lights are on and still there's no way we're going to sleep, not after the film we just saw. The book we just read. Fear is one of the most primal human emotions, and one of the hardest to reason with and dispel. So why do we scare ourselves? It seems almost mad that we would frighten ourselves for fun, and yet there are thousands of books, films, games, and other forms of entertainment designed to do exactly that.

As Darryl Jones shows, the horror genre is huge. Ranging from vampires, ghosts, and werewolves to mad scientists, Satanists, and deranged serial killers, the cathartic release of scaring ourselves has made its appearance in everything from Shakespearean tragedies to internet memes. Exploring the key tropes of the genre, including its monsters, its psychological chills, and its love affair with the macabre, Darryl Jones discusses why horror stories disturb us, and how society responds to
literary and film representations of the gruesome and taboo. Should the enjoyment of horror be regarded with suspicion? Are there different levels of the horrific, and should we distinguish between the commonly reviled carnage of contemporary torture porn and the culturally acceptable bloodbaths of ancient
Greek tragedies?

Analysing the way in which horror manifests multiple personalities, and has been used throughout history to articulate the fears and taboos of the current generation, Jones considers the continuing evolution of the genre today. As horror is mass marketed to mainstream society in the form of romantic vampires and blockbuster hits, it also continues to maintain its former shadowy presence on the edges of respectability, as banned films and violent internet phenomena push us to question both our
own preconceptions and the terrifying capacity of human nature.
See all Product description
click to open popover

Flounder
2.0 out of 5 stars Don't Be Deceived . . .
5 May 2019 - Published on Amazon.com
Verified Purchase
The book itself is very small in size and shape. Lovely cool cover. This could almost fit into the back pocket of your jeans. It's also very thin. Why is this book so cheap for a hardback? Because there ain't much meat to it, folks. It looks better on a book shelf with the cover facing out. Instead of this book I'd recommend books on the same subject by Asma, Braudy, Gilmore, Cohen, and Poole. If you can wait until December 2019, then you might wait until a new monster theory reader is released... you can search for it now on amazon... this Jones book lacks value for what you get...there are better sources out there... I also recommend Noel Carroll's Philosophy of Horror... a very good and clear academic study...
Read more
3 people found this helpful

Toni K. Kief
5.0 out of 5 stars Perfect
2 May 2019 - Published on Amazon.com
Verified Purchase
I bought this as a gift for one of the horror writers in my group. It is a beautiful book, clever and informative too. Can't do much better for a thank you.
Read more
One person found this helpful

Kd Light
4.0 out of 5 stars Good book on horror
28 August 2019 - Published on Amazon.com
Verified Purchase
The book has great variety of the various categories of horror stories and characters, plus historical information on the evolution of the stories.

Enjoyable for me. I recommend it for those interested in the genre.

Josh Barnes
5.0 out of 5 stars Excellent Overview!
5 December 2018 - Published on Amazon.com
Verified Purchase
What a great read - Terrific overview of the topic of horror in literature and film! Highly recommended!
Read more

Ms. H.
5.0 out of 5 stars Great design, awesome content.
8 December 2019 - Published on Amazon.com
Verified Purchase
This little book is a great addition to any horror fan with academic leanings' library. I was surprised by how rad the cover of the actual book is.
Read more
Go to Amazon.com to see all 6 reviews 4.1 out of 5 stars
Get FREE delivery with Amazon Prime
Prime members enjoy FREE Delivery and exclusive access to movies, TV shows, music, Kindle e-books, Twitch Prime, and more.
> Get Started
Back to top
Get to Know Us
Make Money with Us
Let Us Help You
And don't forget:
© 1996-2020, Amazon.com, Inc. or its affiliates