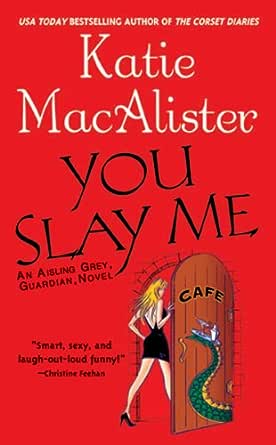 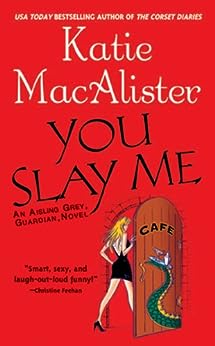 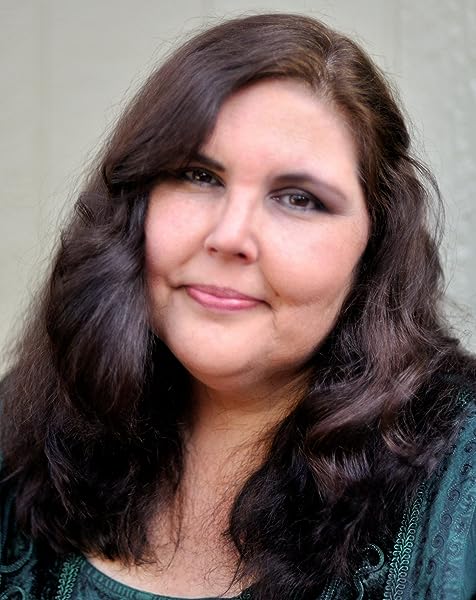 Katie MacAlister lives in the Pacific Northwest with her husband and dogs, and can often be found lurking around online game sites. --This text refers to an alternate kindle_edition edition.

4.4 out of 5 stars
4.4 out of 5
135 global ratings
How are ratings calculated?
To calculate the overall star rating and percentage breakdown by star, we don’t use a simple average. Instead, our system considers things like how recent a review is and if the reviewer bought the item on Amazon. It also analyses reviews to verify trustworthiness.

Kylie milligan
5.0 out of 5 stars Awesome book
Reviewed in Australia on 26 March 2017
I'm really no good at writing reviews but this book is awesome it's full of laughter and lust what else does a girl need a dragon Hahahaha
Read more
Helpful
Comment Report abuse
See all reviews

borderstar
3.0 out of 5 stars Fun little read, but nothing spectacular
Reviewed in the United Kingdom on 12 August 2013
Verified Purchase
3.5 stars.

Quick, fun, "light" read - I found our heroine a bit mental, sort of across between Evanovich's Stephanie Plum and Darynda Jones' Charley Davidson characters - there is the same manic racing around from one thing to the next, trying to solve some sort of convoluted mystery. I didn't laugh as much or as hard as the Charley Davidson books though. The situations Aisling finds herself in are just ridiculous, most of the time in a relatively funny way - we mainly spend most of the book following her around while she jumps from one chaotic mess to another...but she somehow works things out in the end. Her love interest, Drake, was perhaps a rather cliched rich, handsome, powerful kinda guy, but as we only heard from Aisling's POV throughout it was hard to glean much real insight into Drake's thoughts/feelings. We got some hot and steamy sex scenes, although I didn't feel the relationship was really developed enough at this stage for it to feel like anything other than attraction/lust and part of the whole "mate" thing.

At the end we are left with the main plot of this story being wrapped up but more to come on the relationship between Aisling & Drake.

I guess one of the biggest down-sides was that I felt that the world and the characters were not really developed well, so most of them seemed a bit like cardboard cutouts and this wasn't really helped by the fact that its all written from Aisling's POV, as I said above. It was also rather a silly plot, but I think its all meant to be rather tongue-in-cheek.

However despite these down-sides, I still thought it was an enjoyable read and something I can see myself reading every so often to continue the series when I just need something relatively light in between the more intense and darker books I'm reading. Although I don't feel any great need to read straight on to the next in the series right now.

Terresa
1.0 out of 5 stars OMG! Most idiotic book I have ever try to read!
Reviewed in the United Kingdom on 31 March 2014
Verified Purchase
I saw a recommendation on goodread website that this series and this author write funny paranormal fiction books.

I can't fault the writing style. Just everything else! I can deal with ditzy characters. I can tolerate bad grammar. I can grimly read through complex, confusing plots or no plots at all. What I cannot do is read about idiotic characters, stupid plots and a book with no beginning, middle or end ... Just full of blah blah blah in a loop!

This book is full of idiots, stupid to no plots and full of blah blah loops. I can't get pass the first chapter. Randomly skimmed through to see if there are any saving grace ... Even a tiny paragraph ... There was none. My head hurts from the idioticness of the whole thing. I had to return all the books I bought by this author. If there's a rating for -10 I'd give it to this series and to this author.

I bought two series from this author in anticipation of a good read. Within hours I've returned them all pretty much unread.

Definitely not worth even a toe dipping, a taster or a quick peak. Even two second on the books by this author is a waste of time.

I've never been so harsh in my reviews before. But it's so bad I had to let other readers know.
Read more
Report abuse

Frazer
4.0 out of 5 stars So funny
Reviewed in the United Kingdom on 29 September 2019
Verified Purchase
I thoroughly enjoyed it. I laughed several times Him is now my new favourite dog!!! Sailing is refreshing I'm looking forward to following her. I did feel it was rushed in some parts but in a while a really good start to a series. Love a good Dragon too.
Read more
Report abuse

JSEdge
3.0 out of 5 stars Fun but daft.
Reviewed in the United Kingdom on 18 November 2014
Verified Purchase
This was quite funny but in an extremely silly sort of way. The whole thing felt kinda puerile and shallow.

Aisling amused and annoyed me in equal measure; she behaved ridiculously. Drake came across as an insufferable sleaze. And the supporting cast of characters seriously lacked depth and development.

I did find You Slay Me to be an entertaining read -I certainly didn't hate it -but it far from blew my socks off.
Read more
Report abuse

Amazon Customer
3.0 out of 5 stars Meh - OK but not as good as the other reviews suggest.
Reviewed in the United Kingdom on 28 April 2016
Verified Purchase
I mildly enjoyed this read. I liked the male lead, but found the MC rather irritating, especially the way of randomly picking up/befriending/attracting everyone she met utterly improbably.

I was somewhat annoyed by the French taxi driver character. I've met a lot of French taxi drivers and Kate's Rene character is more improbable than the dragon man.
Read more
Report abuse
See all reviews
Get FREE delivery with Amazon Prime
Prime members enjoy FREE Delivery and exclusive access to movies, TV shows, music, Kindle e-books, Twitch Prime, and more.
> Get Started
Back to top
Get to Know Us
Make Money with Us
Let Us Help You
And don't forget:
© 1996-2020, Amazon.com, Inc. or its affiliates