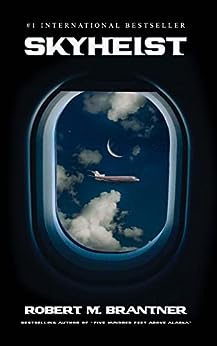 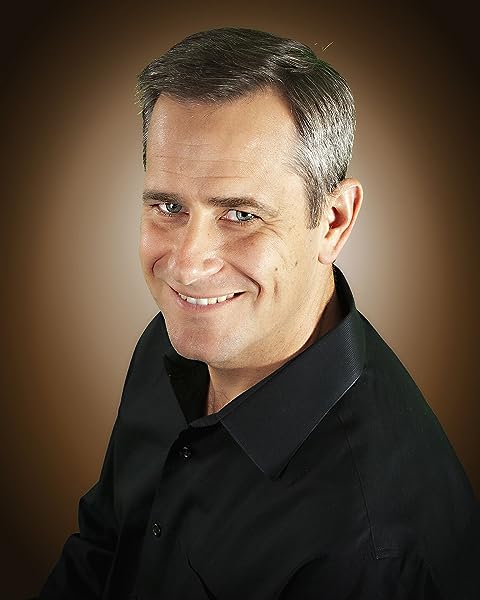 by Robert M. Brantner (Author) Format: Kindle Edition
See all formats and editions
Sorry, there was a problem loading this page. Try again.

Everyone thought it was just a hijacking. They were wrong. It was a skyheist!

In aviation's golden age of the 1960’s, a late arriving passenger boards a TWA 727 minutes before departure. However, this passenger is not what he seems. As the plane is taxiing out for takeoff, the new arrival brandishes a gun. Everyone present is now part of a hijacking.

Working with the authorities, the flight crew is successful in safely evacuating the passengers. However, the hijacker is equally successful in forcing the plane into the sky. Destination: Cuba.

In the middle of the night, hours after takeoff, an explosion rocks the plane, forcing the crew to make an emergency landing short of the hijacker’s intended destination. As smoke begins to fill the cockpit, the flight engineer heads back to the cabin to investigate. There he finds the hijacker has mysteriously disappeared. Even more curious, he has left his $100,000 ransom behind. It isn’t until the treasury department becomes involved that the crew learns that what at first seemed a normal hijacking, was in reality a heist worth $11 million dollars.

Skyheist is a thrilling adventure full of twists and turns that will keep you guessing until the very last page, taking you on a journey through an age of air travel long past, but not forgotten!

"Bob Brantner's latest novel Skyheist is an exciting adventure set against the backdrop of the golden age of 1960s aviation. This is a book for anyone who loves a good story - aviation centric or otherwise."

Former US Secretary of Transportation

"Bob Brantner's writing takes you away from your everyday world and transports you to an adventure that will send a chill up your spine and make your pulse rate quicken. It seems at times that the turn of each page is a turn in the overall story- and it is one you didn't expect. You're not just looking in the window and watching this adventure, now you're strapped into the seat, and you'll have to hold on tight, because you're along for the whole ride. His author's slight of hand has you looking one way while this word magician pulls one surprise after another out of thin air. You'll have to fight the temptation to flip to the end of this adventure- yet that is a good thing, because the characters you have yet to meet and things you have yet to see are worth it."

Author of 27 books including Invisible Evil and the nationally syndicated aviation and aerospace cartoon, Klyde Morris

"Bob Brantner's creative style and in-depth technical knowledge push the reader to the extremes of the flight envelope as he navigates an intricate flight plan of technology, deception, and intrigue-with many unexpected aborts and go-arounds-to keep you locked into the moment. If you love aviation and flying, this is a must read."

Robert M. Brantner is currently working as both a captain and a line check airman for a major US airline. He started his flying career as a bush pilot in Alaska, which later led to a job as a pilot for Trans World Airlines. After four years with TWA, Bob landed his dream job, working for the airline he flies for today.All throughout his flying career, Bob has continued to write, and is the bestselling author of Five Hundred Feet Above Alaska and Claus: The Untold Story of Kris Kringle.Bob was born in Southern California and attended Embry-Riddle Aeronautical University where he earned his BS in Aeronautical Science. He is married to Kelly Kaczka Brantner, and they have one daughter, Madison, and a dog, Fergus. They live just outside of Annapolis, Maryland. --This text refers to the hardcover edition.

Robert M. Brantner is currently working as both a captain and a line check airman for a major US airline. He started his flying career as a bush pilot in Alaska, which later led to a job as a pilot for Trans World Airlines. He spent four years with TWA before he landed his dream job, working for the airline he flies for today.

Bob was born in Southern California and attended high school there before heading to Arizona for college. After graduating from Embry-Riddle Aeronautical University, he moved to Alaska when he got his first flying job as a bush pilot. During his time in Alaska, Bob first tried his hand at writing, penning a memoir on his experiences flying Cessnas in the untamed Alaskan wilderness.

All throughout his flying career, Bob has continued to write. He penned several (unpublished) manuscripts. It was after Bob's completion of Claus: The Untold Story of Kris Kringle, that he decided to work with his younger sister (and editor), Taylor Brantner, on cleaning up the story until it was fit for publication. After some success with Claus, Bob dug out his previously edited (however, unpublished) manuscript of Five Hundred Feet. He teamed again with Taylor and re-edited the material. The reception of Five Hundred Feet was terrific and still is selling strong.

Bob's mother's first job was as a stewardess in 1965 working for United Airlines. Through her experiences, Bob's mom Deni, instilled in him a lifelong passion for aviation. His latest novel, Skyheist is more than just an exciting aviation adventure, but is an homage to aviation's golden age of the 1960's.

Bob is a certificated Airline Transport Pilot and is type rated in the Beech 1900, Boeing 737, 757, 767, Airbus A320 and A220, as well as the DC-9. He is also a rated Flight Engineer. Bob served in the Flight Engineer position working on the Boeing 727 during his time at TWA. He also holds a commercial sea plane rating that he obtained while in Alaska.

Skyheist is Bob's fourth published book. He wrote the afore mentioned Five Hundred Feet Above Alaska and My Year as an Alaskan Bush Pilot, drawing from his experiences flying in "The Last Frontier."

Bob is married to Kelly Kaczka Brantner and they have one daughter, Madison, and a dog, Fergus. They live just outside of Annapolis, Maryland.

4.7 out of 5 stars
4.7 out of 5
49 global ratings
How are ratings calculated?
To calculate the overall star rating and percentage breakdown by star, we don’t use a simple average. Instead, our system considers things like how recent a review is and if the reviewer bought the item on Amazon. It also analyses reviews to verify trustworthiness.

Jay Yanek
5.0 out of 5 stars Thrilling, suspenseful, well written
Reviewed in the United States on 18 January 2022
Verified Purchase
Skyheist was a book that I could not put down. The story line was well written, believable, and compelling. I love details, and Brantner's book delivered. The depth of aviation realism significantly drew me into the Skyheist story. I thoroughly enjoyed the read, and would recommend the book.
Read more
3 people found this helpful
Report abuse

SkyBound
5.0 out of 5 stars Awesome Aviation Thriller
Reviewed in the United States on 19 January 2022
Verified Purchase
I absolutely loved this novel and highly recommend it!

Be sure that you are in level flight and have the autopilot on before you open this book as you won't be able to put down! As soon as you think you have it figured out, the story takes another twist and then puts you in a high-G turn.

The author has actually gotten his wings flying in Alaska and has logged many hours in a B-727, the aircraft at the core of the plot - so all of the aviation stuff is accurate for aviation geeks to appreciate and for those who just love a plain (pun intended) edge-of-seat thriller to enjoy!

Be sure to also check-out other books by this author.
Read more
One person found this helpful
Report abuse

Mark
5.0 out of 5 stars A great ride in the golden age of aviation with a mystery to pull it all together.
Reviewed in the United States on 16 March 2022
Verified Purchase
Another win for aviation and suspense. The book starts out making you wonder, how is this connected, then jumps into what you think is the story. Then a couple twists later you’re hooked and wondering about that start again. Now I’m just a couple chapters from the end and excited to see how this is brought home. It’s a good afternoon read or a great way to pass time in traffic (if you get the audio book, of course). And along the way you get a bit of aviation history. Give it a shot. You won’t be disappointed.
Read more
Report abuse

Book Reader
5.0 out of 5 stars Skyheist is a REALLY fun read!
Reviewed in the United States on 8 February 2022
Verified Purchase
Wow, what a great novel! I couldn’t put Skyheist down, reading from start to finish in one day. Great characters with fun dialog, taking you on a roller-coaster-ride plot with surprises around every corner. It rates with the best novelists that I normally read, such as James Patterson, David Baldacci, and Sandra Brown. In addition to the exciting plot and fun characters, I actually learned something about air travel in the 1960’s and bush pilots in Alaska!
Read more
Report abuse
See all reviews
Report an issue
Does this item contain inappropriate content?
Report
Do you believe that this item violates a copyright?
Report
Does this item contain quality or formatting issues?
Report