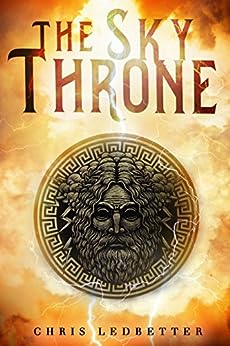 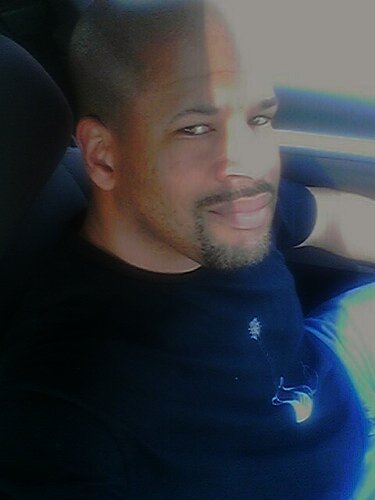 "Destined to have a sequel or two, young teens will appreciate the story, and teachers will appreciate that it instructs readers about the pantheon of gods." --VOYA Magazine --This text refers to an alternate kindle_edition edition.

Chris Ledbetter is a former high school teacher, football coach, and has worked in various managerial and marketing capacities throughout his life. He has walked the streets of Los Angeles and New York City, waded in the waters of the Atlantic and Pacific oceans, climbed Diamond Head crater on Hawaii, and rang in the New Year in Tokyo, Japan. But he dreams of one day visiting Greece and Italy. He lives in Wilmington, North Carolina. --This text refers to an alternate kindle_edition edition.

Megan | Bookstacks and Golden Moms
4.0 out of 5 stars A great new twist on the Greek Gods!
Reviewed in the United States on 18 November 2017
Verified Purchase
This book is a fun, fast-paced, exciting dip into Greek mythology, ranking right up there with fairytale retellings. And if you know me, you know how obsessed I have been with those lately. The biggest difference with this one, as opposed to the Percy Jackson series, is that we get to see Zeus before he was King of the Gods. This book focuses on the Big Gods before they were the Big Gods of Mount Olympus. And, as much as I love Percy Jackson, it’s a refreshing change.

I really enjoyed how Greek mythology was mixed in with modern day. Zeus is a prankster, trouble-making high school student who gets shipped off to Mount Olympus Prep after an attack on his home. Right away, we’re bombarded with gods and goddesses (I have to admit, I looked most of them up to see who paired with who). And then there’s young Zeus – what a horny ladies’ man! There’s a girl back home. Then he comes to Mount Olympus Prep and there’s another girl he’s got his eye on. Then another! I had to laugh each time he found a new hottie to take his attention! (Maybe I’m exaggerating it a bit but the romance aspect of this book definitely had a comical edge to me – I really enjoyed it and was glad that, being YA, it was toned down a bit! Keep it in your pants, Zeus).

I was a little nervous that, with all the gods present in this book, it might turn into an info-dump and move slowly. But you get used to the big ones pretty quick, once their nicknames are associated with the gods you recognize. After that, the book flew by and I couldn’t turn the pages fast enough! I won’t give away any spoilers (if you want to talk about the nitty gritty details, I will rant and rave until I am blue in the face . . . in private), but I will say that this book is definitely worth the read if you’re into Greek mythology (and even if you’re not!).
Read more
Report abuse

LYN
4.0 out of 5 stars doesn’t disappoint. In fact it has filled
Reviewed in the United States on 19 August 2017
Verified Purchase
Chris Ledbetter, author of Drawn and Inked, Caenus and the Quiver of Artemis, is one of those authors that are in the insta-buy category. His world building is so precise and his characters are so tri-dimensional that there’s no hesitation when I hear he’s got a new book out.
The Sky Throne, his latest book, doesn’t disappoint. In fact it has filled, quite well, the need to read more books which not only revisit The Greeks, but re-make their stories into new and exciting ones.

You don’t have to be a Greek mythology buff to enjoy the story. The characters, the settings and the story itself will take you through a roller coaster ride that will keep you on the edge of your seat.
Read more
One person found this helpful
Report abuse

Malayna Evans
5.0 out of 5 stars Great read!
Reviewed in the United States on 2 January 2019
Verified Purchase
So fun reading about young Zeus. This book is a page turner.
Read more
Report abuse
See all reviews
Back to top
Get to Know Us
Make Money with Us
Let Us Help You
And don't forget:
© 1996-2021, Amazon.com, Inc. or its affiliates