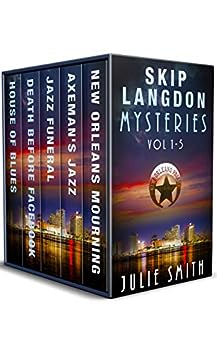 4.3 out of 5 stars
4.3 out of 5
855 global ratings
How are ratings calculated?
To calculate the overall star rating and percentage breakdown by star, we don’t use a simple average. Instead, our system considers things like how recent a review is and if the reviewer bought the item on Amazon. It also analyses reviews to verify trustworthiness.

Yv
1.0 out of 5 stars Not my preferred story
Reviewed in Australia on 22 August 2020
Verified Purchase
Did not finish his book as it did not keep me interested. Could not follow the story, so very sorry
Read more
Helpful
Report abuse
See all reviews

Kindle Customer
5.0 out of 5 stars Excellent
Reviewed in the United Kingdom on 29 September 2020
Verified Purchase
Excellent story well worth reading. Skip is a complex character in that you get to understand the difficulties police officers face in their working life and how it impacts on their personal life
Read more
One person found this helpful
Report abuse

Lucy Riley
5.0 out of 5 stars Engaging and extremely enjoyable.
Reviewed in the United Kingdom on 11 October 2020
Verified Purchase
This is a really good read, with an engaging main protagonist and a colourful cast of supporting characters. I have enjoyed getting to know Detective Skip Langdon and the city of New Orleans, both of which come across as flawed but with great hearts.
Read more
Report abuse

ln1869
5.0 out of 5 stars Brilliant series
Reviewed in the United Kingdom on 23 October 2020
Verified Purchase
I really enjoyed reading about Skip Landgon and her crime fighting. Very good story lines, looked forward to my daily reading time to get back into the stories.
Read more
Report abuse

carolponsonby
5.0 out of 5 stars Book
Reviewed in the United Kingdom on 29 November 2020
Verified Purchase
Good book
Read more
Report abuse
See all reviews
Back to top
Get to Know Us
Make Money with Us
Let Us Help You
And don't forget:
© 1996-2021, Amazon.com, Inc. or its affiliates