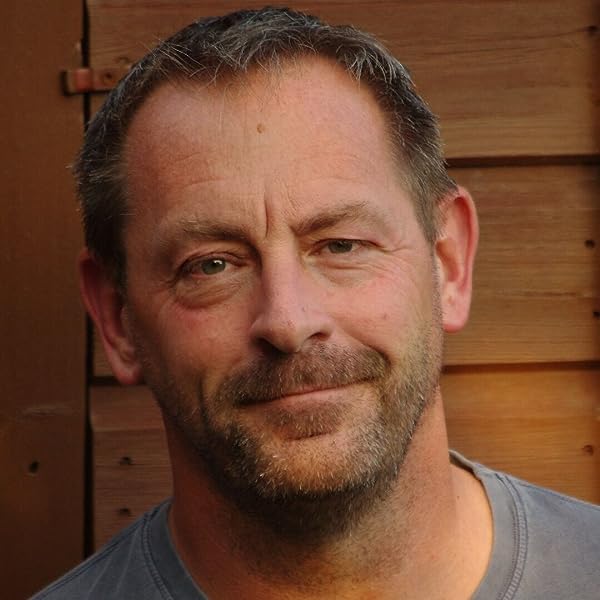 by Tom Bale (Author)
4.4 out of 5 stars 100 ratings
See all formats and editions
Sorry, there was a problem loading this page. Try again.

Brilliant first thriller in the vein of Peter James, in which a killer goes on the rampage in a quiet Sussex village, leaving only one witness - a woman fighting for her life.

FROM THE AUTHOR OF SEE HOW THEY RUN AND ALL FALL DOWN On a cold January morning, a nightmare awaits in a sleepy Sussex village. A deranged young man goes on the rampage, shooting everyone in his path before taking his own life. It's a senseless, tragic event. Only Julia Trent - believed to be the sole survivor - knows that there was a second man involved. But after being shot and badly injured, her account of the massacre is ignored. Together with Craig Walker, the son of one of the victims, Julia sets out to find the truth before she's silenced for good. As they peel back the layers of a dark and dangerous conspiracy, they discover the slaughter didn't begin on that bitter day in January.And worst of all, it won't end there.
Read more
Previous page
Next page

Here is a treat for crime fans. Brighton novelist Tom Bale has produced a gripping contemporary thriller despite setting it largely in a sleepy Sussex village. Pacy and well written ... the deft local references simply add to the horror of the tale ― Argus

Brilliant first thriller in the vein of Peter James, in which a killer goes on the rampage in a quiet Sussex village, leaving only one witness - a woman fighting for her life.

Tom Bale has worked as a retail assistant, claims negotiator, office manager, business analyst, freelance consultant and househusband. He now writes full-time and lives with his family in Brighton.For more information, visit his website at www.tombale.net.
Read more
Start reading Skin and Bones on your Kindle in under a minute.

Tom Bale had a variety of jobs before realising his lifelong ambition to be a full-time writer. He is the author of eleven novels, including the best sellers SEE HOW THEY RUN, ALL FALL DOWN and SKIN AND BONES. His latest book is SURVIVE, described as 'the ultimate summer thriller!' A keen cyclist and swimmer, he lives by the sea in Brighton.

Tracey Morrow
4.0 out of 5 stars Gripping and Intricate Thriller
Reviewed in the United Kingdom on 27 December 2016
Verified Purchase
I first discovered Tom Bale through Bookouture, one of my favourite digital publishers, and I absolutely loved See How They Run and All Fall Down, so it was with excitement and a little bit of trepidation that I downloaded Skin and Bones, Tom’s first novel (and now ten years old) when it was on offer recently.

The novel begins in a sleepy Sussex village. Julia Trent is back to clean out her parent’s house after they died suddenly, but her intended visit does not go according to plan when a gunman goes on the rampage, killing several residents of the village.

Julia is caught up in the bloodshed when she is chased down by the gunman. Hiding in a tree, she is astounded and terrified when she sees a second gunman appear. It is this second gunman who discovers Julia’s hiding place and shoots her. Badly injured, Julia’s recollection of the events is discounted by the police who follow the firm belief she is traumatised and only one gunman was involved in the massacre.

Julia joins forces with Craig Walker whose father was killed in the massacre, and together they find themselves embroiled in something far more sinister and deep rooted than either of them had envisaged in their worst nightmares.

The pacing at the beginning of the novel is very fast, and your heart is pounding along with Julia’s as she tries to escape certain death if she is caught, but I did feel it slowed down after maybe 25% or so. That said, the last half of the novel keeps you going – and keeps you guessing!

Skin and Bones is not an easy read. It is a complicated novel, interwoven with many threads, and you have to pay attention to follow it otherwise you will find yourself losing track. Therefore, my advice would be to read this when you have the time to devote the attention required.

There are also a lot of different points of view in the book (I think I counted nine), which adds to the complexity. I’m not sure every one of them was required and I think the author could have found a different way to get their point across, but having said that, it was interesting to see inside so many different heads, and having so many POV’s certainly helped to keep the identity of the second killer hidden until towards the end of the novel.

Skin and Bones has all the hallmarks of a Tom Bale novel – intriguing, complex and intricate. However, there were elements that I felt could have been cut without destroying the story and it would have perhaps helped with the pacing. Without doubt, Tom’s storytelling has improved, becoming tighter as he has progressed through his writing career. That’s not to say Skin and Bones isn’t good. It is. It’s very good, and I did enjoy it immensely.

I would give the novel four stars, but if the pacing in second quarter had been faster, this would, without doubt, have been a five star read.
Read more
6 people found this helpful
Report abuse

Kindle Customer
4.0 out of 5 stars Hard to Put Down
Reviewed in the United Kingdom on 13 November 2016
Verified Purchase
This came as pleasant surprise, from the start the story has so many twists and turns, you never know what's coming next.
What initially appears to be a lone psychopath on a violent rampage in the end becomes a combination of three separate murderers all driven by their own delusional rage.
Read more
2 people found this helpful
Report abuse

Fran Burke
5.0 out of 5 stars Fast Moving & Intriguing.....
Reviewed in the United Kingdom on 18 September 2012
Verified Purchase
This book holds your interest from the first page to the last. It is a fast moving story, and very intriguing, with numerous twists and turns - certainly edge of the seat material at times!

This book is well written and very descriptive. Set in a idealic Sussex village, you could quite vividly imagine the rooms in the old farmhouse and the Manor House etc. The characters were great, and you lived the story with them.

This is the first novel I have read by this author, but it wont be the last. A great read, and I can thoroughly recommend it to anyone who likes a fast moving thriller. Well done Tom.
Read more
One person found this helpful
Report abuse

jeff
4.0 out of 5 stars Very good
Reviewed in the United Kingdom on 22 March 2017
Verified Purchase
My first Tom Bale book and not my last. The bad guys were very bad and the heroine was a superhero. Very entertaining.
Read more
2 people found this helpful
Report abuse
See all reviews
Back to top
Get to Know Us
Make Money with Us
Let Us Help You
And don't forget:
© 1996-2021, Amazon.com, Inc. or its affiliates