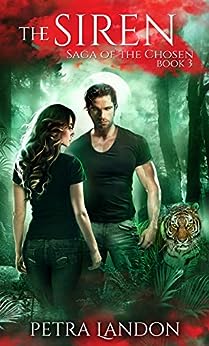 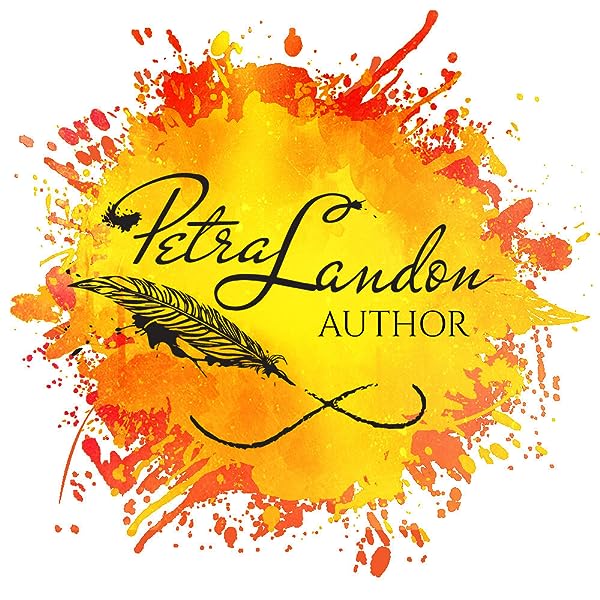 The Siren (Saga of the Chosen Book 3) Kindle Edition

Amazon Customer
3.0 out of 5 stars Reservations
Reviewed in Australia on 10 June 2021
Verified Purchase
Whilst I loved the first two books and rated them rights up there with my all time favourites, I felt this one was a bit convoluted and I didn’t like the betrayal between tasia and Raol. The plot still has merit and the writing is as good as ever but it left me unsatisfied, hopefully it is just mid story ark and the next book will put us back on track. I just felt this one was dragging out the romance unnecessarily and ending with misery didn’t sit well with me.
Read more
Helpful
Report abuse

Amazon Customer
5.0 out of 5 stars A must read series
Reviewed in Australia on 16 May 2021
I love this series and continue to enjoy Tasia's adventures with discovering her place in the world. Her character really develops in this book, as do her relationships with those around her. It's great that her main relationship goes through trials and isn't just a love at first sight thing. I also love the view on the different factions in this world. Cannot wait for the next book in the series!
Read more
Helpful
Report abuse
See all reviews

Kindle Customer
5.0 out of 5 stars Brilliant
Reviewed in the United Kingdom on 15 April 2021
Verified Purchase
This story keeps on getting better and better. The characters pulls you in and keeps you invested in the storyline. This is one of the best series that I have read in a long time This author truly delivers and I would recommend this series and all her books
I have read all her books and am waiting eagerly for more
Read more
Report abuse

Kindle Customer
3.0 out of 5 stars Two years...and still waiting
Reviewed in the United States on 4 April 2020
Verified Purchase
I can see why this book might get 5 stars from other reviewers. The author writes a great storyline...but... I waited TWO years for the third book to come out. The best way to compare the romance that brews between the two main characters is the scene in the Disney movie, "Zootopia" with the sloth at the DMV moving ever so slowly that it is painful to watch.Look, I am not asking for steamy, hot love scenes, but two years later and this is the third book and they can't even get to second base? Without spoiling the book for anyone, I will say the relationship between our lovely witch and alpha goes in the opposite direction. Again, two years I waited, and I cannot fathom waiting another two. Hopefully the next book doesn't take as long to be written, and hopefully the relationship comes to fruition.
Read more
4 people found this helpful
Report abuse

Kindle Customer
4.0 out of 5 stars Tasia tossed about
Reviewed in the United States on 9 September 2021
Verified Purchase
She has survived alone in the shadows. She's survived being with the Pack. She's even survived being in a cage with a silver sick Shifter. She's survived facing down the Alpha's beotan in a jungle. But can she survive what is staring her in the face?

Spoilers ahead.
We finally get the acknowledgement of the nightmares we've all suspected we're just random nightmares. Memories and visions haunt them both. His from experience, hers from a genetic fluke that she never asked to inherit. Both have suffered but instead of uniting I'm their shared pain they stand at constant odds. This book lured us in with hope, dancing ever closer to something dangled in previous books. The 1 thing I don't understand, no matter his pain, is how he could hold something like that against her. No one likes to be laid bare and vulnerable, even before loved ones. But, he more than most, understands how something within can betray you even against all fighting. And, honestly, he initiated it, even before pursuing her. How can he honestly forget how he healed her? Being what she is, tasting what controls her magic, the dots all line up. He's smarter than this. But, I guess, without struggle, the books would be a lot shorter lol. The travel, the breadcrumbs of other beings and powers, the coming together and breaking apart of all Chosen- like a swirling dance, is so interesting. Some of the deliberate misleading with the prophecy seems a bit contrived, especially as we continue to learn insights into certain characters. A lack of recognition, sure. But deliberate obtuseness is sometimes a bit much. But, still, the story is fascinating.
Read more
Report abuse

Sheena
5.0 out of 5 stars Fabulous and thrilling
Reviewed in the United States on 31 March 2020
Verified Purchase
I love this epic paranormal series, and this latest instalment is a fantastic continuation. There is such depth and complexity to the characters, and whilst essentially this is a suspenseful adventure story there is more than one slow-burning romance for those of us who enjoy a love story.

The author is a skilled and intelligent story teller. Her ability to weave a tale like a multi-threaded tapestry and to keep each strand secure and intact is a true gift. This author clearly loves her art, and her mastery of the English language is impressive. I like to think I have a way with words, but I have found myself reaching for my dictionary on more than one occasion.

This is a fabulous, and thrilling adventure story about a parallel world where magic exists alongside the mundane, and an epic battle of good and evil is played out with dire consequences for all , should the wrong side overcome... I received an early copy of this story from the author
Read more
Report abuse

Gaurav D
5.0 out of 5 stars Amazing read. Loved it!
Reviewed in the United States on 13 April 2020
Verified Purchase
I love the Saga of the Chose One series from the author and “The Siren” is a fascinating latest addition to the series. I re-read The Prophecy and The Rainmaker before starting on the Siren. The author is exceptional in keeping you engaged with the story with her twists and surprises and a masterful portrayal of the characters and what draws them towards making the choices they do.

The connection between Tasia and Raoul is captivating and beautiful. I enjoyed reading about Tasia’s background and powers and the actual prophecy and romance that is building up between some of the other characters. I can’t wait to get my hands on the next book in the series.
Read more
Report abuse
See all reviews
Back to top
Get to Know Us
Make Money with Us
Let Us Help You
And don't forget:
© 1996-2021, Amazon.com, Inc. or its affiliates