Siren Promised and over 1.5 million other books are available for Amazon Kindle . Learn more
Share <Embed> 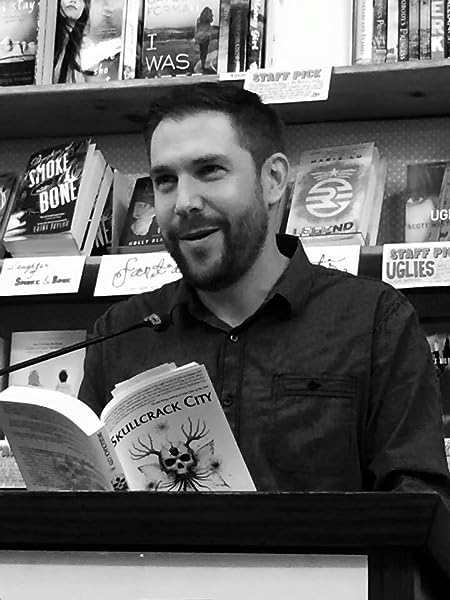 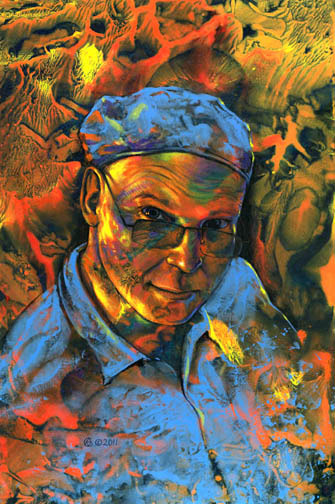 Page 1 of 1 Start overPage 1 of 1
Previous page
Next page
Start reading Siren Promised on your Kindle in under a minute.

David S. Nicholls
5.0 out of 5 stars Brilliant .
Reviewed in the United Kingdom on 29 January 2014
Verified Purchase
First, let me say that this book is not for the squeamish. It's not pretty,but it is beautiful. It paints a raw an honest picture of drug abuse and the pain that comes along with it. Jeremy Robert Johnson's writing immediately grabs you and pulls the reader into the story; as you read through you can feel the weight of the character's burdens and every ounce of their pain.

The story is paced perfectly, it isn't a quick read, it pulls you in and pushes you forward with every punch. Jeremy Robert Johnson is extremely good at pacing a story, his short stories in 'Angel Dust Apocalypse' are powerful and aggressive; 'Extinction Journals' is witty and clever, and both of theses are paced quite fast taking the reader on a roller-coaster ride of epic highs, and brutal lows but 'Siren Promised' gives something else, it forces the reader to slow down, while reading you almost fear being left in these places where the atmosphere is dark and heavy and you can taste the decay in the air.

Jeremy Robert Johnson's work stays with you, he brakes into your brain and abuses your hippocampus leaving you beautifully scarred with wonderful tales that never leave. In the future there will be support groups filled with people dressed in hospital gowns, quivering and pacing about, who have read Jeremy Robert Johnson's work and it has altered them; their depressed because they can't share it enough; broken because they have been lived with genuine raw characters that leap from the pages of his books and beg you to rescue them, but all you can do is read on and tumble down with them. I am proud to say that I will be in one of those support groups!

I would encourage you to read this book, share this author with all your friends and family (Grandma might not appreciate it, but I'm sure if you read it to her when she is sleeping some of it may sink in).

Schtinky
4.0 out of 5 stars A haunting tale that stares up at you from the bottom of life
Reviewed in the United States on 12 August 2006
Verified Purchase
Angie is twenty-nine years old, and used up by addiction and abuse. Getting clean, she knows she must break away from her lifestyle and boyfriend/dealer Cypher so that she can reacquaint herself with her thirteen-year-old daughter Kaya. What Angie doesn't know is that Kaya, living with Angie's pill-addicted and abusive mother Colleen, is being stalked by neighbor Curtis Loew, who wants a new family.

Before Angie can leave for her old home, her friend Stacy talks her into attending a rave, "just to dance". But Cypher is there, waiting for Angie. He corners her, forces some bad LSD into her mouth and rapes her. Angie manages to escape, injuring Cypher in the process, only to stumble into the woods where the drugs render her senseless. In her fugue, Angie has visions of Kaya dying.

With the bad drugs still running rampant through her brain, Angie must get herself together and find the money to get home immediately. Her fear for Kaya's well-being overruns her fear of Cypher. And while Angie struggles to get closer to Kaya, so does 'Uncle Curtis'.

'Siren Promised' is a story of wretchedness and redemption. The horrors of Angie's past and her current drug fugue are not sugarcoated. The atmosphere is bleak and filled with disturbingly dark situations, the characters are unlikable at best, and yet you may still find yourself rooting for the character's lost innocence to bloom again. Kaya's existence with Colleen is so horrid that even 'Uncle Curtis' looks like a good parental figure to her. Angie's life has been so wasted its practically impossible to believe she can reverse it, and yet right up to the final horrific confrontation it is Angie who dares to continue clinging to her hope.

Also noteworthy are the darkly beautiful illustrations by Alan Clark, a talented cover artist whose works I have always admired. I only recently discovered Jeremy Robert Johnson, and while I don't consider 'Siren Promised' to be his best piece, I most definitely look forward to purchasing more of his books. Enjoy!
Read more
5 people found this helpful
Report abuse

Bill
5.0 out of 5 stars Crisp writing with bleak and beautiful artwork
Reviewed in the United States on 17 February 2015
Verified Purchase
This one is very good and very, very dark. The lines get blurred between reality and a couple hits of seriously bad acid, as Angie goes on a quest to be reunited with a daughter she had abandoned years earlier. Unfortunately for her, in order to get to her future she will have to travel thru her past – a past with years of addiction and abuse that will haunt her every step of the way.

Amazon Customer
4.0 out of 5 stars Always enjoy JRJ's work
Reviewed in the United States on 2 August 2015
Verified Purchase
Always enjoy JRJ's work, definitely worth buying the paper back since the artwork is cool and really fits well with the book. The ending wasn't so surprising, but everything leading up to that was very interesting. Read it before bed for some interesting dreams!
Read more
Report abuse
See all reviews
Get FREE delivery with Amazon Prime
Prime members enjoy FREE Delivery and exclusive access to movies, TV shows, music, Kindle e-books, Twitch Prime, and more.
> Get Started
Back to top
Get to Know Us
Make Money with Us
Let Us Help You
And don't forget:
© 1996-2020, Amazon.com, Inc. or its affiliates