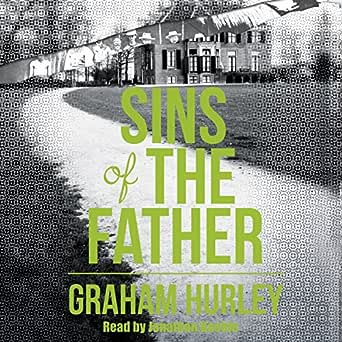 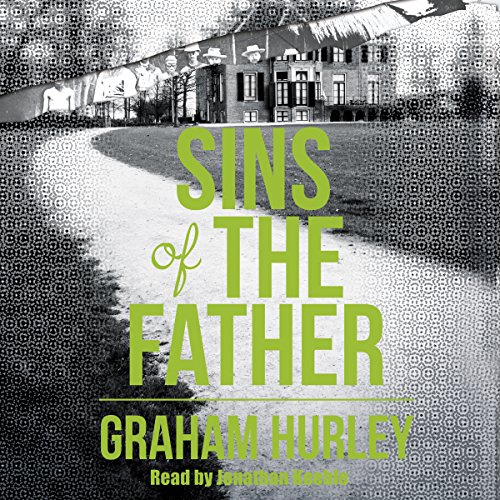 Sins of the Father: A DS Jimmy Suttle Novel

Cornwallgurl
4.0 out of 5 stars Hurley & Suttle rediscovered - with some reservations
Reviewed in the United Kingdom on 24 April 2017
Verified Purchase
I had rather forgotten about Graham Hurley. Having read all the Faraday and Winter books with great enjoyment - and getting to the sad finishing off of Faraday but not Winter, I was hugely disappointed with the first of the DS Suttle books, set in the West Country. Having originally been given a Faraday book by someone who knew we'd lived for quite a while in Pompey, both my husband and I greatly enjoyed them, including of course recognition of all the locations. Having lived in the West Country (where I was brought up) for the last 30 plus years, it is equally pleasing to recognise a lot more of the mentioned places, but I just don't get the same strong sense of place that the Portsmouth novels have, despite the author having moved down West. In fact, when reminded of Hurley's existence and checking out whether there were more DS Suttle books, I couldn't remember reading the second one, and had to get to the end of the sample before remembering that yes, I had. Not a huge recommend, as I can clearly remember quite a lot about most of the Faraday books. Anyway, off I went on the third one, and as ever, it was well written and enjoyable, although I did feel the details on the mental health services and the divergence into the unpleasantness surrounding the Mau Mau uprising in Kenya felt a bit bolted on. Particularly the latter. The characters are quite clearly drawn, but I have to admit in my general amnesia about Touching Distance that I had totally missed (or forgotten) that it appears that we are to conclude that Jimmy is “bi”. This was coyly hinted at in “Sins of the Father” and rather took me by surprise as I can’t remember the references at all. I also felt it was a bit of pandering to modern diversity issoos (in the same way that DI Houghton, Suttle’s boss, is a Lesbian – reflecting the modern Police Service no doubt, but a bit laboured).
Also in the same way that dear old decent, bird watching Jim Faraday was completely outshone by roguish Paul Winter (and to an extent Bazza) in the latter books of the previous series, I’m beginning to feel a bit of character takeover by the unlovable Lizzie. I’ve never warmed to her character, from when she was first introduced, although it is a skilful rendition of a prototype modern hard-drinking, slightly promiscuous young woman who grabs at her career with both hands at the expense of her nearest and dearest. I’ve always felt sympathy for her mother! However, it was a crass decision of Jimmy’s to move her, as a newish mother, away from family support, a busy, fulfilling job and a town to a crummy cottage in rural Devon. By the end of the 2nd book they were seemingly heading for a rapprochement, although I did wonder how the Police felt about quite such an energetic investigative reporter nosing around her husband’s cases. As others have noted, to be at the centre of two major headline grabbing criminal incidents in a short time smacks of carelessness (and the extreme unlikelihood of it detracts somewhat from this book). The family tragedy that is revealed alongside Suttle’s investigation of the murder in the title is well drawn and absorbing, Lizzie’s self-centred and frankly rather weird approach to coming to terms with it notwithstanding. Like all of Hurley’s books it is never less than a gripping read and I did enjoy it; I just don’t think they are on a par with the Faraday books. (But I’ve ordered the next one!)

Suzan
4.0 out of 5 stars An excellent read
Reviewed in the United Kingdom on 3 February 2015
Verified Purchase
This is the 3rd of the DS Jimmy Suttle series and there is enough back information included for this to be read stand alone. The plot centres around the murder of an elderly man. Running alongside this is a very personal investigation (any more about this would spoil it for the reader) being carried out by Jimmy's wife, Lizzie, who is a reporter.

Additionally the theme of mental illness is explored and through Hurley's detailed writing it gets you to think about how the signs are not recognised, or if recognised can be ignored; how this affects how a person thinks plus the difficulties that professionals providing support are up against.

Having read the previous two novels in this series. with the last leaving an impression that Jimmy and his wife were back on track, I was totally unprepared for the opening twist in the Prelude and Chapter One which was written so cleverly. I went back and re-read these straight away and of course the clues were there.

So why 4 stars and not the usual 5 stars that I give to Hurley's novels? Well, Suttle thinks to himself "Life as he knew only too well could take you by surprise". As a reader this is how I feel about his character - that he is a surprise to me (particularly his sexuality in the last 2 novels) and I don't feel that I know him that well. On the other hand Lizzie's character is so well drawn and the pain that she feels is expertly conveyed. Even the victim and his family were easy to relate to than Jimmy.

Overall, this is an excellent read, written superbly with a continuous pace so that you want to keep reading.

Norman R
3.0 out of 5 stars Suttle down...
Reviewed in the United Kingdom on 3 November 2016
Verified Purchase
I've been a fan of Graham Hurley since Turnstone but I think this may be where we go our separate ways. I thoroughly recommend his Joe Faraday novels to anyone looking for police procedurals with strong, interesting characters and an unflinching portrayal of the human cost of crime. The problem is that Jimmy Suttle isn't a strong character and in Sins of the Father he is almost a passive onlooker, even when it comes to his own life. The result is an enjoyable story which meanders agreeably from Exmouth and Portsmouth to exotic locations such as Ghana, Spain and Leeds, but Suttle is always a passenger, watching the world go by as he's ferried around by his colleagues and female companions. It would be great to see Hurley create another Paul Winter, or even another Bazza Mackenzie: men we may not like or agree with, but we still care about. It's hard to care about Jimmy Suttle.
Read more
Report abuse

rilenka
4.0 out of 5 stars Sins of the Father
Reviewed in the United Kingdom on 3 March 2017
Verified Purchase
I am a great fan of Graham Hurley and have read all of the Faraday and Winter series and think Jimmy Suttle is proving to be an interesting addition to these characters. Faraday had a basic sadness about him I always felt and the last book in that series tended to prove this, and I think Jimmy Suttle seems to have a little of the same introspection. Mr Hurley looks at difficult subjects but I'm not sure I agree with Lizzie's response to the death of her child, although she comes across as selfish and self-centred, but the fact that characters can be discussed as if real shows the power of Mr Hurley's writing so I await some more.
Read more
Report abuse

mikey_k
3.0 out of 5 stars I enjoyed all of the Faraday/Winter books
Reviewed in the United Kingdom on 27 January 2016
Verified Purchase
I enjoyed all of the Faraday/Winter books, and after a faltering start to the Suttle series the second novel was very promising. This 3rd book didn't live up to expectations though. Apart from the missing chunk between 2 & 3, Suttle's character lacks cohesion. Suttle was an excellent support character in the Portsmouth but he's no Paul Winter and seems to be going nowhere.The plot was interesting and Hurley developed it well but the ending was contrived and, to me, unsatisfying. I really hope book 4 doesn't disappoint too.
Read more
Report abuse
See all reviews
Get FREE delivery with Amazon Prime
Prime members enjoy FREE Delivery and exclusive access to movies, TV shows, music, Kindle e-books, Twitch Prime, and more.
> Get Started
Back to top
Get to Know Us
Make Money with Us
Let Us Help You
And don't forget:
© 1996-2020, Amazon.com, Inc. or its affiliates