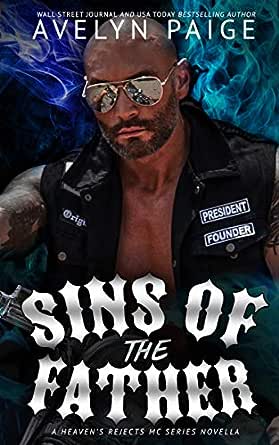 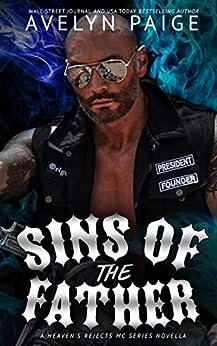 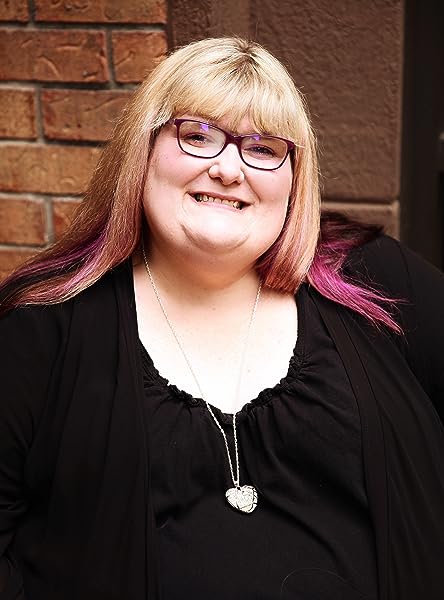 Robyn Corcoran
TOP 500 REVIEWER
4.0 out of 5 stars Another great book in this series
Reviewed in Australia on 6 October 2017
Verified Purchase
Avelyn Paige goes back in the Heaven's Rejects MC story to when Raze or Michael is young and his father is the president. Times are different but in a negative way, Raze is charged with the responsibility of the club and its future.

I have to say this story answers a few questions and is ideally timed. The characters are described so well that you feel no remorse when things happen to Raze's father however you also feel very empathetic toward the new young president.

As mentioned this is high in emotions that make you truly feel a part of the story. It's also nice to get to know Jagger a bit more, such a wonderful character.

I look forward to the next book and can only recommend you read this fabulous series to see for yourself how entertaining it is!

Nean
TOP 500 REVIEWER
5.0 out of 5 stars Five Stars
Reviewed in Australia on 10 September 2018
The Heaven’s Rejects MC was started for a brotherhood of me who loved their bikes, family and to ride, but it had changed, Mikey’s father had changed it and not for the better. Mikey has to take over the presidency suddenly and he is going to make sure the club pays for what his father did before his family does.
Mikey declares a war, he wants the club to have life again, but he has to clean up what his father did. You learn how Mikey gets his name Raze meet and meet the other members of the MC. Can’t wait to read the others in the series.
Read more
Helpful
Comment Report abuse

Chrissi
TOP 500 REVIEWER
4.0 out of 5 stars Short history lesson
Reviewed in Australia on 3 October 2018
This is a quick read, but a good introduction to the characters. This gives us the history of Heaven's Rejects and how they ended up where they are.
Read more
Helpful
Comment Report abuse
See all reviews

CLAYR CATHERALL
5.0 out of 5 stars 5 Stars!
Reviewed in the United Kingdom on 14 January 2017
Verified Purchase
This book takes us to the beginning of the Heavens Rejects MC. It is the story behind Raze becoming President of club and his family background...

Really enjoyed this book Avelyn Paige. It was great finding out more about Raze and how the Heaven Rejects came about.

Kindle Customer
4.0 out of 5 stars Good start to a series
Reviewed in the United Kingdom on 16 June 2017
Verified Purchase
This is a first from this author for me. A really good insight into this series. I just hope the intensity carried on into the next book.
Read more
Report abuse

Tpagirl Loves Romance
3.0 out of 5 stars Great Prequel to the Heaven's Rejects series! A must read!
Reviewed in the United States on 1 October 2017
Verified Purchase
Sins of the Father is the prequel to the Heaven's Rejects MC by Avelyn Paige. For those just starting the series, I recommend this as the first book. However, for those already in to the series, back up and read this one as well, regardless of the order.

I've read all of the books in the series to date, so my expectations were pretty low for this one. For me it's hard to write prequels that pack value once the beginning of the series has already been released. However, this prequel worked well. It was dark with tough and disconcerting scenes but it was necessary in order to set the stage well for the series on how they got to where they were when the series started.

We met the President of the Heaven's rejects in series books as Raze. However, in Sins of Father, we learned how Mikey Sanders a club member and the son of the first President became Raze and succeeded his father.

As a novella, it was a quick read with great background information for the series. I've already read Heaven Sent and Angels & Ashes, so I'm now looking forward to the next release, Absolution which focuses on Ricca and Jagger.
Read more
2 people found this helpful
Report abuse

Racycarr
5.0 out of 5 stars Great story
Reviewed in the United States on 10 June 2017
Verified Purchase
I am glad I got a chance to read this book. I have read all the other books in this series so far. This was was good to read because it filled in the blanks. It does not have the MC romance like the others have but it gives us insight to Raze the MC Prez and how he got to where he was.

Raze had went through so much in this book. It was a wonder he was not damaged beyond repair due to his father and the treatment he received. I guess it might of been his mother’s goodness that kept him sane and the thought that he was her and his sister’s only hope in keeping them alive from the man he called father.

We will get to meet other men from the MC as well and learn a little about them. When reading this book you get to see what a dark place the Heaven’s Rejects MC was really at. You will get to see how they got to the place they were at in book one.

Can other books in this series be read without this book? The answer is yes, but it there be question that will always be haunting your mind when it comes to Raze, Raze’s father, and the Heaven’s Rejects MC. Answers that will be answer in this book. It truly was a book worth my time and glad I was able to read the book.
Read more
One person found this helpful
Report abuse

Nikki ~ Saints and Sinners Books~
5.0 out of 5 stars My man is back!
Reviewed in the United States on 19 January 2017
Verified Purchase
And my Mikey is back. Everyone keep calm (not really) …who can be calm with my main man Raze back in action.

I loved this novella and was super excited that we get more Raze. There is no secret I love Raze… no really he is the perfect MC book boyfriend and he’s MINE! This story is Mikey’s younger years and the trials he had to overcome along with way. Mikey would do anything for his mother and sister, but his father is another story. There are times when Raze has to question what is right and what is wrong.

I adored seeing this side to him before he grew into being a total alpha male. I mean don’t get me wrong he was alpha in this book too, but let me just tell you the years were good to my man. One of my favorite parts is where Jagger gives Mikey his road name. My heart did a pitter-patter. I can’t wait to see what Ms. Paige brings next… even if it’s continuous books of Raze I will be completely fine with that. Don’t miss out of this series it’s addicting!
Read more
Report abuse
See all reviews
Get FREE delivery with Amazon Prime
Prime members enjoy FREE Delivery and exclusive access to movies, TV shows, music, Kindle e-books, Twitch Prime, and more.
> Get Started
Back to top
Get to Know Us
Make Money with Us
Let Us Help You
And don't forget:
© 1996-2020, Amazon.com, Inc. or its affiliates