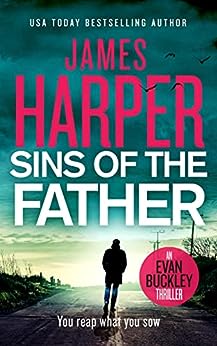 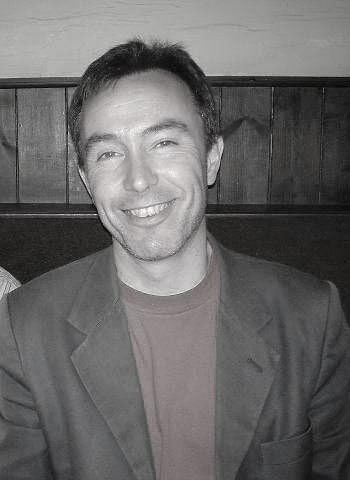 For the past twenty-five years James has lived in a 400 year old cottage in the woods with his wife and their cats, Leonard and Lily. In his spare time James does what he’s told (if he knows what’s good for him) and likes touring Europe on his motorbike.

You can sign up for James' readers' group at http://jamesharperbooks.com/free-book/ and get TWO FREE Evan Buckley short stories - Fallen Angel and A Rock And A hard Place. Both of these books are exclusive to James' subscribers - you can't buy them here on Amazon or anywhere else.

4.5 out of 5 stars
4.5 out of 5
255 global ratings
How are ratings calculated?
To calculate the overall star rating and percentage breakdown by star, we don’t use a simple average. Instead, our system considers things like how recent a review is and if the reviewer bought the item on Amazon. It also analyses reviews to verify trustworthiness.

Patricia Filby
5.0 out of 5 stars Wow! What a great read!
Reviewed in Australia on 6 October 2021
Verified Purchase
How often do we say “couldn’t put it down”? Well that’s how it is with this book. A “must read” for all you avid readers out there.
Read more
Helpful
Report abuse

Jan Funnell
TOP 1000 REVIEWER
5.0 out of 5 stars Evan Buckley has finally come of age
Reviewed in Australia on 7 February 2018
I found this story utterly enthralling and almost impossible to put down in short it was absolutely fantastic! The story is polished with lots of interesting twists and unexpected turns it is so much better than the first Evan Buckley that I’m beginning to think that the Author may have been deliberately hiding his light under a bushel. There were no clunky changes or awkward changes of place all melded well together and Evan’s self-deprecating humour have been retained and adds light moments in a story full of so many 'if only' moments.

I know that this story hasn't ended as we still need to know about Hanna's estate and what is to become of his daughter Lisa, plus, in the last couple of pages Adamson opens his eyes! Adamson is the last of the trio who are looking to do Evan Buckley serious damage.

If this is your first introduction to Evan Buckley and his efforts to become a competent Private Investigator there are enough hints and 'back in time' moments that it is quite to piece together Evan's history so that it is not absolutely necessary to read the earlier books to follow Evan's progress..
Read more
2 people found this helpful
Helpful
Report abuse

Ellen Oceanside
4.0 out of 5 stars DEADLY AGENDA
Reviewed in Australia on 8 February 2018
SINS OF FATHER. by James Harper.
Evan wasn’t to blame, Hanna, says about the son in law,. Another matter I want your help with, please investigate for me. I was a coward back then at eighteen and let my father handle it. Also, watch out for the low life his daughter was with, he has gambling debts. The people he owes might prove a problem. McIntyre had an agenda, of his own, a deadly one. As for Lisa he would dump her if not for the money.
Will Evan find the answer for Hanna. Was the right decision made so many years ago. Interesting plot, with twist and turns, people having their own agenda, for good or bad. Given ARC for my voluntary review and my honest opinion.
Read more
Helpful
Report abuse

Anne
5.0 out of 5 stars Another Great Evan Buckley Mystery
Reviewed in Australia on 7 February 2018
Sins of the Father
Another Great Evan Buckley Mystery. This time Evan is tasked with finding an heir for a dying Billionaire, and what a torturous task it turns out to be. Evan also comes closer to finding out what happened to his missing wife Sarah. That is providing he can stay alive, which isn't easy. You will love this writhing, twisting tale of murder and mystery I know I did, I had trouble putting it down.
I was given a free book in return for an honest review. Anne Rogers.
Read more
One person found this helpful
Helpful
Report abuse

Toots Sullivan
TOP 500 REVIEWER
5.0 out of 5 stars Great reading
Reviewed in Australia on 7 February 2018
This book was so exciting to read, the story starts with a great explosive scene and they just keep coming. I’d call it brilliant and written so well it’s easy to follow and become addicted to this character of Evan buckley and the police he cajoles and humours to help him. I thoroughly recommend this book you won’t regret reading it at all.
Read more
Helpful
Report abuse
See all reviews

Mel
3.0 out of 5 stars A good book
Reviewed in the United Kingdom on 26 October 2021
Verified Purchase
It is unfortunate that this book is a follow on to what I suspect are dozens of others in this series. It is not quite a stand alone book. Too many references to what has gone before. Characters lack depth and are a bit vapid. The story was a good one although I lost track of a number of characters on numerous occasions, even though one of them has the same surname as me. Don't know what happened to her either.
Read more
Report abuse

Mark
4.0 out of 5 stars Another fast paced thriller
Reviewed in the United Kingdom on 9 July 2021
Verified Purchase
Yet another super read from the Evan Buckley series. The art of great writing is to like the characters and James has managed to dot this in abundance. Looking forward to getting my teeth into the next one!
Read more
One person found this helpful
Report abuse

jean.
5.0 out of 5 stars Loved it
Reviewed in the United Kingdom on 1 June 2021
Verified Purchase
Once you start reading this book you can't put it down. There's so many twists and turns as the two strands of the story develop. I just hope there's a follow up.
Read more
One person found this helpful
Report abuse

MaggieM
5.0 out of 5 stars Excellent read
Reviewed in the United Kingdom on 13 October 2021
Verified Purchase
Another cracking instalment in the Evan Buckley series of books. Once I start reading I find it very hard to put the book down. Another one please Mr. Harper!
Read more
Report abuse

Madz
5.0 out of 5 stars Riveting and full of heady drama
Reviewed in the United Kingdom on 12 October 2021
Verified Purchase
Couldn't put it down, with really exciting twists and moving closer to finding out more of Evans past. Eager for the next instalment
Read more
Report abuse
See all reviews
Back to top
Get to Know Us
Make Money with Us
Let Us Help You
And don't forget:
© 1996-2021, Amazon.com, Inc. or its affiliates