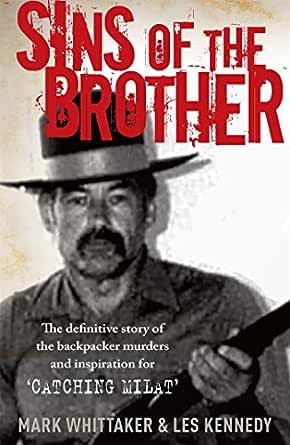 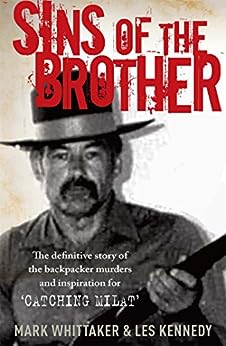 Sins of the Brother Kindle Edition

Like the Beaumont children and the Azaria Chamberlain cases before it, the backpacker murder case in Belanglo State Forest has entered Australian criminal folklore. Seven young people, most of them foreigners backpacking around Australia, brutally murdered, their remains uncovered in 1992 and 1993. It would take scores of police over three years, countless hours of forensic investigation, thousands of false leads and a few precious clues to charge and convict Ivan Milat for their horrific deaths.

Sins of the Brother is the definitive work on Ivan Milat, his family and the murders. Almost four years in the making, informed by exclusive interviews with members of the Milat family, key police investigators and Crown lawyers, this book reveals a family culture so bizarre it would lead inexorably to murder. It also scrutinises the police investigation-its remarkable success and failures, the dramatic turning point and the backbiting and bitterness that followed Milat's arrest.

Thought-provoking, totally unsalacious, an exploration of the darker side of Australian life as a whole, Sins of the Brother is a detailed and gripping read-a psychological thriller come to life.

Mark Whittaker is the author or co-author of eight books, including Sins of the Brother: The definitive Story of Ivan Milat and The Backpacker Murders, The Road to Mount Buggery: A Journey through the Curiously Named Places of Australia, and Love and Death in Kathmandu: A Strange Tale of Royal Murder. In 2005, he won the Walkley Award for Magazine Feature Writing for a story in the Weekend Australian Magazine about the people who ran into a burning daycare centre to save the children inside. Mark lives on the New South Wales south coast with his wife and sometimes co-author, Amy Willesee, and their two children.

Raelene
3.0 out of 5 stars Mixed feelings
10 March 2016
Format: Kindle EditionVerified Purchase
A long winded account of a deranged killer whose ego was fanned by a warped family who are either just as psychotic or condone his evil actions by covering up the shame and guilt, regardless of the innocent lives that were stolen. I thought this book was written quite badly and found it hard to follow with too much detail in parts, then jumping from person to person, and event to event, confusing me of who was who and what happened when. BUT I did manage to read it to the end out of interest. May the victims rest in peace and the families take comfort in the good times before these barbaric crimes took place. And may Ivan Milat rot in everlasting hell as that's the only place he deserves to be.
Read more
Helpful
Comment Report abuse

Broomlee
5.0 out of 5 stars Harrowing story
29 June 2015
Format: Kindle EditionVerified Purchase
I can't believe I was totally hooked on this book. The Malat family is an incredibly cruel and disfunctionaland family. One has to deeply feel for the families of their lost loved ones, and those that have never been found(and never will).The Police also have a lot to answer too as well, for not acting and believing the overseas families for so long.
Read more
One person found this helpful
Helpful
Comment Report abuse

Sno Dawes
5.0 out of 5 stars Gripping
21 July 2014
Format: Kindle EditionVerified Purchase
Detailed insight into a scary family and the sons who could inflict misery on many others with no compassion or remorse. Instils great empathy for the families of the victims and there tremendous sorrow.
Read more
2 people found this helpful
Helpful
Comment Report abuse

Go to Amazon.com to see all 16 reviews 4.1 out of 5 stars
Get FREE delivery with Amazon Prime
Prime members enjoy FREE Delivery and exclusive access to movies, TV shows, music, Kindle e-books, Twitch Prime, and more.
> Get Started
Back to top
Get to Know Us
Make Money with Us
Let Us Help You
And don't forget:
© 1996-2020, Amazon.com, Inc. or its affiliates