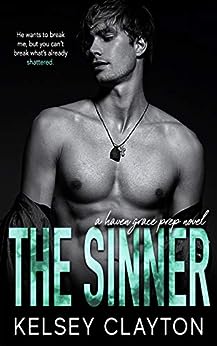 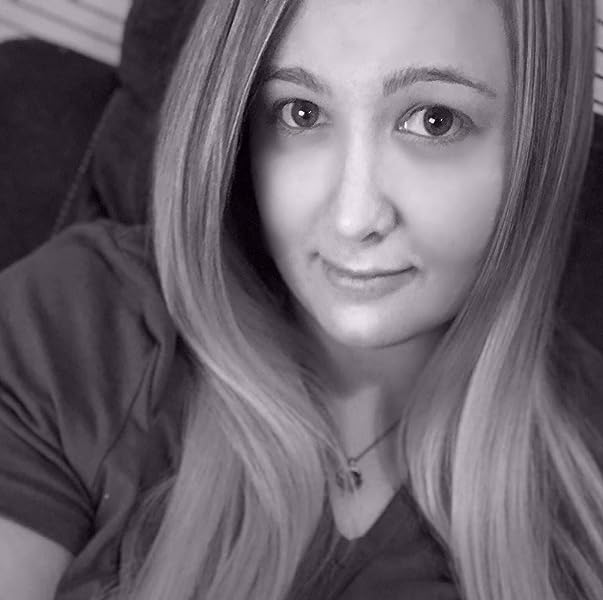 hana
1.0 out of 5 stars Not worth a finish
Reviewed in Australia on 7 December 2020
This book is written like the author got all of their knowledge on high school from Riverdale and it shows. The beginning seemed promising, especially because the heroine is the popular girl at school and I was hoping she wouldn't be a complete doormat (spoiler: she is). However, it quickly goes downhill when all she does is slut-shame another girl on the cheerleading squad to make herself feel better. What's worse is this is somehow justified by the author because Kinsley (the one being slut-shamed) attempted to frame her for r*pe. That's disgusting, but it still doesn't excuse all of their friends contributing to the shaming, calling her a "walking STD" and telling her "spreading your legs for every boy that looks at you isn't proper stretching" etc. Where is the justification? Even though Kinsley did something horrible, there should be no excuse for one girl consistently shaming another for having sex.

Grayson, the apparent bully of the story, is constantly reminding us he's vindictive and evil but never does anything of the sort. If you want to write a villain, maybe actually show them doing something villainous? That's just a suggestion. Not to mention, am I supposed to be scared of a boy that vehemently hates someone for unknowingly doing something bad when she was nine years old? She was nine. Not even double digits in age. And that's a valid excuse to ruin someone's entire life? Then, he also contributes to Kinsley's slut-shaming, but then uses her for sex to take his mind of Savannah. I mean, PLEASE MAKE ALL OF THIS MAKE SENSE. You're going to call her a whore constantly and then ask her for sex? WHERE IS THE LOGIC?

I can't believe we're in the year of 2020 and adult authors still think it's acceptable to justify slut-shaming and constantly put other girls down in their novels to make their pure, bland heroine have more personality. Meanwhile, the heroine in question's only personality trait is being a virgin. Imagine how tired we are.
Read more
2 people found this helpful
Helpful
Report abuse

Tash @ Soul Sisters Divine Moment with Books
TOP 500 REVIEWER
5.0 out of 5 stars Awesome book!
Reviewed in Australia on 30 March 2020
This book was just what I needed!! I really needed something to break up some of the darker and heavier books I have been reading lately and The Sinner was perfect in more ways than one. ⠀
Although this is classed as a high school bully book, I think it is more enemies to lovers as the bully aspect is lacking. ⠀
Savannah is such a strong and sassy FMC. She is the poor girl with the terrible home life but she is also the popular girl that everyone wants to be friends with. ⠀
Grayson is her childhood best friend, who mysteriously moved away but is back for his senior year and is set out to destroy Savannah as he blames her for destroying his family. ⠀
He is the typical QB, possessive and jealous alpha male and boy does he play the part well. ⠀
The storyline was easy to follow and entertaining with just enough drama and angst. Although it doesn’t end in a cliffhanger and the next book will be focusing on a different couple (I totally called that it would be Knox and Delaney btw) it does leave you with one unanswered question. ⠀
Cannot wait to read The Saint!!! Knox is a mystery and one bad boy I cannot wait to learn more about
Read more
One person found this helpful
Helpful
Report abuse

Savannah is the popular girl, the captain of the cheer squad and a talented dancer who all the boys lust after. The picture perfect life she has built around herself is far from her reality at home.

Grayson is the star quarterback who's back in town for his senior year. He came back on a mission to destroy his ex-best friend, but the sexual tension between the two threatens to derail his master plan.

I've never really been much of a fan of bully romances in the past but Kelsey Clayton may have just swayed me to the dark side! I loved everything about this book and couldn't wait to sit down and get reading after work each day. Definitely looking forward to the next in this series.
Read more
One person found this helpful
Helpful
Report abuse

The Sinner is the first standalone novel in Kelsey Claytons new series Haven Grace Prep . Another new author to me and I LOVED it!

Kelsey killed it with this bully romance. It gave me all the feels and I loved both Gray and Savannah! Two childhood friends who were separated because of something that happened only for Grayson to come back a decade later for revenge.

So much angst and tension I just couldn't get enough of these two! I loved all the secondary characters as well and I can't wait to get all of their stories!

Kindle Customer
4.0 out of 5 stars Beautiful read gray and sav
Reviewed in Australia on 21 March 2021
Loved this story and loved the friendships in it. This is my second read by this author. Had me tearing up, cracking up and swooning lol this book has a little bit of everything I love the alpha hotness hero the sassy heroine and the story line can't wait to read more.
Read more
Helpful
Report abuse

Charlotte's reviews
TOP 1000 REVIEWER
4.0 out of 5 stars Hmm..
Reviewed in Australia on 21 August 2020
I actually didn't love this book. I thought Savannah was snobby and entitled, and didn't like how she treated others.
I did enjoy Grayson and thought he was the right match for Savannah.
I realise there are more books in the series, so I'm excited to read about Knox and Delaney.
Read more
Helpful
Report abuse

LR King
TOP 500 REVIEWER
1.0 out of 5 stars Ridiculous!
Reviewed in Australia on 9 February 2021
Could the author be any more juvenile?? And what’s with the rampant slut shaming from the heroine to another girl? Was that supposed to be funny? All it did was prove this author has some issues she needs to work on...
Read more
Helpful
Report abuse

S Ryan
5.0 out of 5 stars DAMN
Reviewed in Australia on 23 June 2020
This book was incredible from page 1.
If you want a story to get hooked on, Savannah and Grayson is what you’re looking for!
Read more
Helpful
Report abuse
See all reviews

Natalie power
5.0 out of 5 stars Amazing!
Reviewed in the United Kingdom on 14 March 2020
Verified Purchase
This is a first time author for me and it's such an amazing read.

Kelsey clayton has written an amazing book! I loved the way the characters blended well together. The hate and emotion is so relatable that you feel what they feel.

Savannah and Greyson are my new favourite characters and I think they will be for a while.

Pick this up immediately!
Read more
One person found this helpful
Report abuse

Vanessa
5.0 out of 5 stars Aww
Reviewed in the United Kingdom on 13 June 2021
Verified Purchase
Aww this was sad and beautiful, 2 eople mad in love and one secret that would have ruined everything, I'm glad savi and gray got the hea even if it was hit and go at first
Read more
Report abuse

Kelly Kelsey
5.0 out of 5 stars One of my fave reads of 2020
Reviewed in the United Kingdom on 20 September 2021
Verified Purchase
This was my first book by Kelsey and had me hooked. I absolutely love Savannah and her strength. And although Grayson had his moments where I wanted to shake him, in the end I loved him too.
Read more
Report abuse

Anja Dettmann
5.0 out of 5 stars A perfect bully-enemies-to-lovers romance!
Reviewed in Germany on 12 March 2020
Verified Purchase
Another first-time-read of the author by me and she got me hooked with this one.
What for a wild ride!

Grayson came back with pure hate for Savannah after they haven't seen each other for over eight years. Something awful happened to his father and now he wanted revenge - revenge on Savannah. In his eyes she is the one to blame for.

Savannah on the other side didn't knew why he left eight years ago and why he is so hateful. She has a lot other personal problems as her childhood love returned home.

At first I thought: what for a bitch she is! But why she behaved the way she is, will be revealed and I'm going to love her. You really need to see behind her bitchy attitude. There is a reason behind it. She is strong. So damn strong!

Gray ... I love-hate him. Although he is such a jerk and somehow cruel, I couldn't stop to fall in love with him. He is so hot and cold to her, he is also changing throughout the book. He's changing in some ways but also repeatedly tore Savi's and my hearts out of the chest. Stomped on it. Spit on it. Shredded it ... and put everything perfectly together in the end.

The side characters are well written in my eyes, too. She truly has very good friends she can count of.

I still suffering from a book-hangover and really recommend this book to you! I'm looking forward for the second book in the series: The Saint.

☆☆I received an ARC for an honest review. ☆☆
Read more
Report abuse

Nikki
4.0 out of 5 stars So many tropes I love
Reviewed in Canada on 4 March 2021
Verified Purchase
Childhood sweethearts - check
Enemies to lovers - check
Dance/football - check
A little mystery and of course a plot that wouldn’t exist if the characters had a conversation to clear up a giant misunderstanding. I loved the characters and the idea behind the plot but some of the execution wasn’t plausible which irks me in a contemporary romance. Still enjoyed immensely. Savi and gray are *chefs kiss*
Read more
Report abuse
See all reviews
Back to top
Get to Know Us
Make Money with Us
Let Us Help You
And don't forget:
© 1996-2021, Amazon.com, Inc. or its affiliates