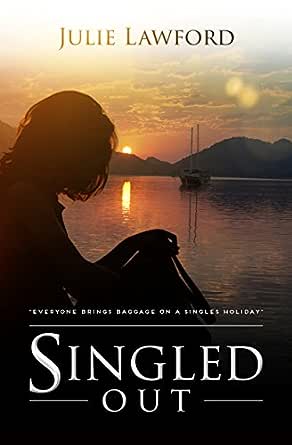 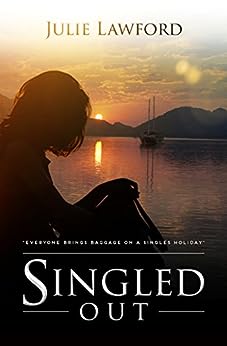 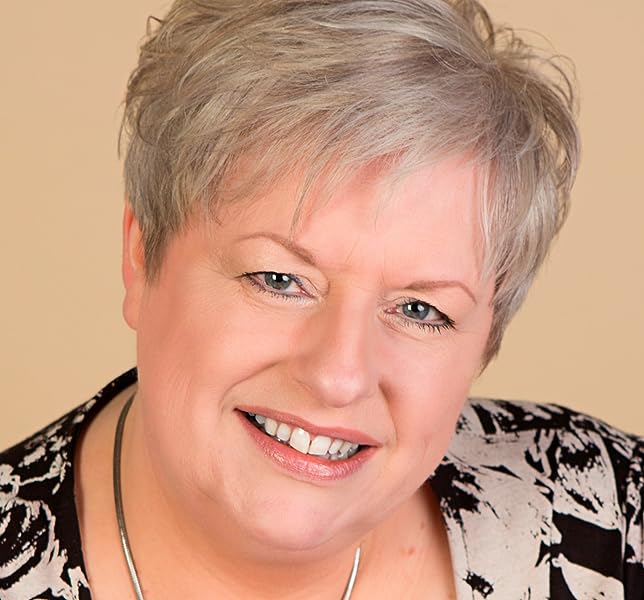 Mr Dylan S Hearn
5.0 out of 5 stars A great, dark, holiday read.
Reviewed in the United Kingdom on 20 February 2015
Verified Purchase
In Singled Out, Lawford allows us to join a motley crew of mature singles as they head for a holiday on the Turkish coach. But as the opening scene in the book suggests, not everybody in the group are who they seem.
If you're going on beach holiday and you're a lover of creepy, psychological thrillers, then this is the book for you. In it, Lawford allows us to experience the full delights of a Mediterranean break, with the foods, the sights and the nightlife being described with a delightful richness to stimulate all your senses.
The characters are recognisable but not stereotypical, and with Brenda Bouverie the author has created a wonderful protagonist, very different from anybody I've read before. She's wonderful combination of her the sensuous, with her love of food and drink; the steely, but with an underlying vulnerability that makes her a very special character indeed.
This is not, however, a book for the feint-hearted. The assault scenes in particular, while very well written, don't pull any punches, but for me that's as it should be. Horrible things should be portrayed as horrible. And it makes you all the more engaged in the search for who's responsible.
What I loved most about this book is the exploration of moral grey areas. there is a particular dilemma that Brenda faces which you have no idea which way she will turn to almost the final page, and even then it's difficult to tell whether the right decision was made, depending on your own viewpoint. This was very well done.
Overall, I would recommend this to anyone who enjoys their thrillers to be a little dark and edgy, but with some warmth thrown in. Oh, and foodies. This is a great book for food lovers.
Read more
One person found this helpful
Report abuse

GraemeCumming
4.0 out of 5 stars Something Unusual - Leaves you Thinking
Reviewed in the United Kingdom on 30 September 2016
Verified Purchase
I actually read Singled Out a while ago, but it’s taken this long to write a review because I couldn’t quite work out how I felt about it. Which doesn’t sound very promising, I know, but let me clarify.

The first thing to say is that the blurb does mention holiday romance, but (and undoubtedly this is because of my own preferences), I focused on the element of intrigue that’s hinted at. In a sense, that focus of mine was underlined by the opening chapter, which does more than hint at a darker side to the story.

So, buoyed up by this expectation, I expected more of the same to come. And there was more, but it came out very gradually while there proved to be a greater emphasis on the interactions between the holidaymakers and the developing relationships between them.

In reality, this is a book about relationships – more accurately, how they can develop. The intrigue is a subplot which adds an additional edge to the story, creating tension where you might not normally expect to find it. The characterisations are excellent, realistically exposing the good and bad in all “cast” members. This is essential for a book of this kind, leaving you feeling as if you’ve actually met these people.

Julie Lawford reveals at the end that she is an independent author, and that does make sense. My feeling is that, if this had been presented to a traditional publishing house, they would have forced her to either drop the intrigue or tone down the romance. The fact that she didn’t have to do that means we get something unusual, something that doesn’t fit neatly into a genre. And, as a result, I got to spend several weeks still mulling over what I’d read, which is more than can be said for a lot of the stuff that’s out there.
Read more
Report abuse

Stephanie Jane (Literary Flits)
4.0 out of 5 stars Definitely a cut above the norm
Reviewed in the United Kingdom on 7 July 2015
Verified Purchase
Author Julie Lawford and I got chatting originally on twitter where I was envious of her new bookshelves! She had tweeted a photo. On discovering that she had published her debut novel earlier this year, and because I am always nosey where books are concerned, I took a look at its reviews and decided that Singled Out might well be a read for me. I was right - it's a really good book!

Set on a singles holiday in Turkey, Singled Out is much more than a light beach read. In the very first chapter we meet an anonymous man who is preying on women. We soon learn that he is part of the holiday group, but not which male character he is or which of the female characters are at risk. Lawford deftly presents her story from two perspectives - a straightforward third-person recounting of the tale is interspersed with chapters from the point of view of The Man - and this creates a chillingly creepy atmosphere. I enjoyed trying to pick up clues and then discovering they could be applicable to multiple men. Great writing!

My favourite character is our heroine Brenda with whom I found it easy to empathise. She has a degree of the obligatory tortured soul persona, but is also warm and caring. She loves her food and the frequent descriptions of Turkish cuisine had my mouth watering and almost a plane ticket booked! It is refreshing to read about a woman who is not a stick insect and also not desperately trying to become one, and I liked that she is portrayed as strong, independent and desirable. Jack's existence is nicely veiled and explored in an intriguing sub-plot.

Lawford's presentation of people and places makes it easy to envisage what is going on and I know people just like Adele and Veronica. Singled Out is a good crime mystery read that is more about the participants than just the chase. The writing and plot have an interesting splash of originality and this book is definitely a cut above the identikit mainstream norm.
Read more
One person found this helpful
Report abuse

Marcus Case
5.0 out of 5 stars A Terrific Holiday Read
Reviewed in the United Kingdom on 2 July 2015
Verified Purchase
Most definitely for those who enjoy a book with an uncomfortable edge, 'Singled Out' is one of the most striking novels I've encountered in a very long time. With its short chapters, punchy dialogue, intriguing characterisation and wonderful descriptive passages, it'd make a terrific holiday read. And it'll haunt your reflections long after the final page has been turned.

It is also one of the bravest pieces of writing to have come my way in a long time. In a masterful opening scene, Lawford leaves her readers in no doubt about her ability to grasp material that many writers would avoid, and bring it to the page without reservation. Those who choose to stay the course won't regret their decision, but should be aware that this narrative demands to be treated with the respect it deserves. Lawford's pen doesn't pull any punches. Her ability to write certain scenes from the male perspective is, quite simply, astonishing.

But who is the male in question? From the moment the opening scene strikes home, the reader is faced with a gripping quest to solve this burning question. It is here that Lawford's talent really comes into its own. She weaves a complex tale with disarming ease and leads her readers from twist to turn with effortless skill, and at a gentle pace offering deceptive comfort to the unaware (until the next shock comes their way). This is writing as a craft.

Lawford also offers her readers a polished, professional product. Its cover is atmospheric and the patience of a careful edit is evident on every page. On rare occasions I come across a novel that restores my faith in contemporary fiction. 'Singled Out' is one such title. I'll never forget it.
Read more
3 people found this helpful
Report abuse

Wilma Lettings
5.0 out of 5 stars Very good
Reviewed in the United Kingdom on 18 June 2017
Verified Purchase
A very well written thriller set during a holiday trip to Turkey, organised for singles. You might assume that this could be chick lit, but that would do the character depth and writing style grave injustice. While certainly appealing to female audiences this novel doesn't limit itself to pure light-hearted romantic interests but visits darker sides of the dating game and crime.
Using alternate narrative strands and voices we get insight into the characters, but we're shown enough to be drawn deep into these characters.
Things are not as they seem and while you have an incling what is about to happen, be assured that there are always surprises waiting for you.
Not the kind of book I had originally expected but in fact, a much better one. Very good!
Read more
Report abuse
See all reviews
Back to top
Get to Know Us
Make Money with Us
Let Us Help You
And don't forget:
© 1996-2021, Amazon.com, Inc. or its affiliates